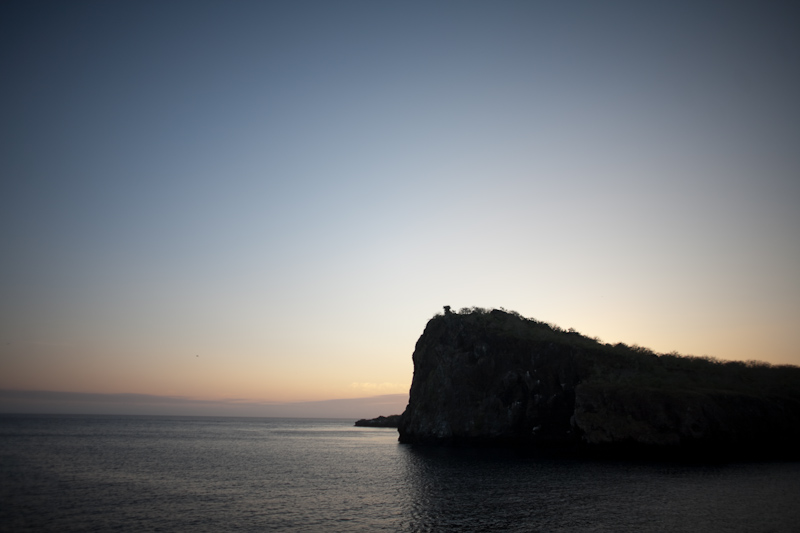 We got on the boat, had dinner and then went to bed.  The next morning, I woke up for sunrise as the boat was setting anchor near Espanola Island aka Hood Island.

It was about 6:02am when I took this photo.  I was still super sleepy, so I went back to sleep before breakfast.

We had breakfast around 7 and then after getting dressed, took a panga to the beach.

The first steps onto the island at Gardner Bay were pretty amazing.  there were sea lions everywhere and it felt like we were the only humans on the island.  These are Galapagos sea lions (zalophus wollebaeki). 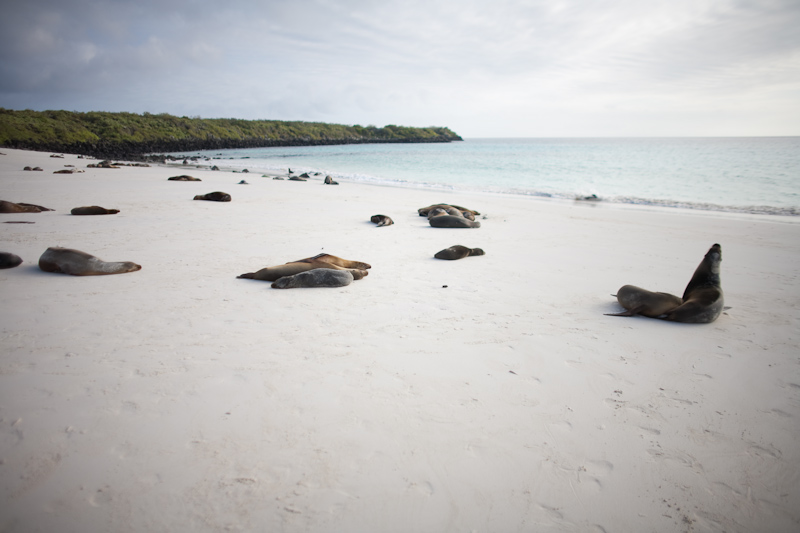 and here is a very curious Galapagos mockingbird (Mimus parvulus.  I am looking up the genus and species of what I have pictures of in hopes that it will help me learn a bit more!).  These little guys are bold and curious and are crazy attracted to water bottles and shiny things and my girlfriend’s thatchy hat. 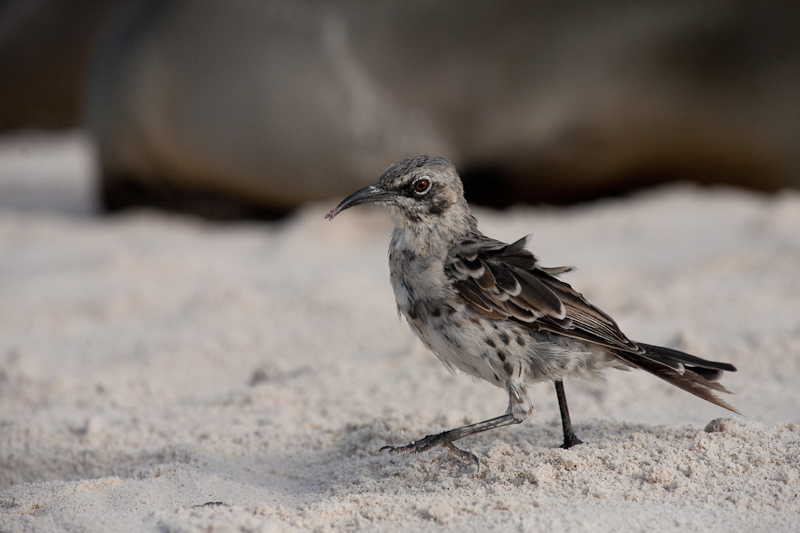 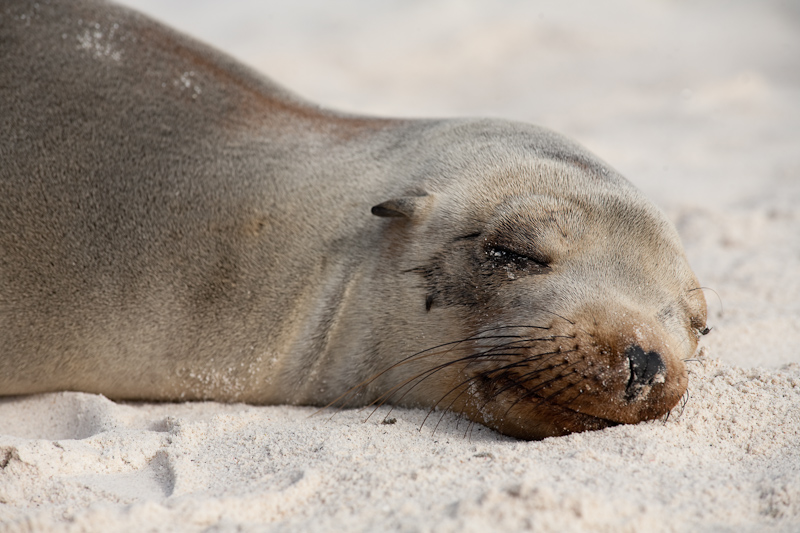 It was very interesting how there were so many sea lions who were not doing very much, but the entire colony was constantly making noise and in motion. 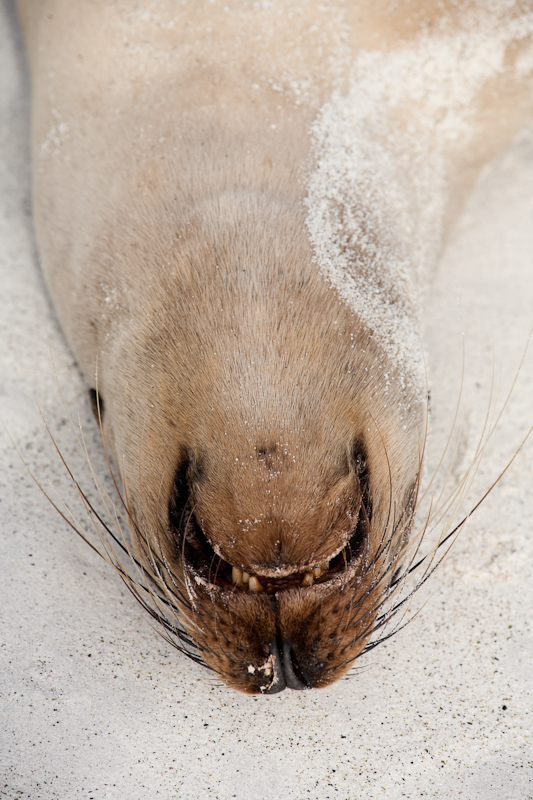 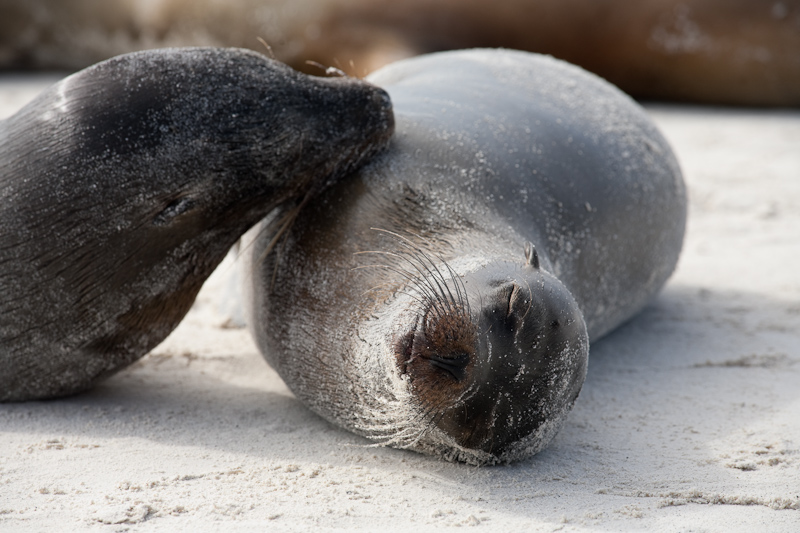 a marine iguana (Amblyrhynchus cristatus).  I did not know until seeing the Wikipedia article that marine iguanas are only found on the Galapagos islands. 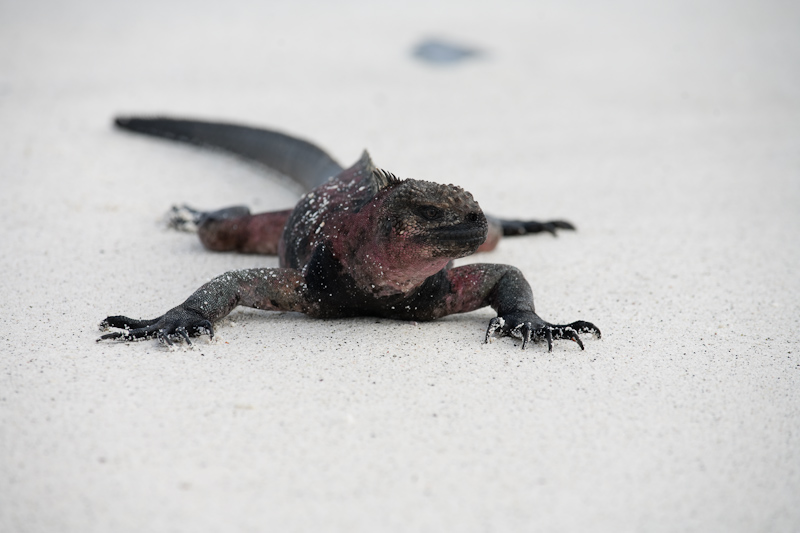 We walked from the beach to the rocks and saw a galapagos four-eyed blenny (Dialommus fuscus).  These fish can crawl out of the water and spend a decent amount of time  breathing air. 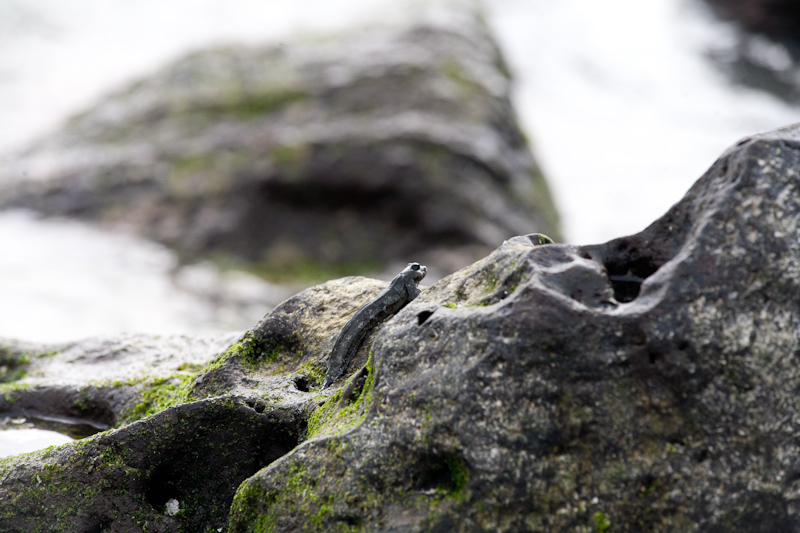 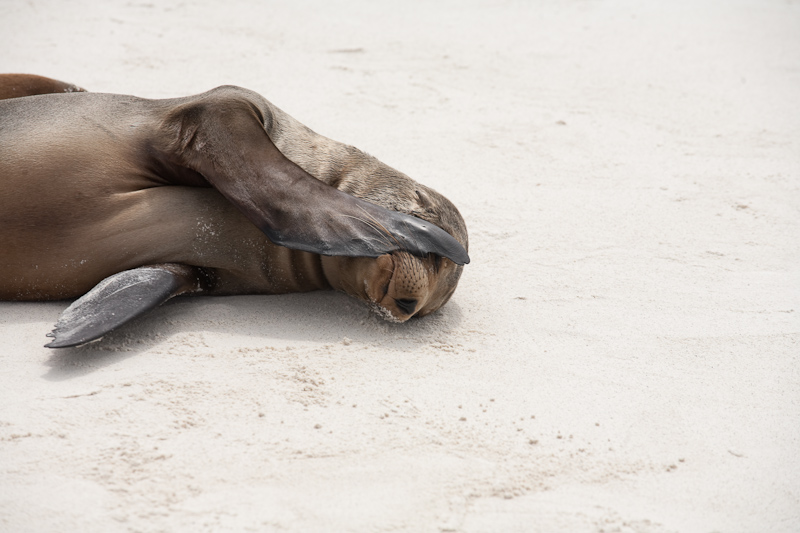 It didn’t take too long for us to be treated to our first blue-footed booby (Sula nebouxii) sighting.  This was probably the animal at the galapagos that I was asked most about before and after the trip.  Wikipedia has taught me the following interesting facts about these boobies:

3) I was hoping to explain why they have blue feet, but I still don’t know. 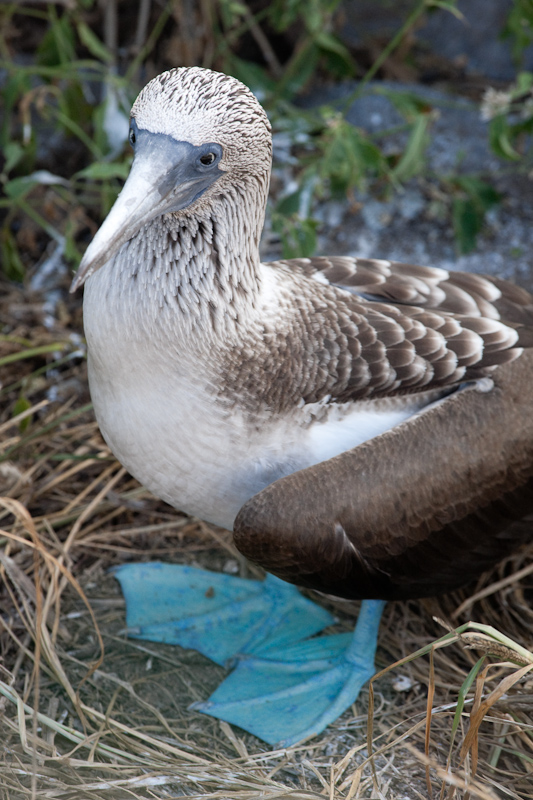 there are a few other types of boobies on the Galapagos islands.  These are Nazca boobies (Sula granti) and they are doing a courting dance.   they lay two eggs at once, and the older chick basically kills the younger chick. 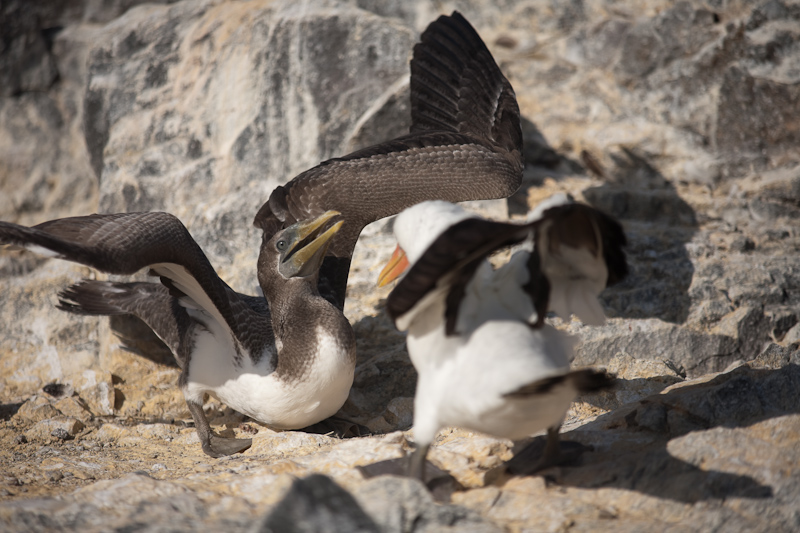 we still saw plenty of sea lions on the way back to shore. 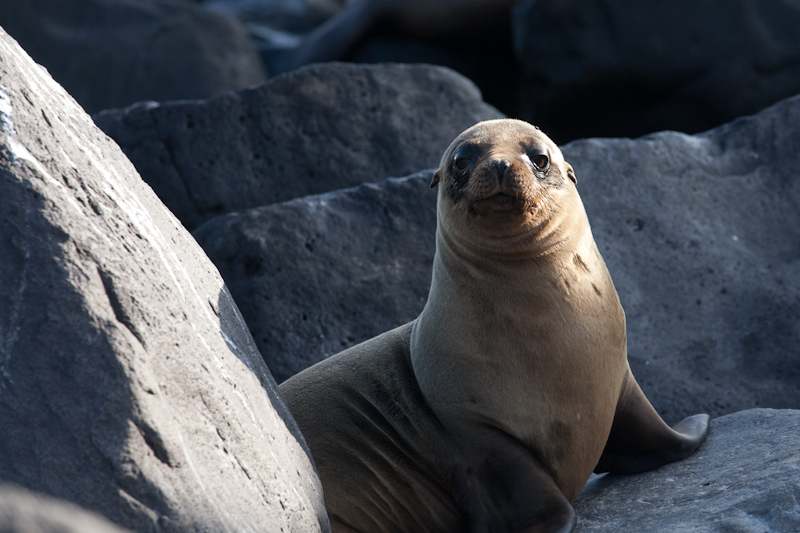