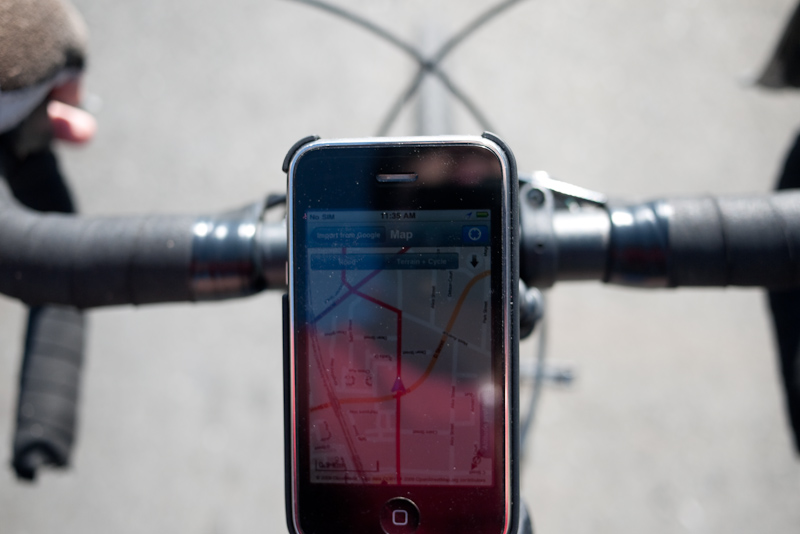 I did a very flat 60 mile ride to San Jose yesterday with the commuter bike and a pannier.  I didn’t want to spend the entire day on the bike, so I took BART from Hayward and started there.

I needed to repurpose my old iphone 3G and finally found a worthwhile use – GPS using the Trails Lite app.  I created a route on mapmyride.com (yes, I used them despite their obtrusive ads), exported to .gpx and then loaded the .gpx file onto Trails Lite.  I can’t tell if it’s the app or the jailbroken OS (which I had to do since I lost my old sim!) that’s unstable but it crashed maybe 8-10 times over the course of the 60 miles.  GPS works reasonably well without a network and a compass.  I do wish that the screen were easier to read while riding and the app would tell me when to expect my next turn and which road to turn onto.  But, I guess that’s why there exist turn-by-turn navigation apps.  The iphone was held on there with one of those gorillapod holders.  It works decently well but it’s definitely not as secure as a clamp. 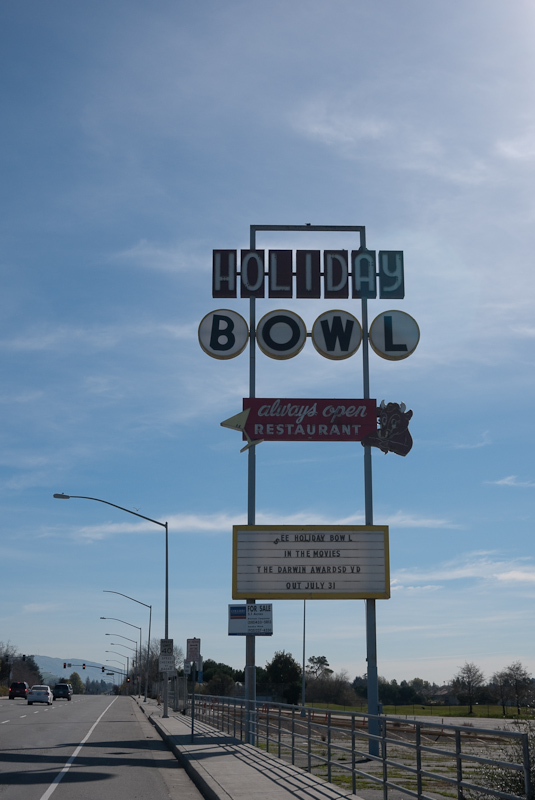 There was a lot of flat, straight riding.  Some roads were heavily trafficked with fast-moving cars (but at least a decently wide bike lane) and others seemed a bit more industrial with few cars at all.  In the residential areas, I saw tons of yard sales.  It was a good day for a yard sale.

I spent quite a bit of time on Mission Boulevard.  The Holiday Bowl has a pretty awesome sign.  I wish it were still open so I could have checked it out. 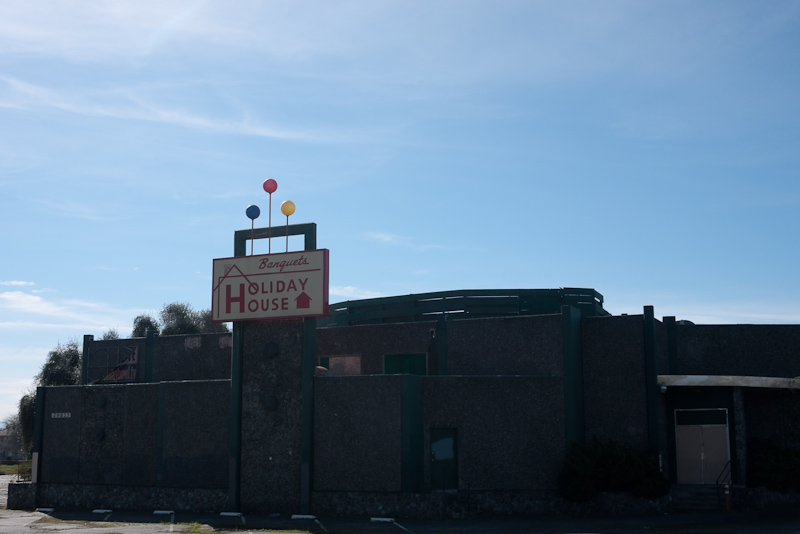 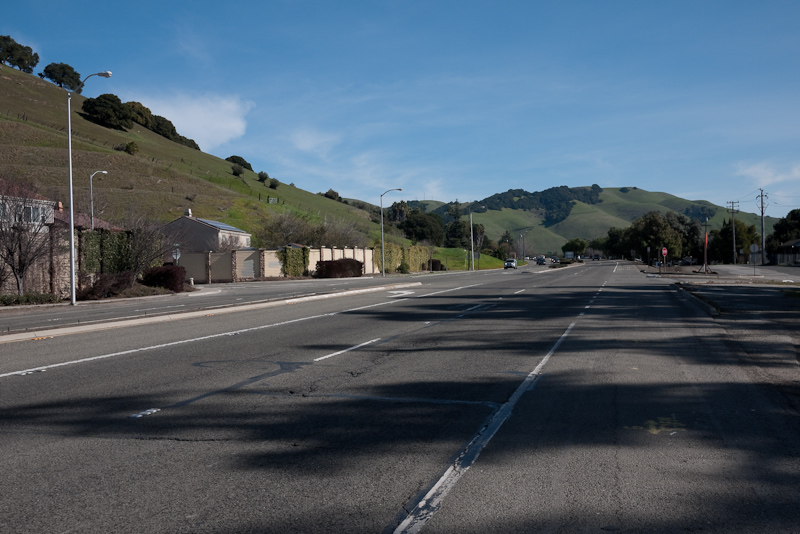 It was kind of funny riding along the hills – my route was super-flat which made me feel strangely guilty. 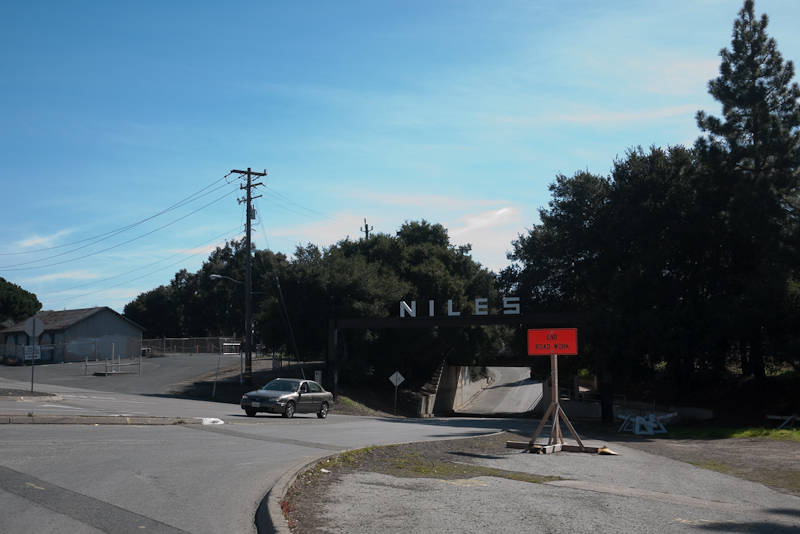 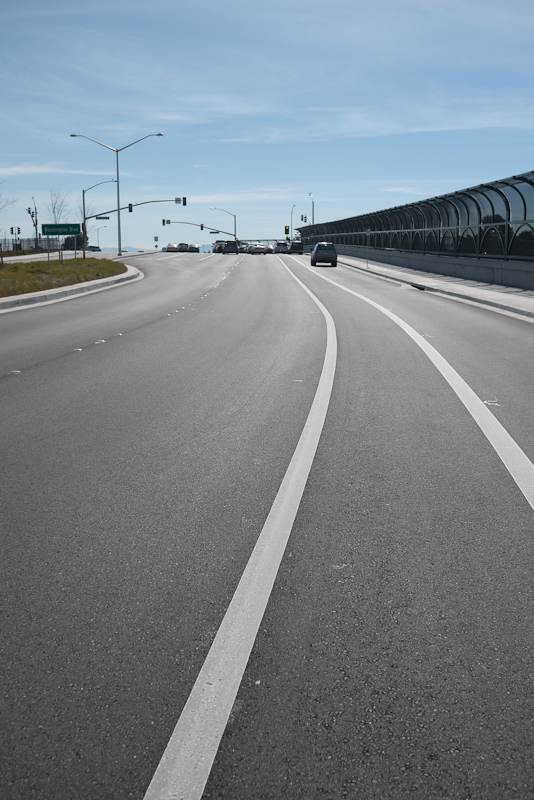 The route got kind of weird at points.  I feel a bit uncomfortable near highway ramps but at least there was a bike lane. 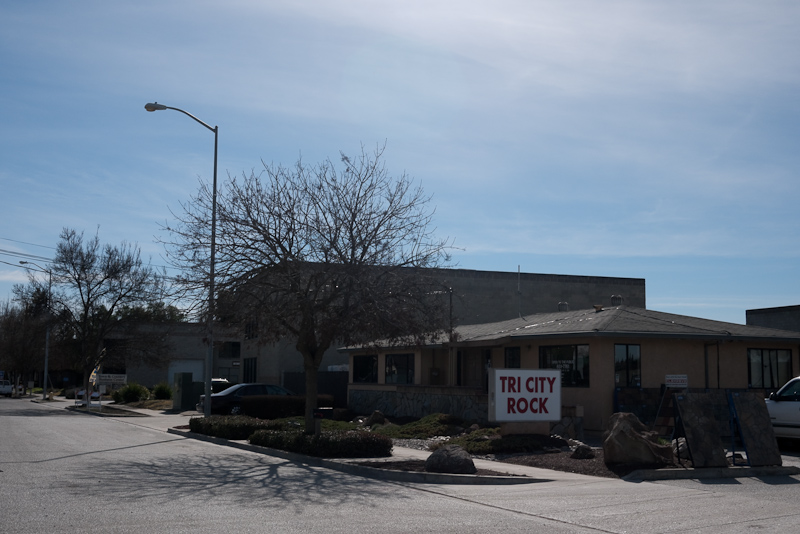 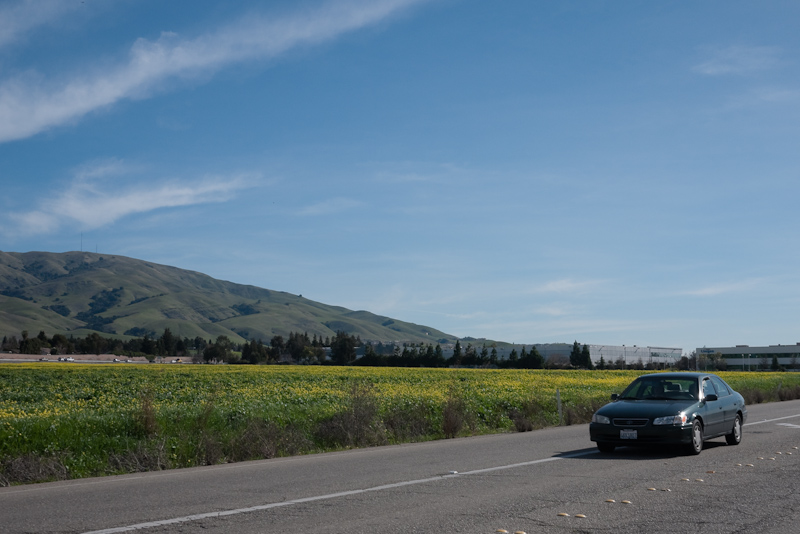 This was a stretch on Warm Springs Boulevard.  Pretty during the day but a bit scary at night if you don’t have lighting. 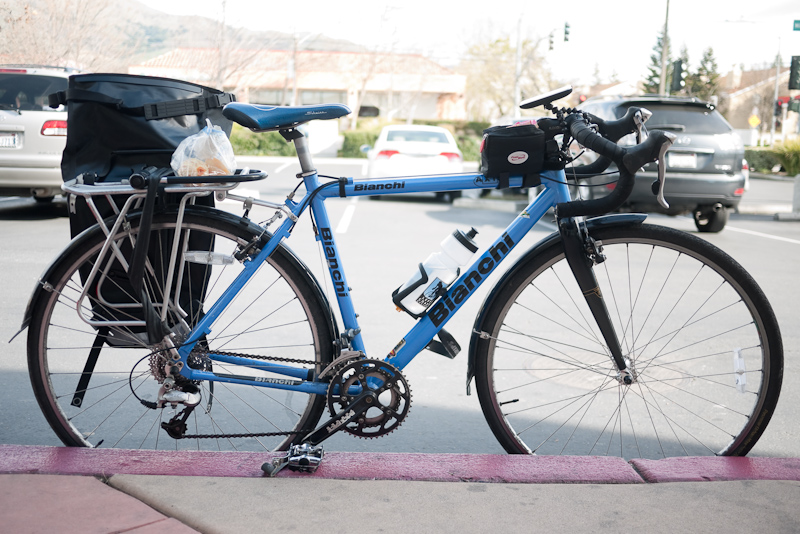 I took a quick break in Milpitas in front of Yang Dental to have an orange.  I don’t think I’d been to Milpitas before.  There were a fair number of cyclists out on Milpitas blvd, probably either heading to or coming back from a ride in the hills. 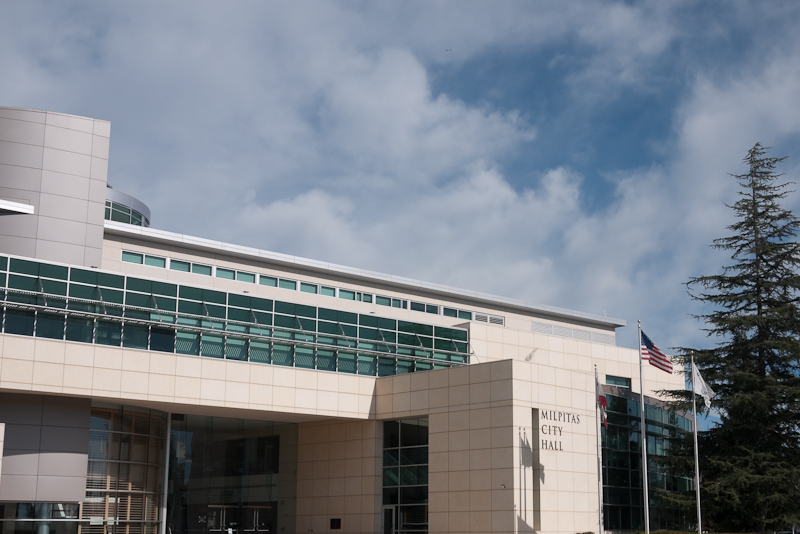 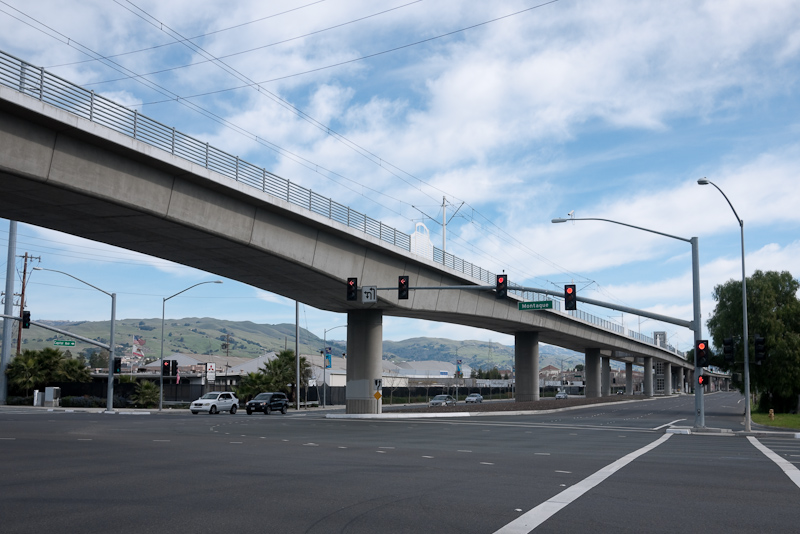 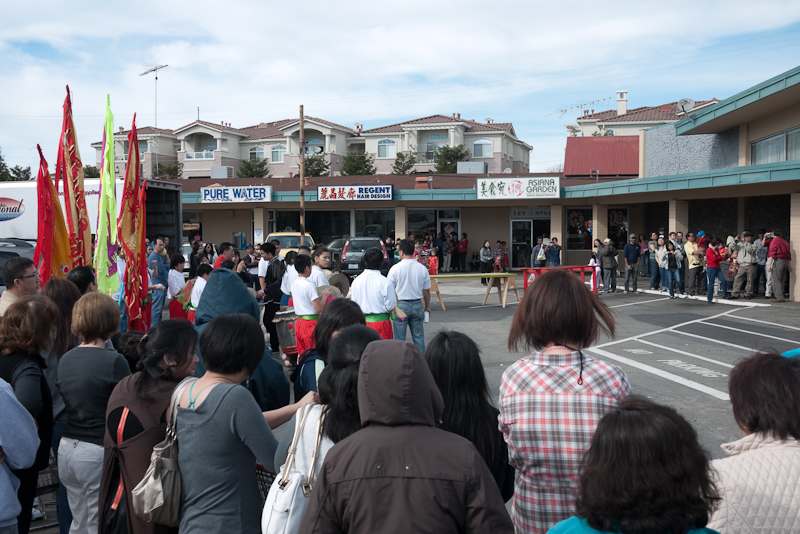 Saw some lunar new year celebrations going on at the Lucky Seven supermarket.  Stopped to watch for a minute. 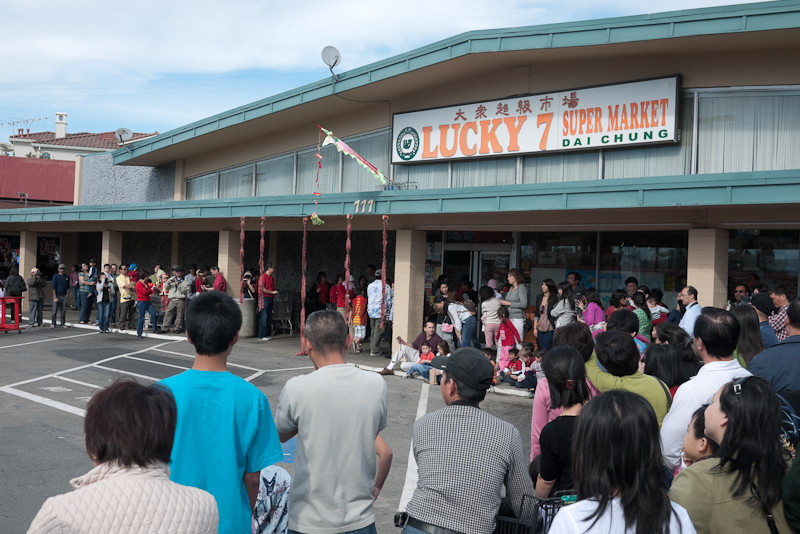 I just missed the dragon dance! 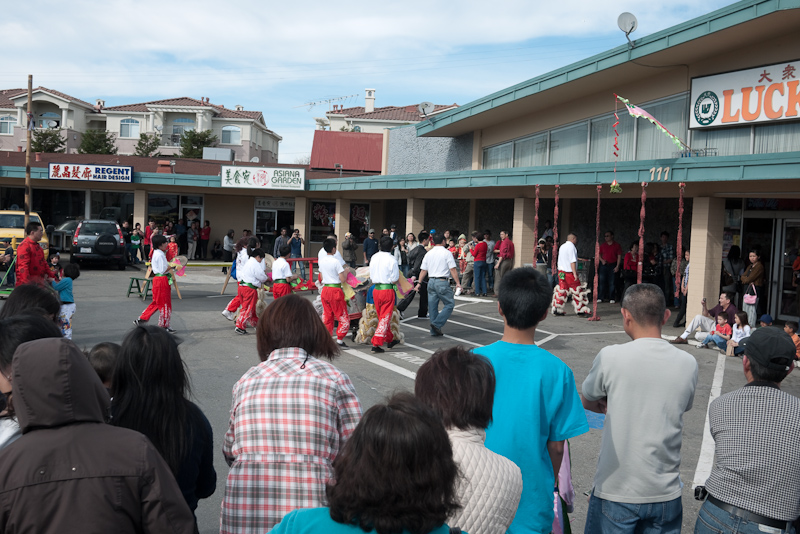 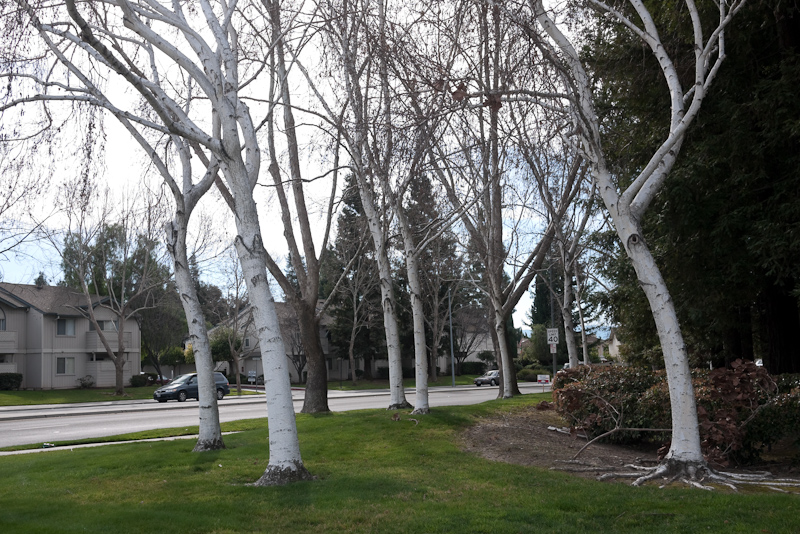 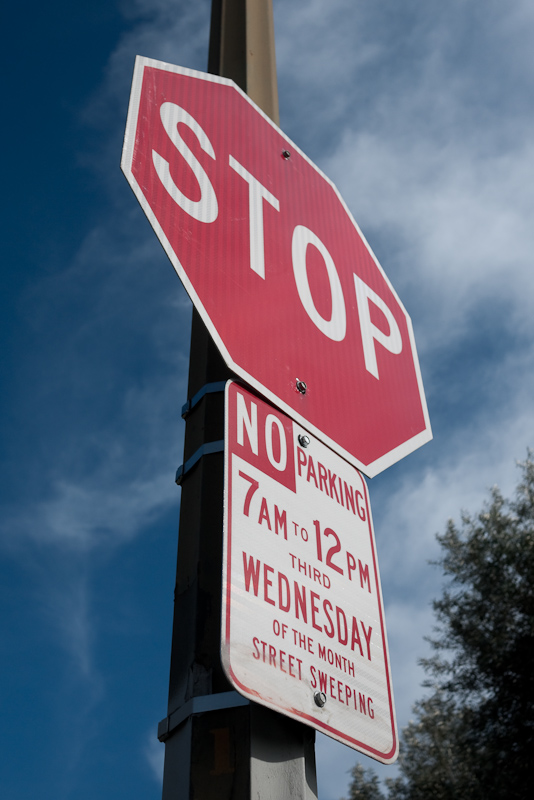 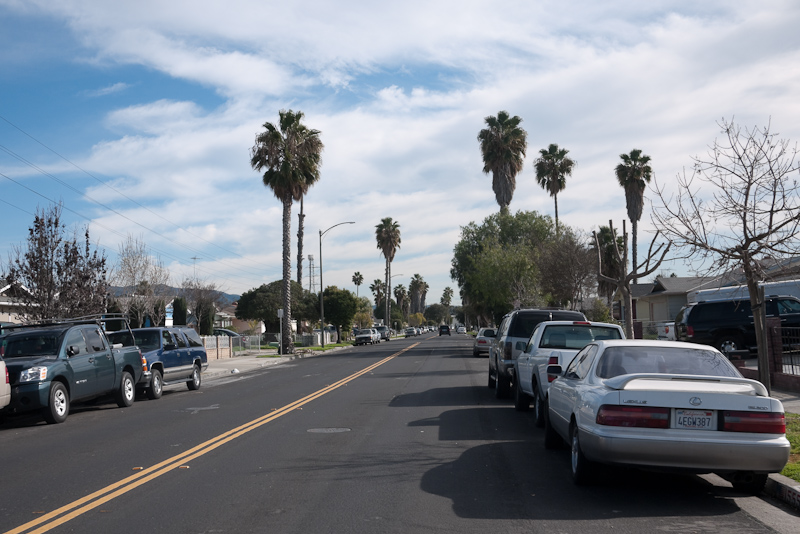 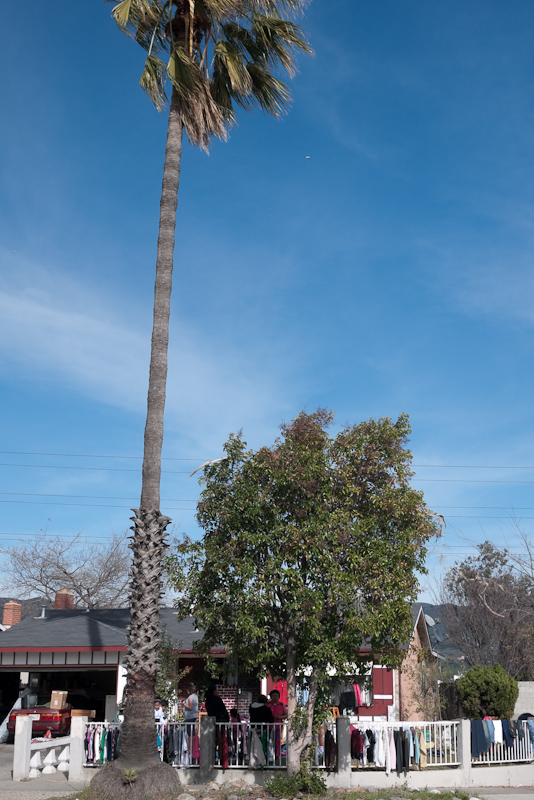 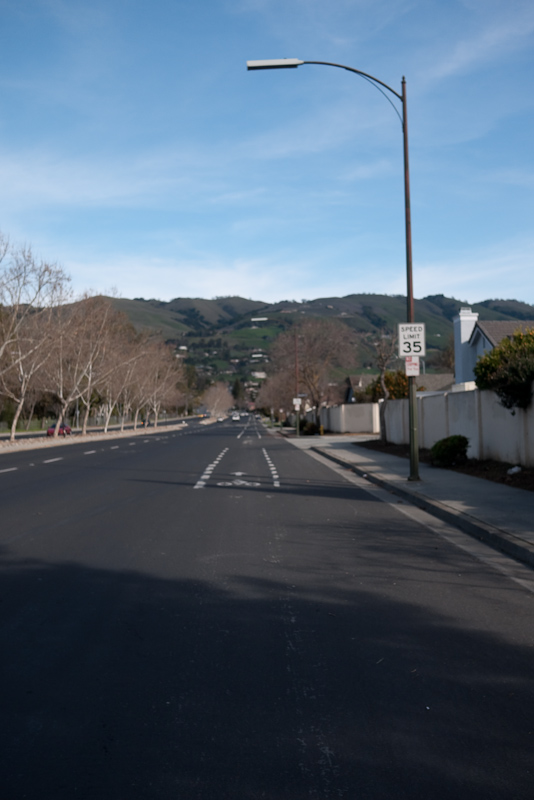 and finally remembered what it was like to ride up a hill. 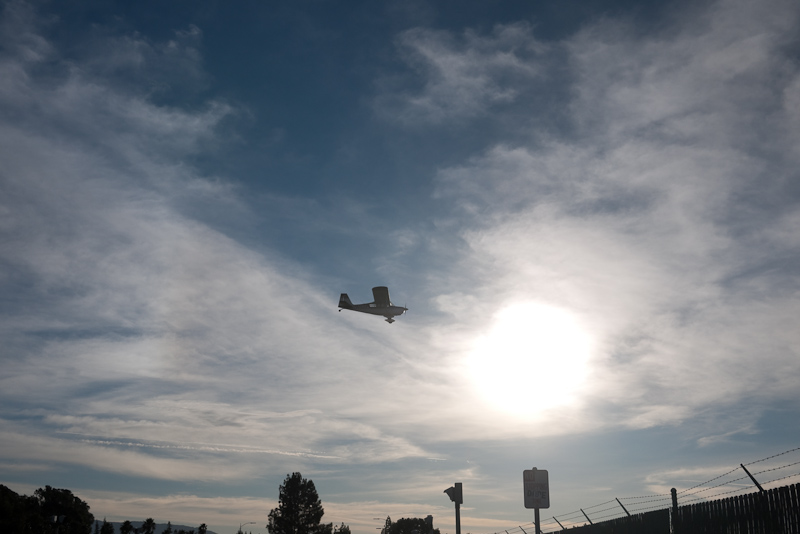 I stopped by a birthday party for a bit and then headed towards downtown san jose.  Airplanes were landing at the airport. 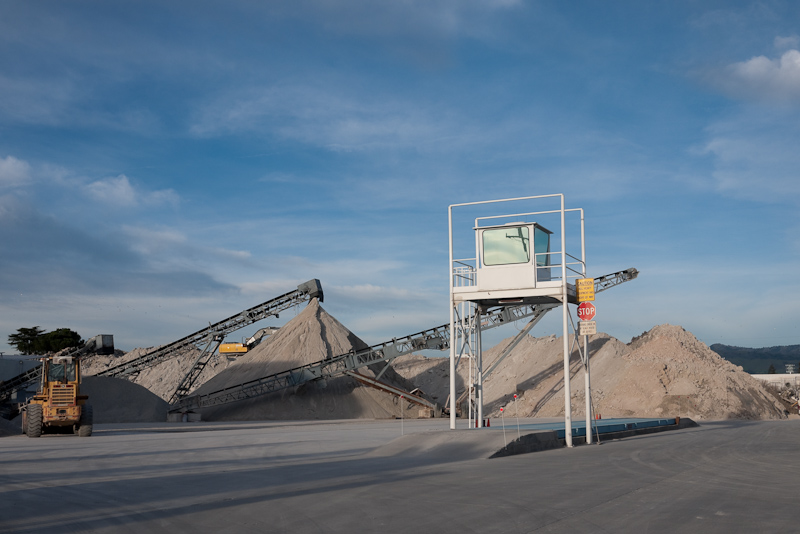 the gate was open, so I took a picture of mounds of rocks. 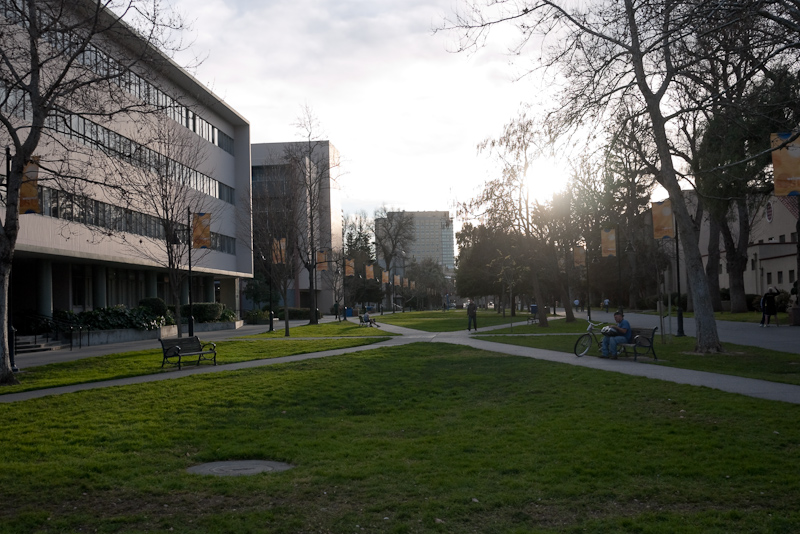 Rode through SJSU for a few blocks 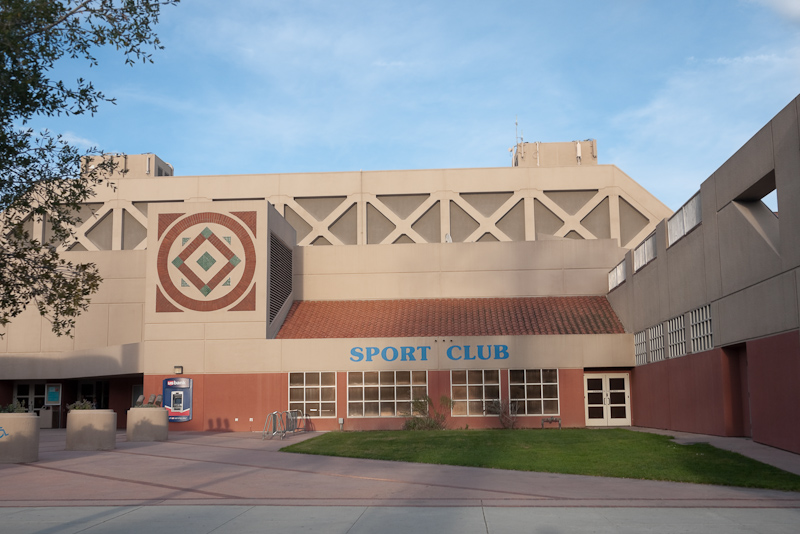 (proof I was there) 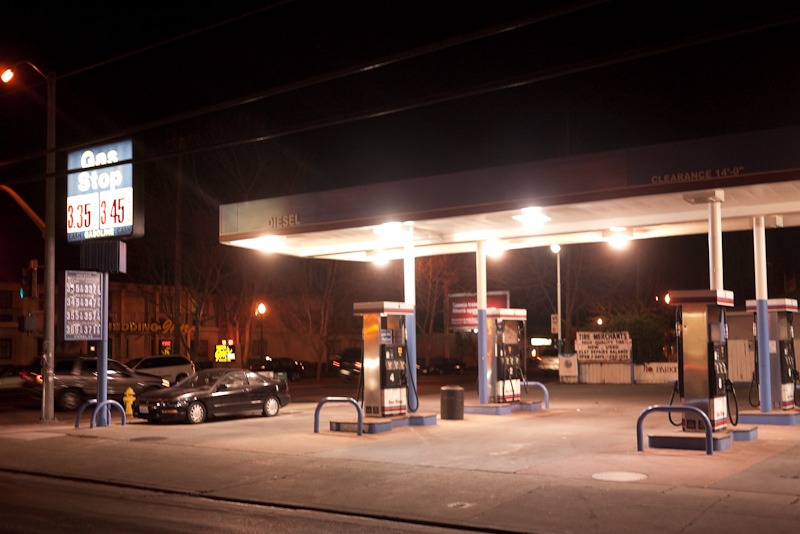 I ate some leftovers, hung out for a bit with friends, then started making my way back to fremont.  the ride back in the dark wasn’t as enjoyable but it helped me pick up the pace. 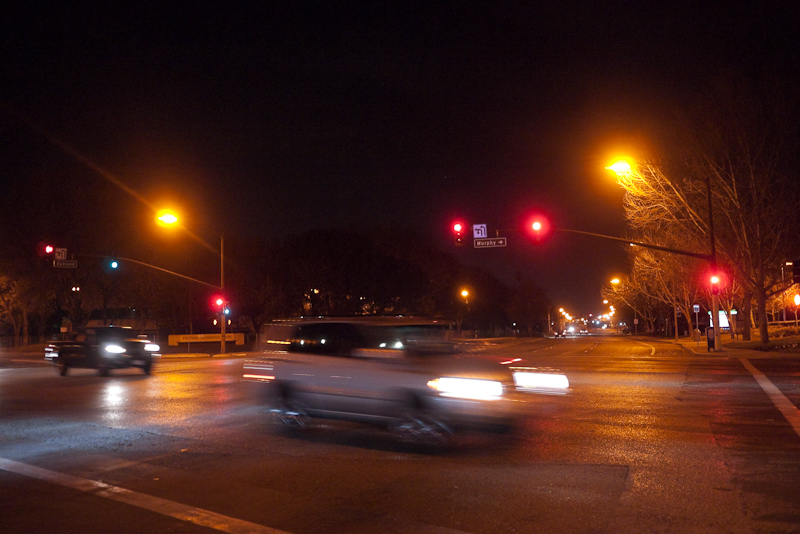 one of many intersections 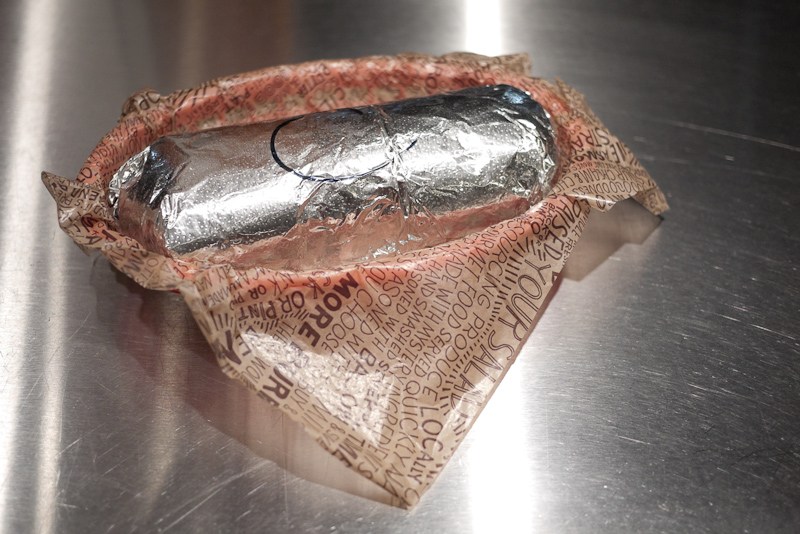 I finished with a burrito at Chipotle before getting back on Fremont BART.  I know it’s Chipotle.  But I like their burritos..