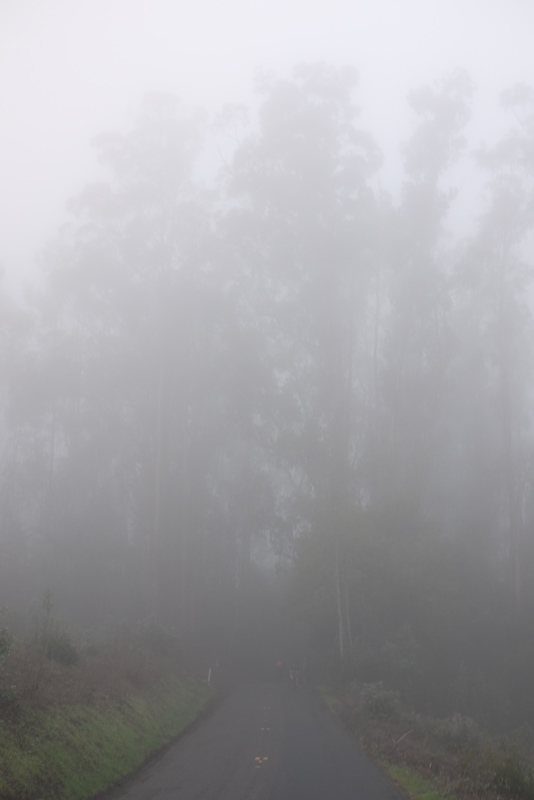 Saturday’s bike ride was super soggy, cold, gritty and toe-numbing, but felt strangely rewarding. Here are some photos from the ride. 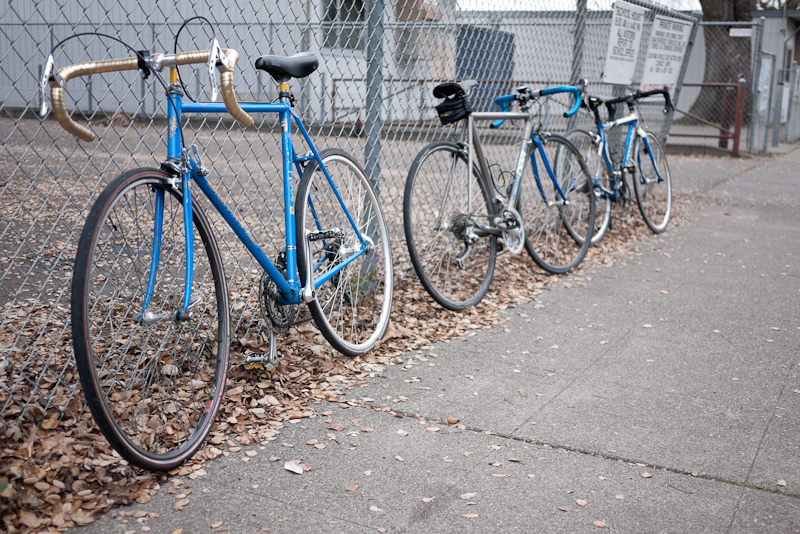 bikes lined up, pre-ride. lots of blue and white/silver going on. and gold handlebar tape. 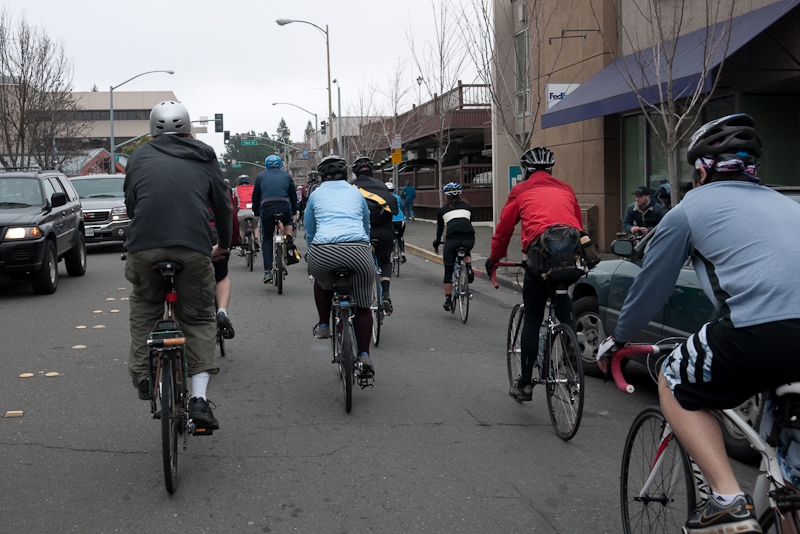 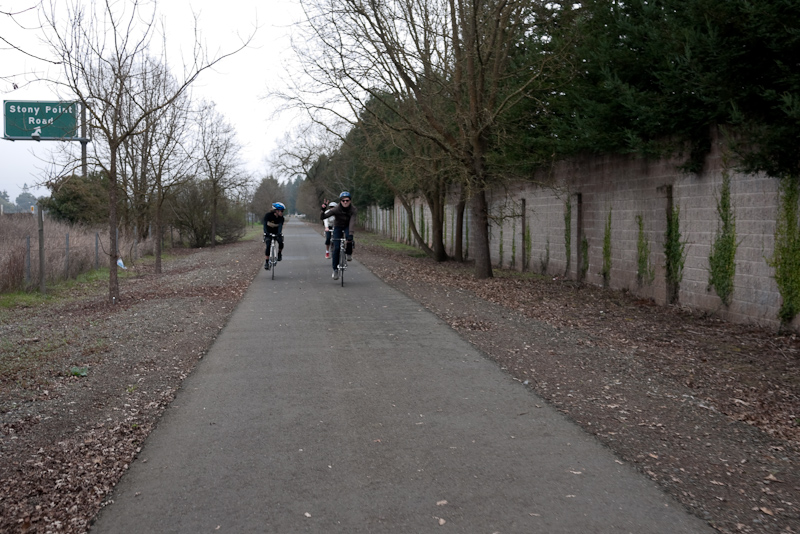 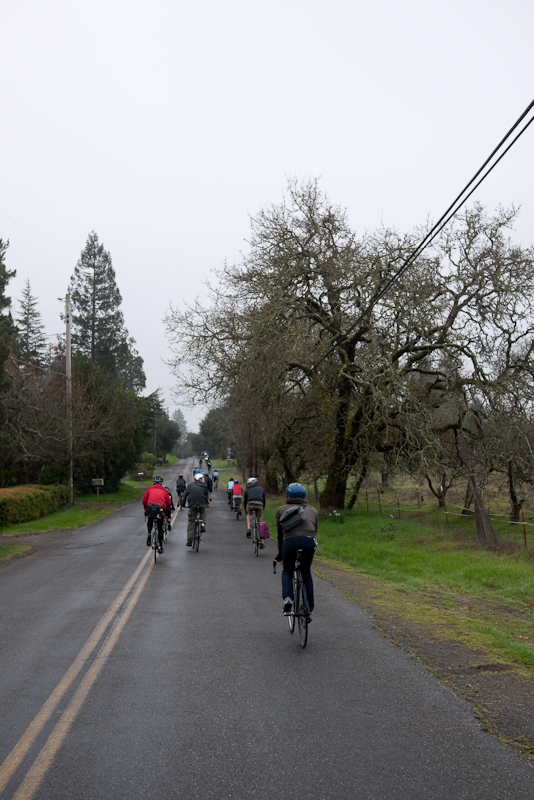 on Sparkes rd, headed away from sebastopol.. things are getting a bit wet!  most of the weather forecasts had called for just a cloudy day.. but this day was mostly mist.  (toes partially numb at this point.) 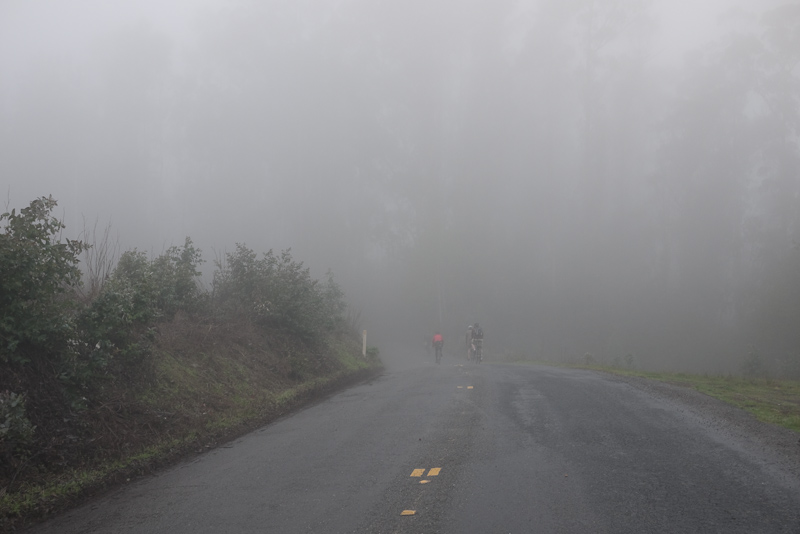 our crew split up a bit further. here’s a foggy shot from a climb up burnside rd.  (toes mostly numb at this point.)

almost all fog.  but pretty.  but also chilly. 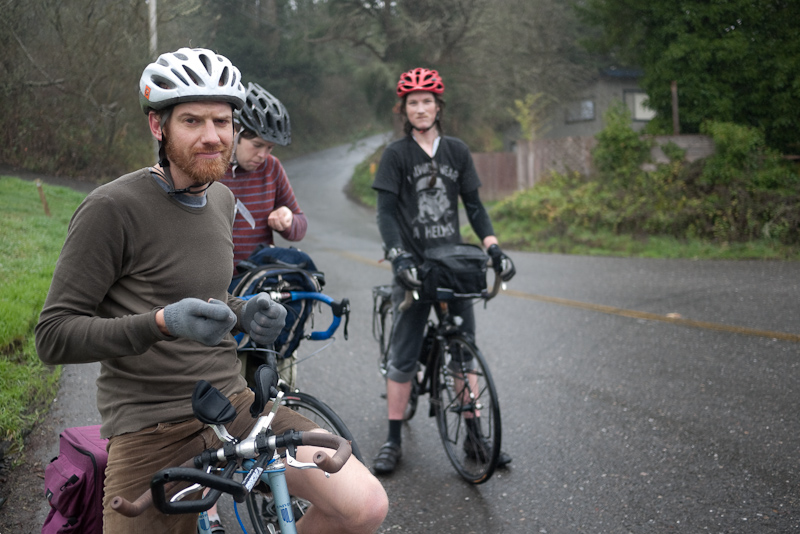 this photo sums things up pretty well.  (toes all numb.) 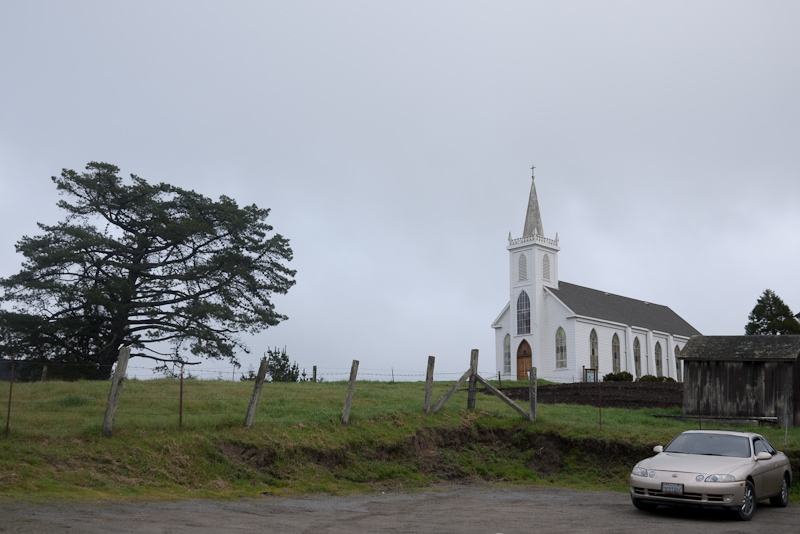 we took barnett valley  down to bodega highway to freestone valley ford rd.  then we took the valley ford cutoff to bodega.  here’s the church from “the birds” 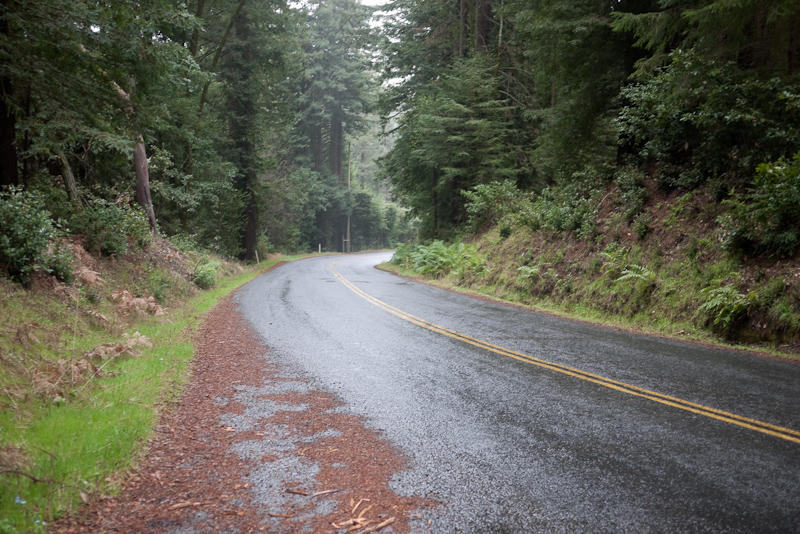 then we began our ascent of joy rd.  I didn’t think it’d be quite so intense.  Though, in retrospect, I do remember seeing a lot of wrinkles on the relief of the terrain map.  I didn’t remember the altitude profile looking so crazy though.  a quick glance at the topo lines shows only 800 feet of climbing? 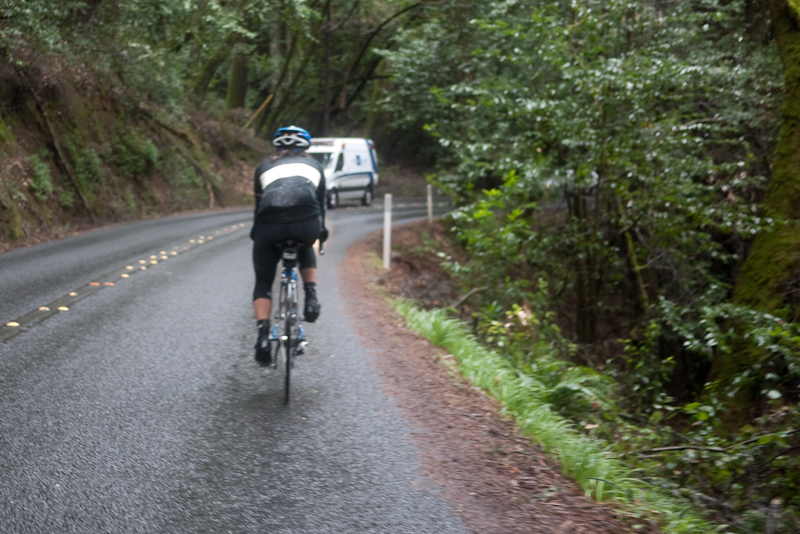 we took bittner rd down to another small down – occidental – and then descended a chilly and wet graton rd.

I was pretty worn out from the climb and kind of put my head down the rest of the way.  luckily, it was mostly flat.  rain was spotty but there were patches of blue in the sky. 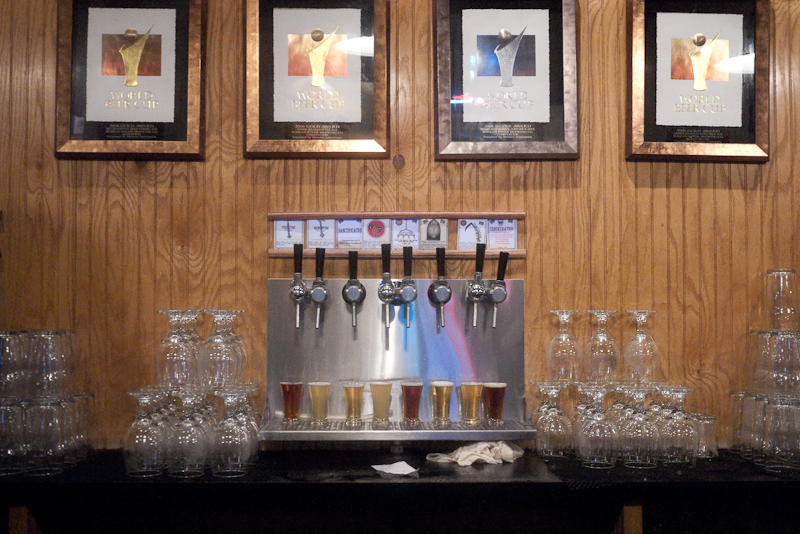 here’s the reward: taps and tastings at russian river.

photos were taken with the gf1 which survived its soggy stint in my back jersey pocket.