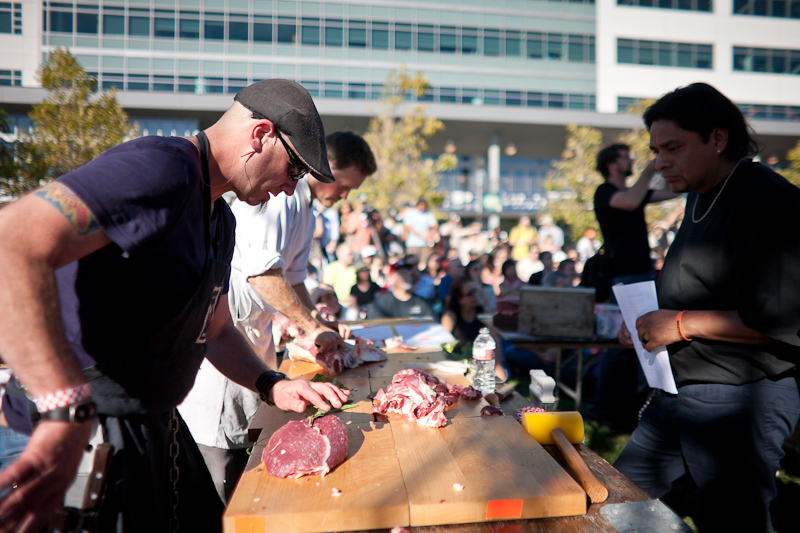 Before the competition, the emcee (Anya Fernald), judges and participants shared some Four Roses bourbon to get warmed up. 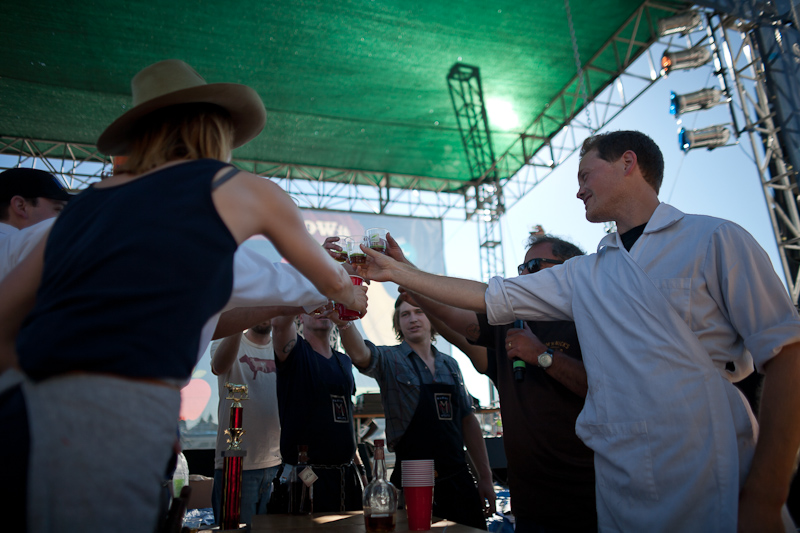 The cow quarters were hung on meat hooks prior to the countdown to the start: 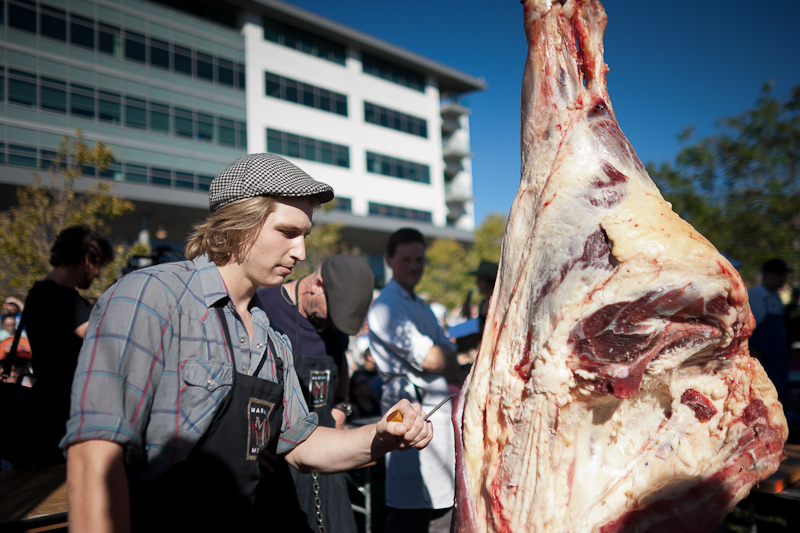 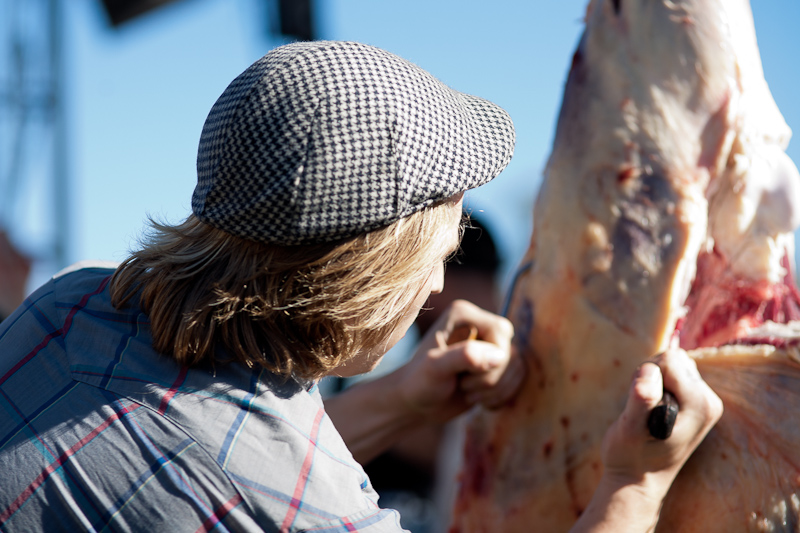 Dave the Butcher, a crowd favorite, offered his commentary as he prepared some cuts. 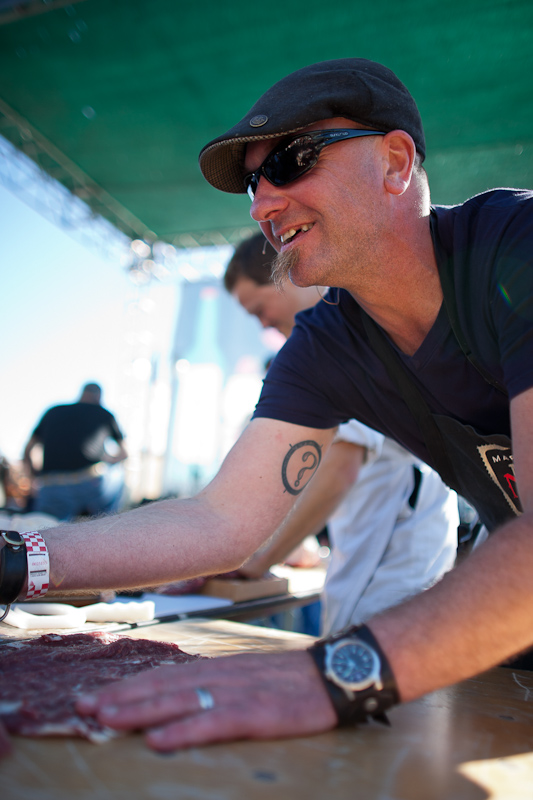 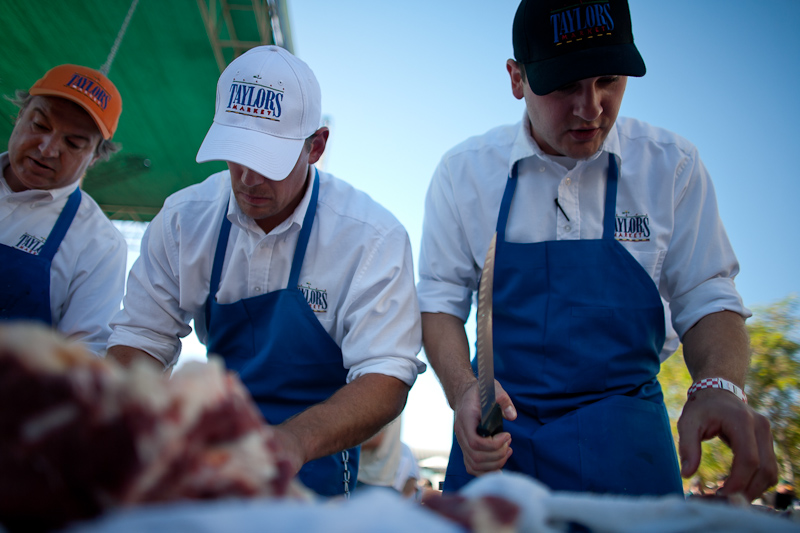 Danny Johnson on the hacksaw: 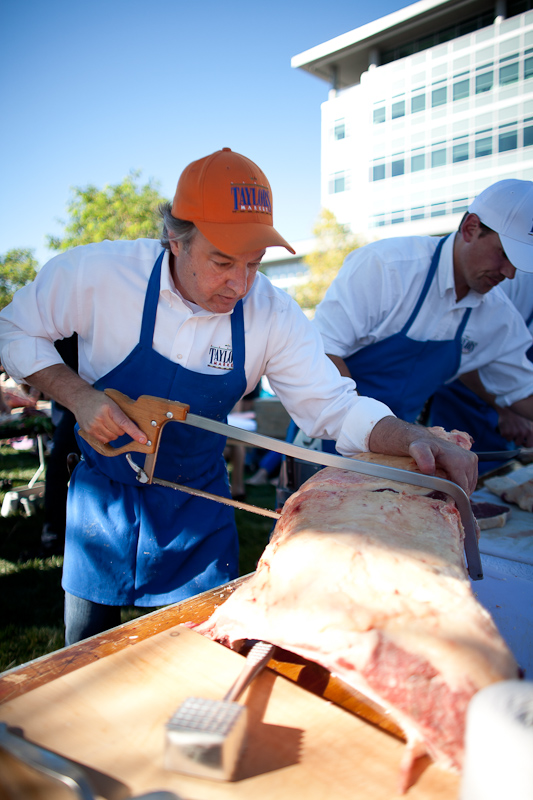 Dave the Butcher cheeses for the camera.  “I’ve done this before.” 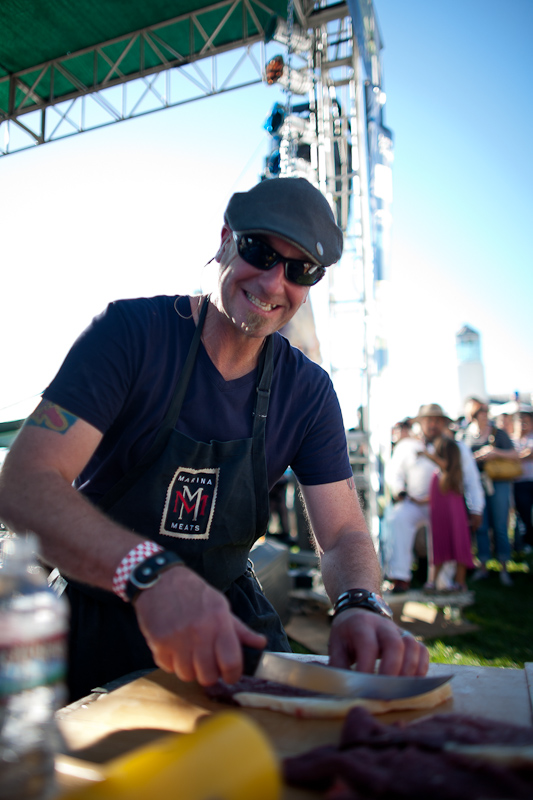 A young fan inspects the cuts of beef in front of him: 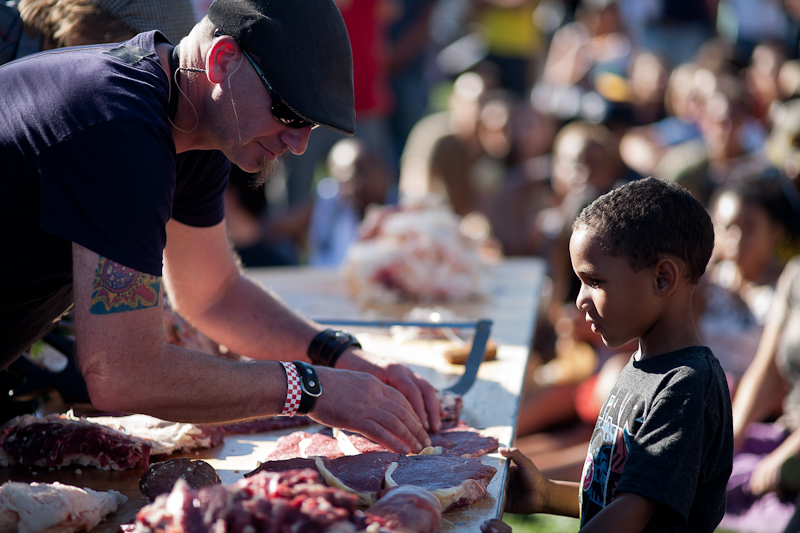 Anya talks things over with a judge: 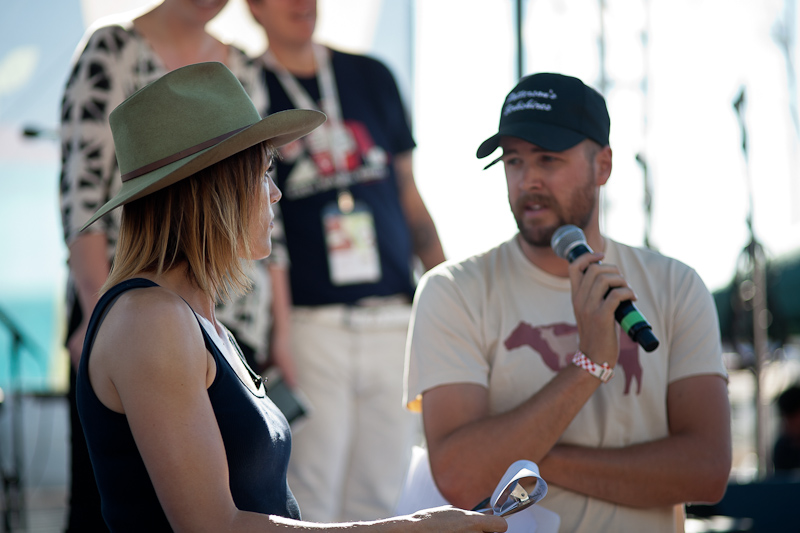 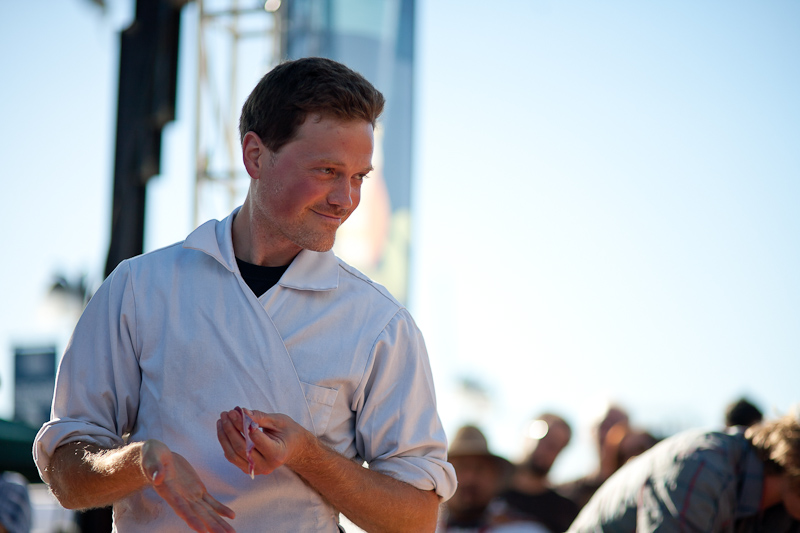 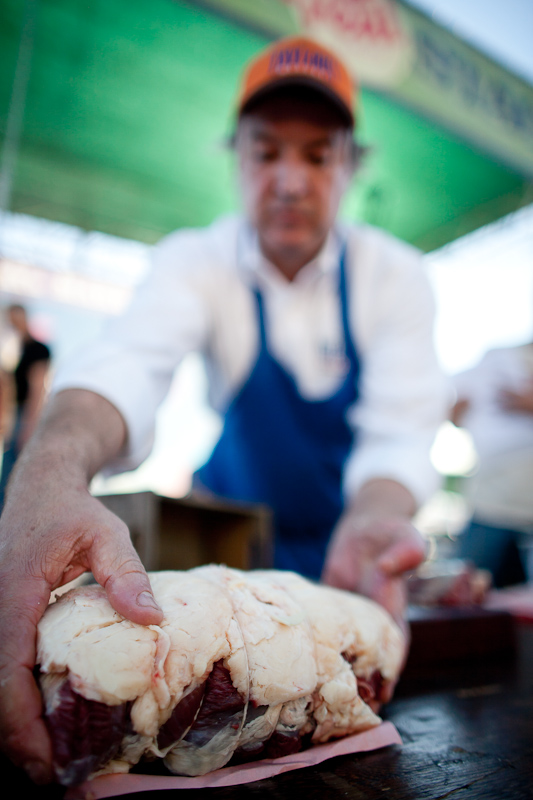 Anya did an excellent job of explaining to the crowd what was happening on the butcher tables in front of them. 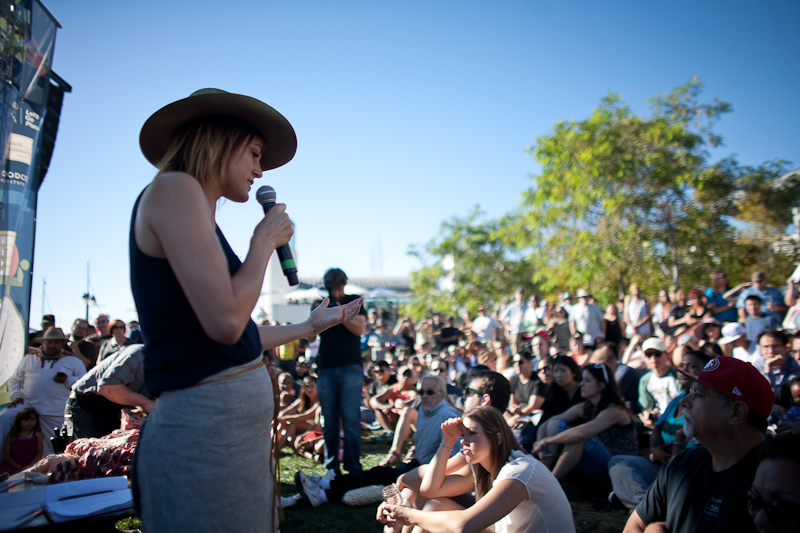 You may have noticed that the perennial winners, the Yedra Brothers, were not competing this year.  They agreed to come back as judges and let another team take the prize. 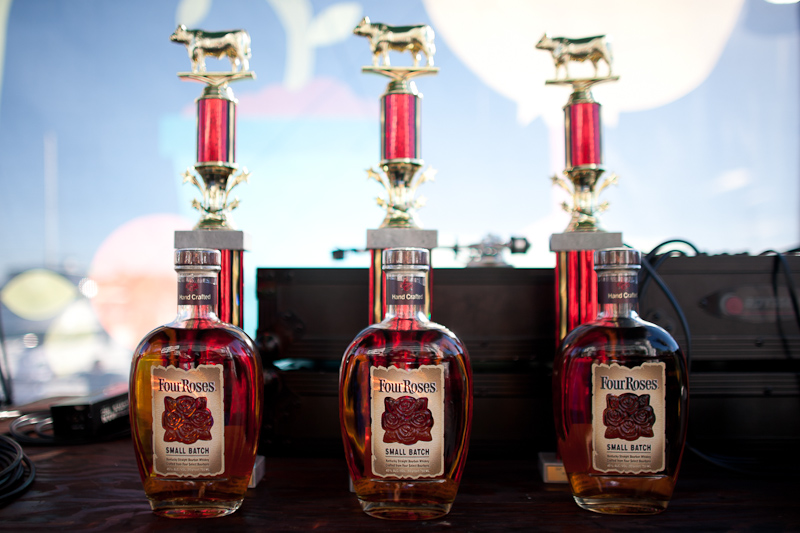 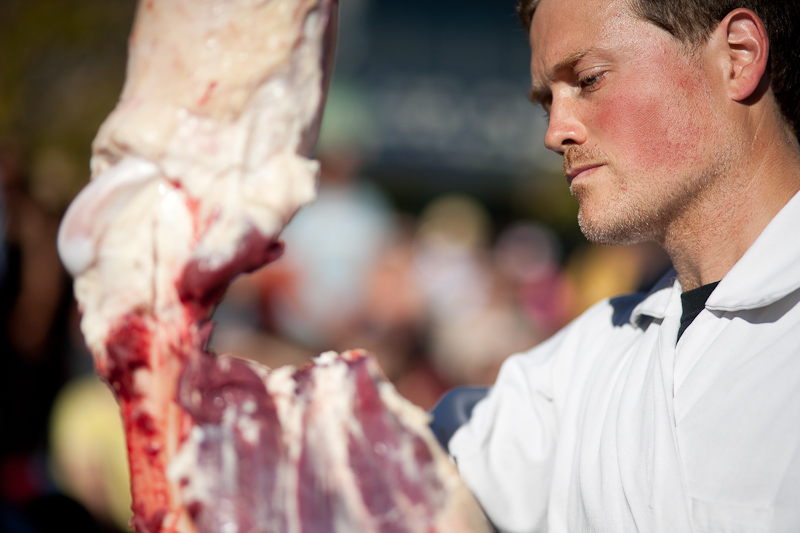 The Yedra brothers take a look at what’s on the table: 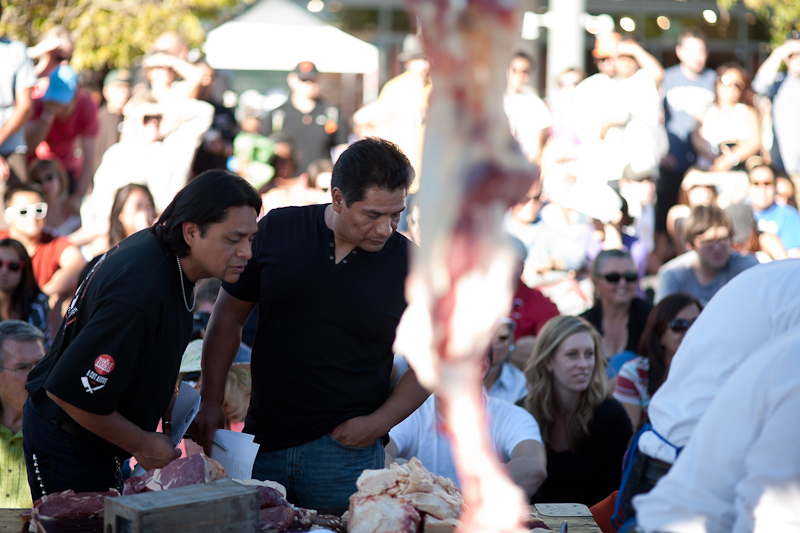 Hacksaw to the femur: 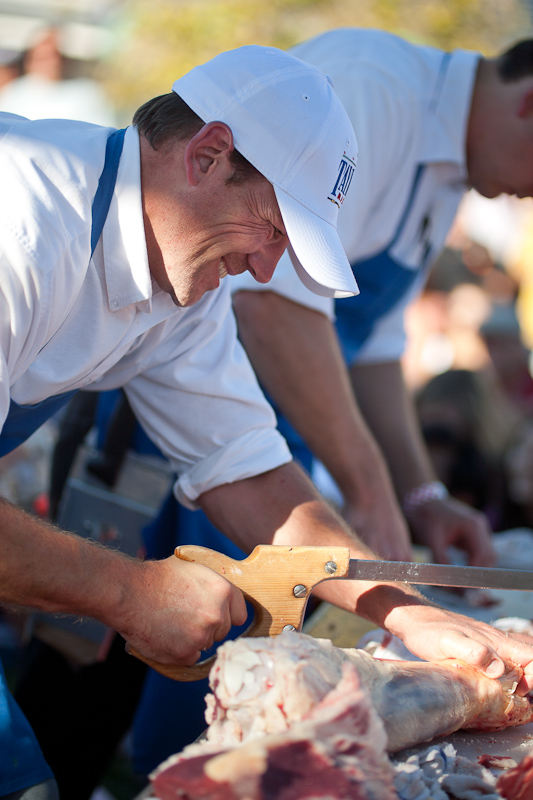 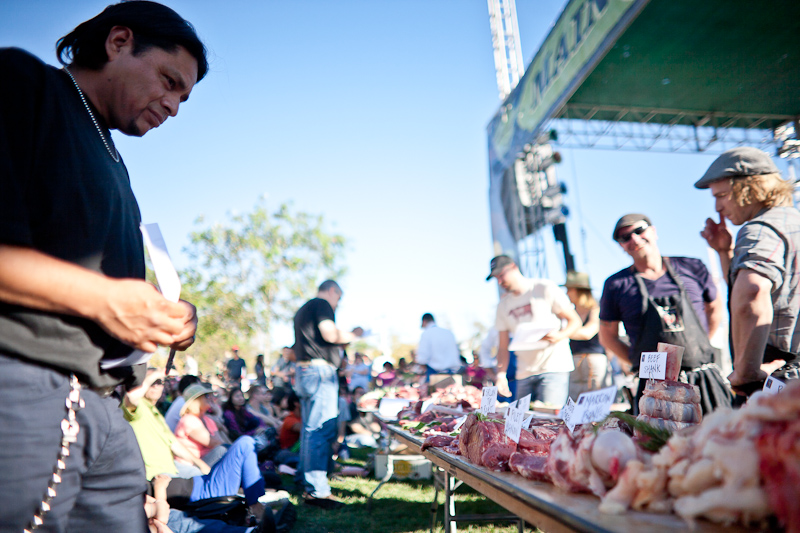 Last year, the Yedra brothers set the precedent of labeling and garnishing the final cuts. 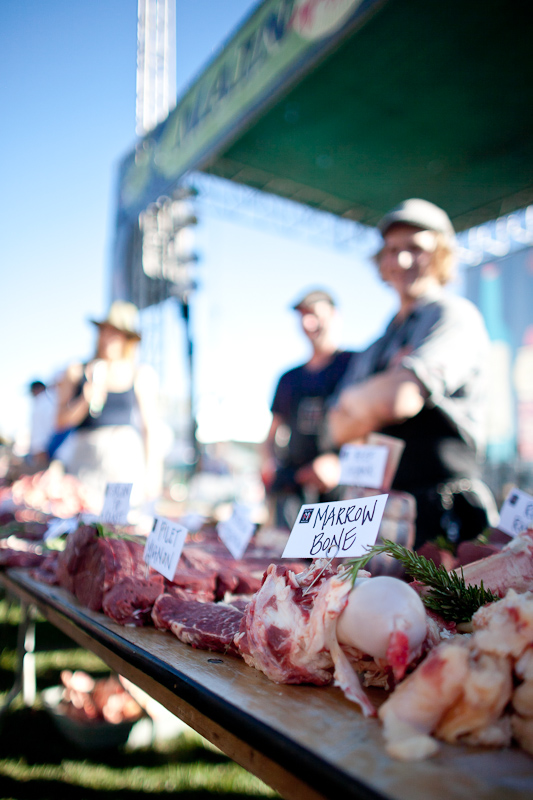 Dave explains to the judges what his team did. 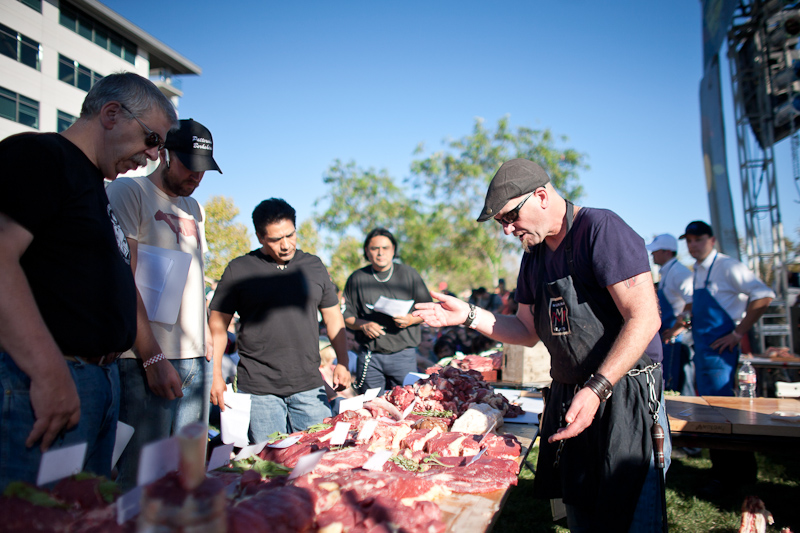 Danny explains his side of the story. 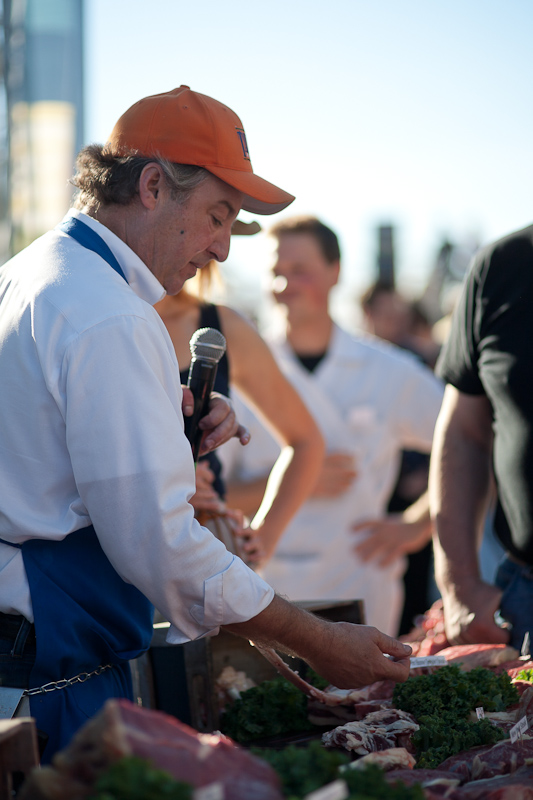 Handshake at the end of competition: 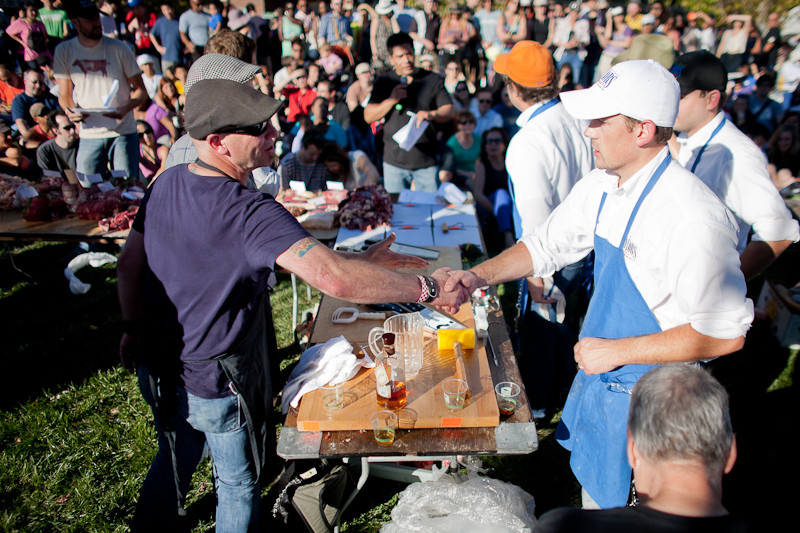 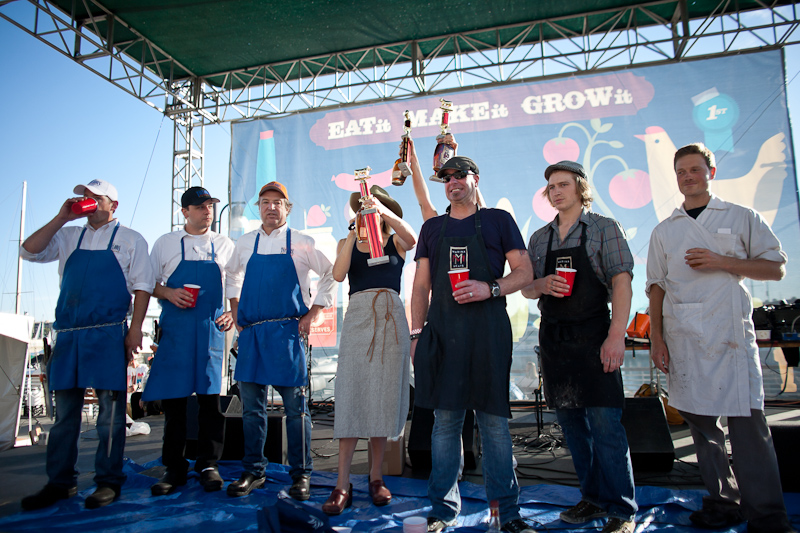 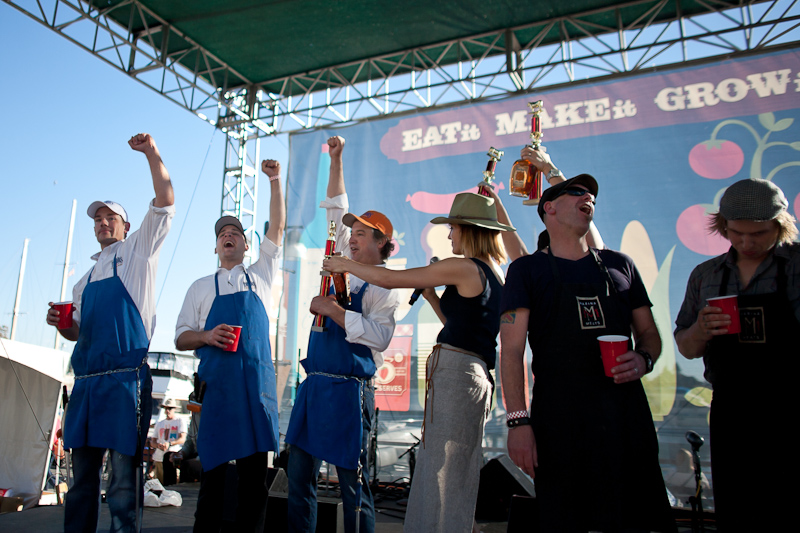