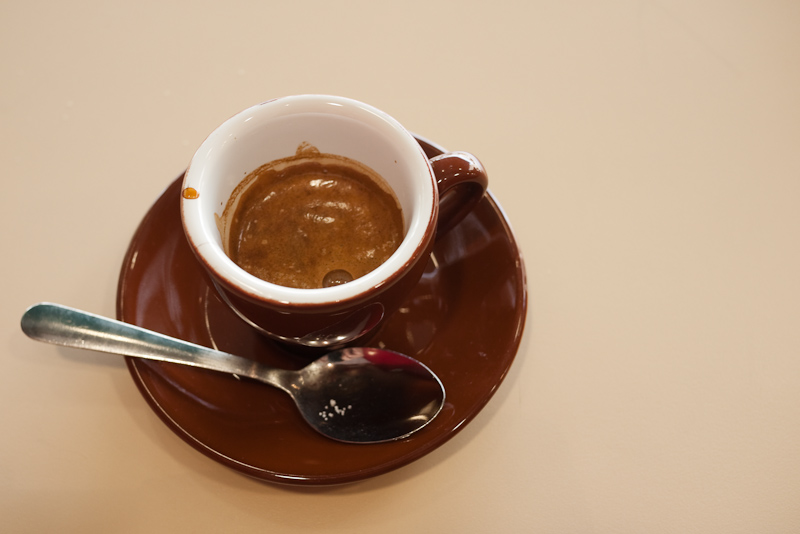 Cafe Gabriela (988 Broadway Oakland, CA) is located downtown right off of Broadway.  The California Bar exam was being administered the day that I went and I got in just before a rush of test-takers came in for a break.

The Blue Bottle espresso was pretty good, but didn’t have the same combination of flavors that I’ve come to expect.  I feel that I’m terrible at describing nuances and undertones in coffee flavor, but here I tasted a buttery ristretto with a bit of tang, a prevailing smoky flavor with a bit of marshmallow.  I didn’t enjoy the coffee as much as the shots that come from the blue bottle people themselves.

I also purchased a pork adobo sandwich which was predictably salty and pretty good.  They’d originally given away my sandwich by mistake – I think one of the bar takers picked up my sandwich instead of waiting for their own.