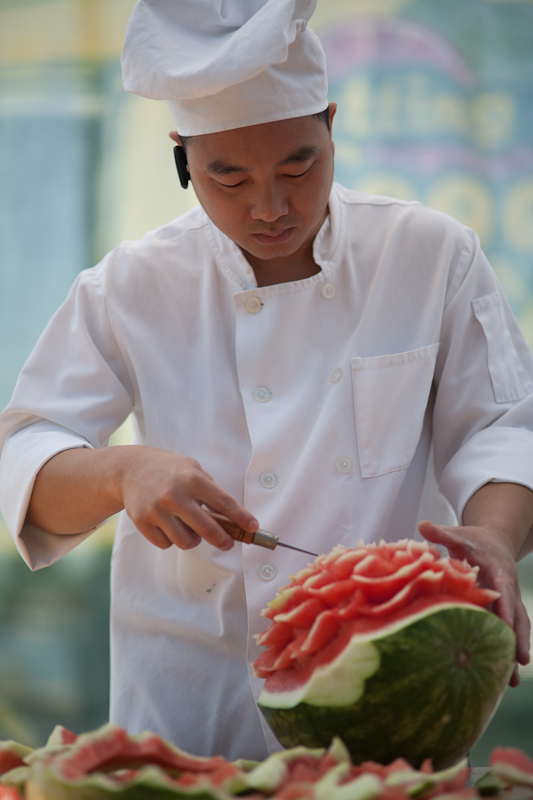 I like seeing the watermelon rind scraps all strewn about. 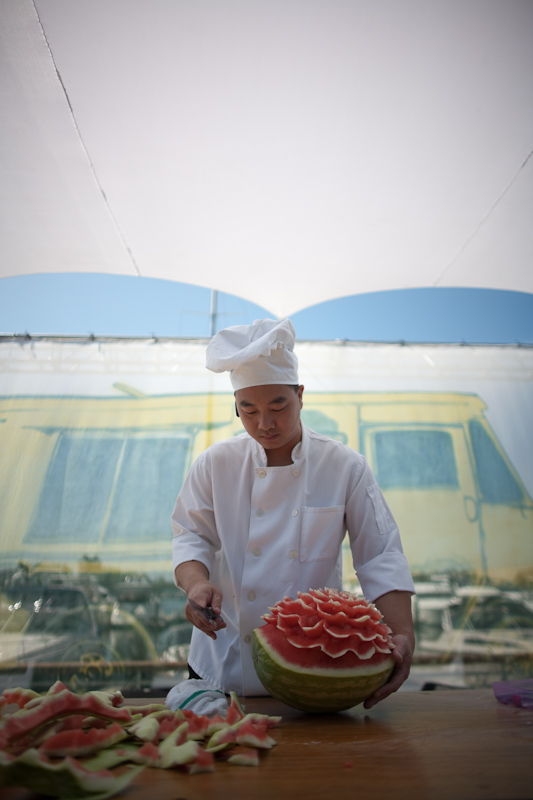 A little chunk fell out as Chef Gordon was carving.  He explained that he usually uses less-ripe watermelons because they’re firmer and thus less likely to fall apart. 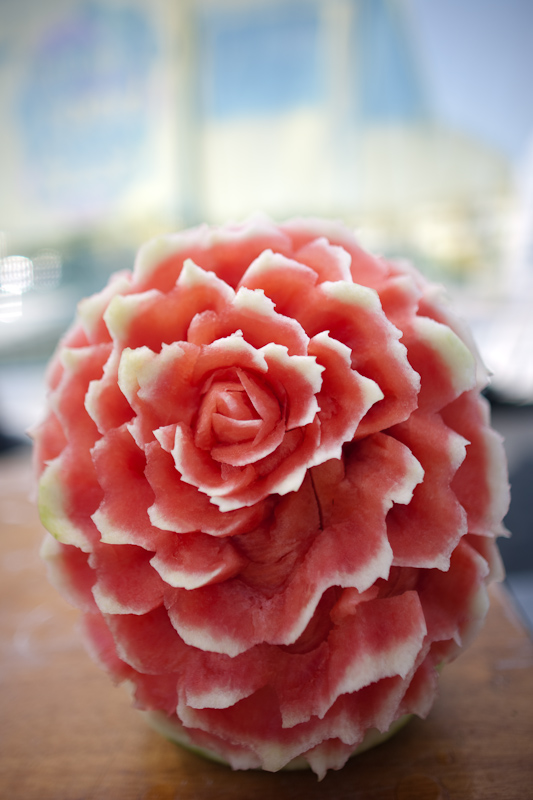 Chef Gordon also threw a carved carrot into the mix.  He said these need to be fresh so they they’re still firm and crisp.  Here’s a bird: 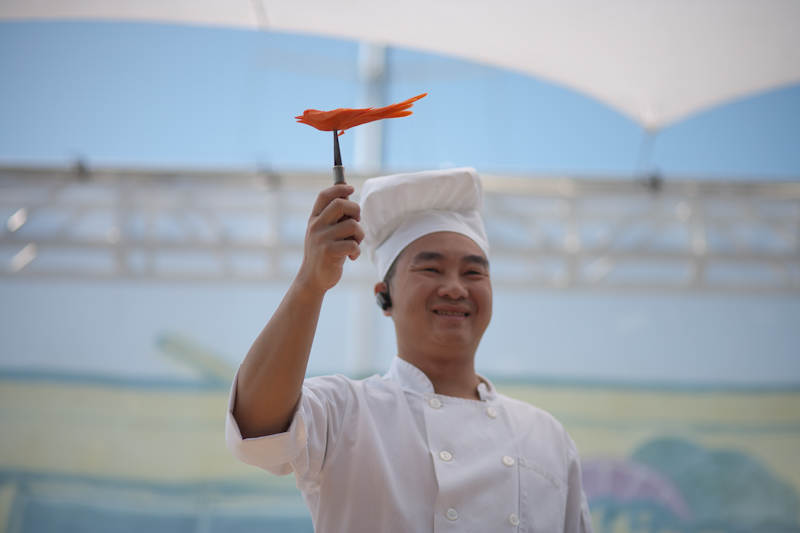 I did some walking around after watching the demonstration.  Here’s some roast pig, ready for serving from Chop bar: 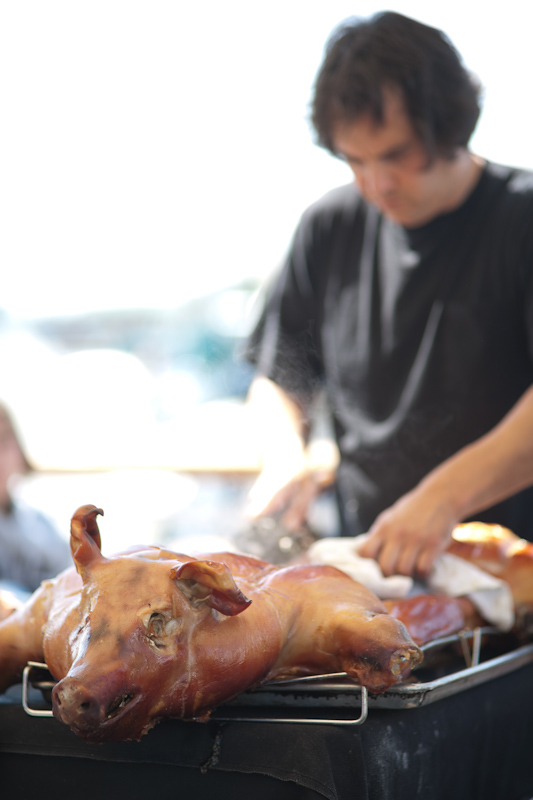 Here’s a hen (taxidermy?) in front of the Food Skills stage in the Urban Homestead area.  As seen on Oakland Local. 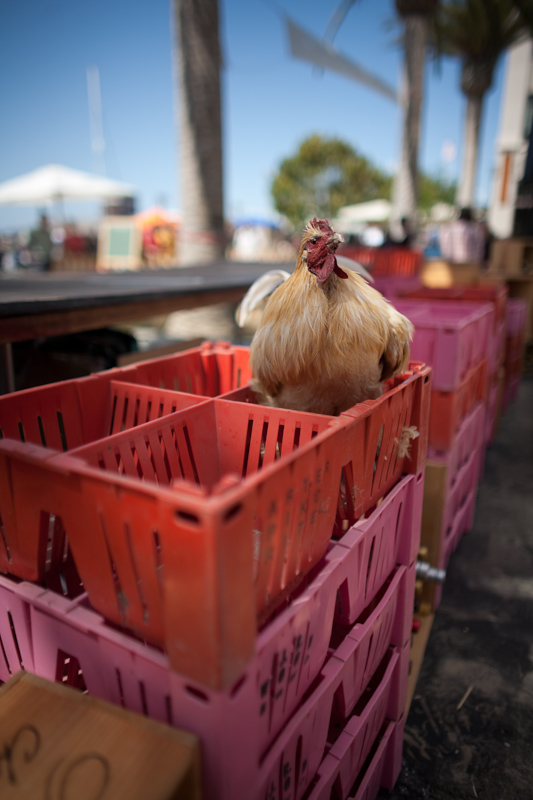 Goods from the prizewinners of the Urban Homestead competition: 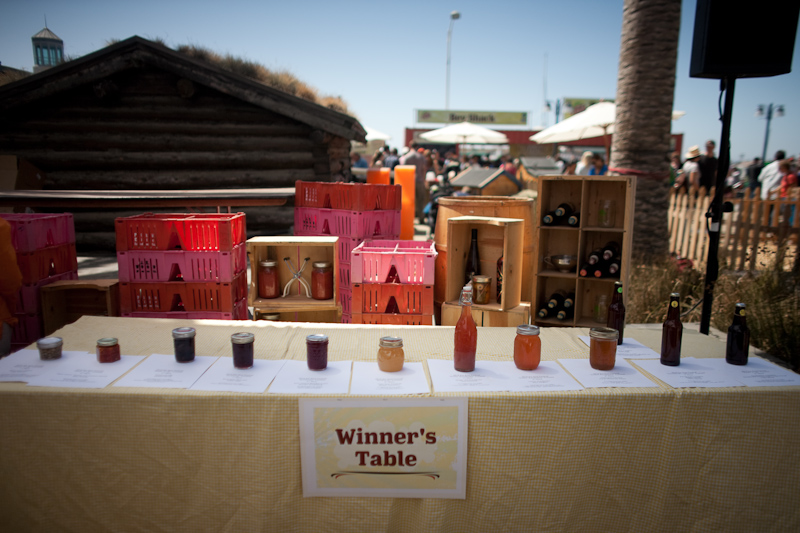 Samples for the crowd from the Melon Mania workshop in the Urban Homesteading area. 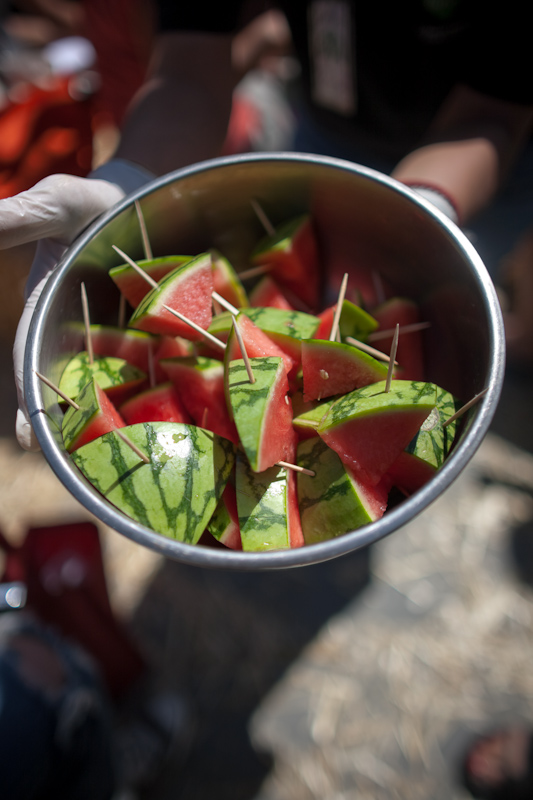 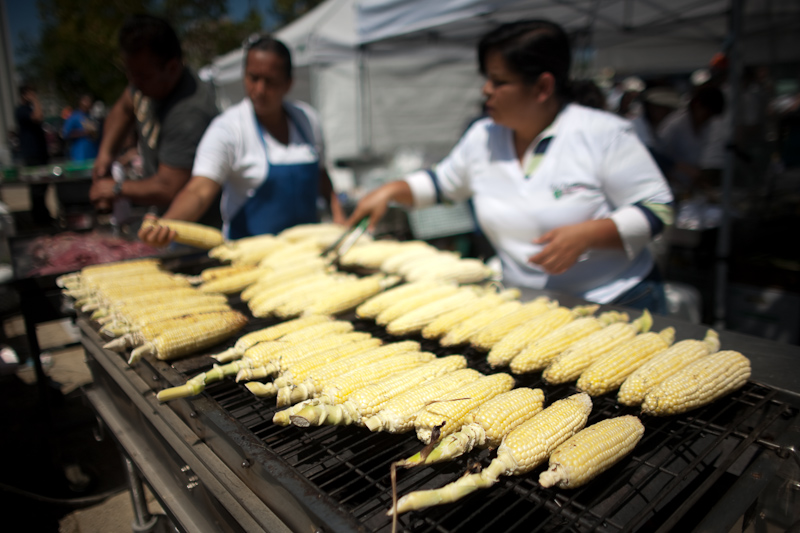 What comes next?  Half eaten elote: 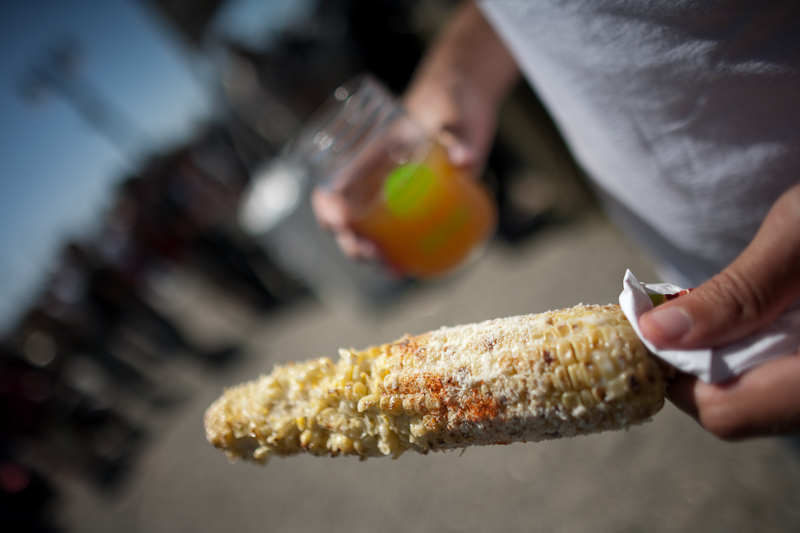 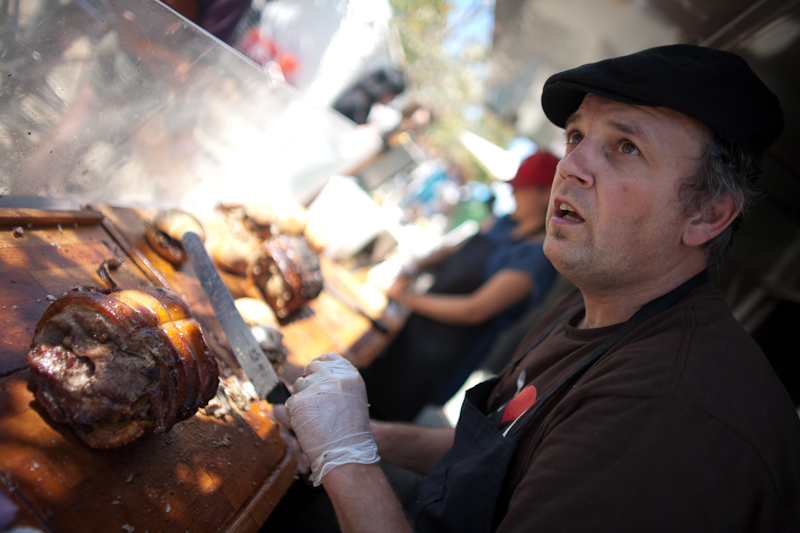 Lobster roll from Sam’s Chowdermobile.  My favorite food of the festival. 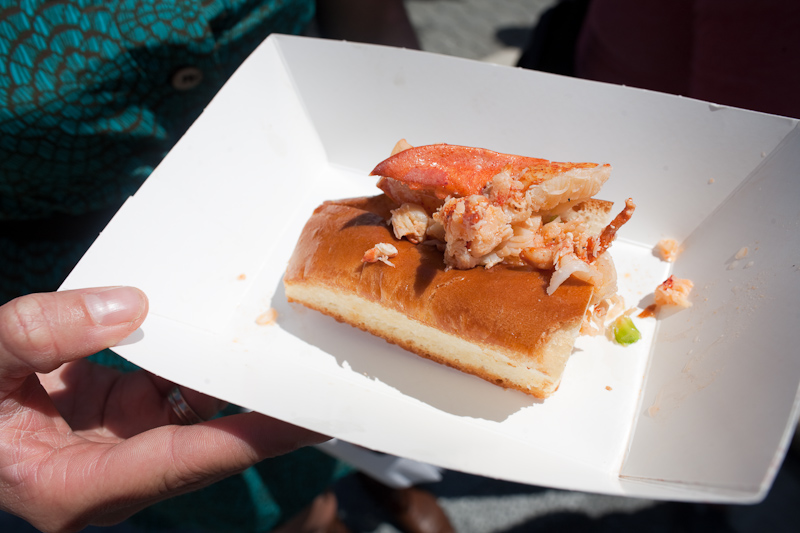 Gigantic Gerald’s Paella Pan.  You could fit a family of 6 on it! 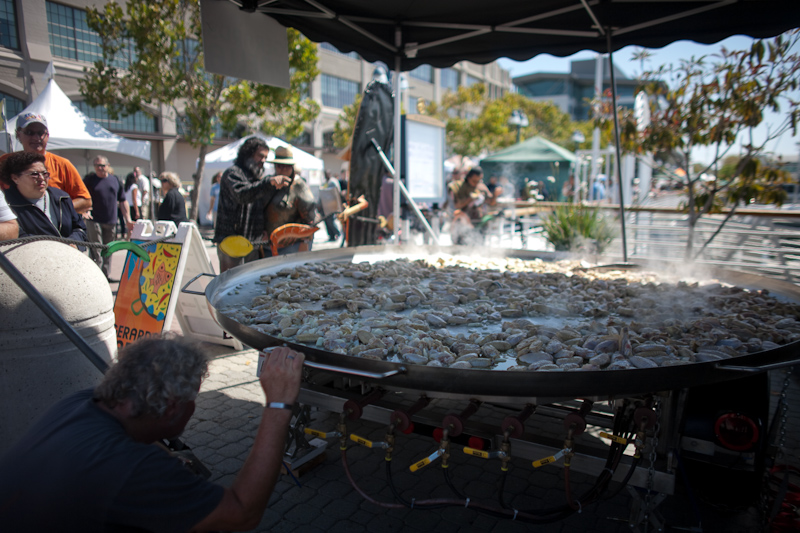 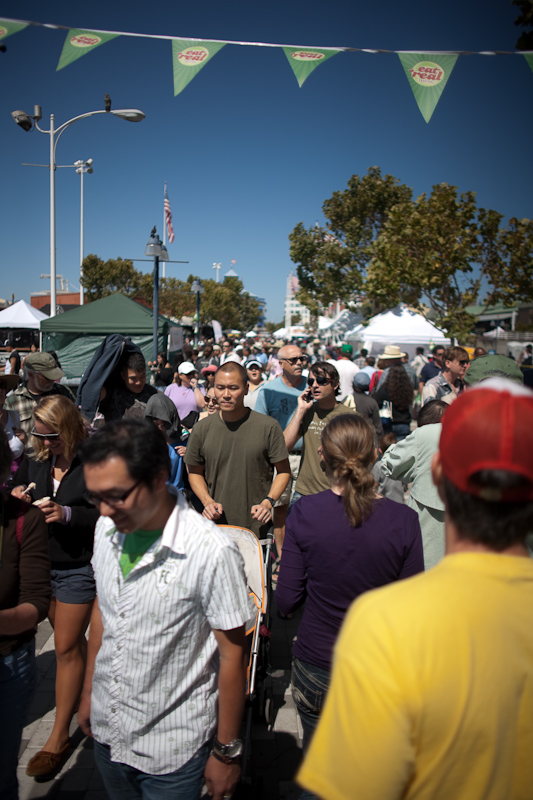 Carne Cruda performing at the Lawn Stage – They were goofballs. 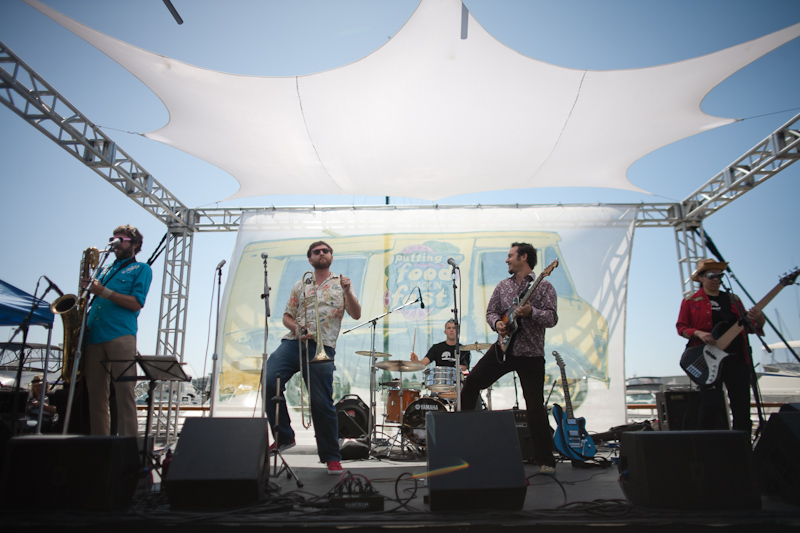