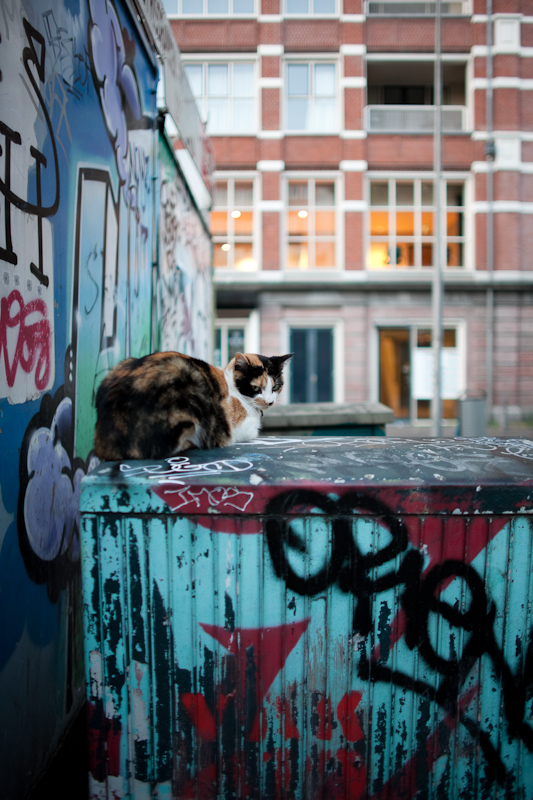 I went to Amsterdam earlier this year.

Photos from a weekend in Amsterdam: 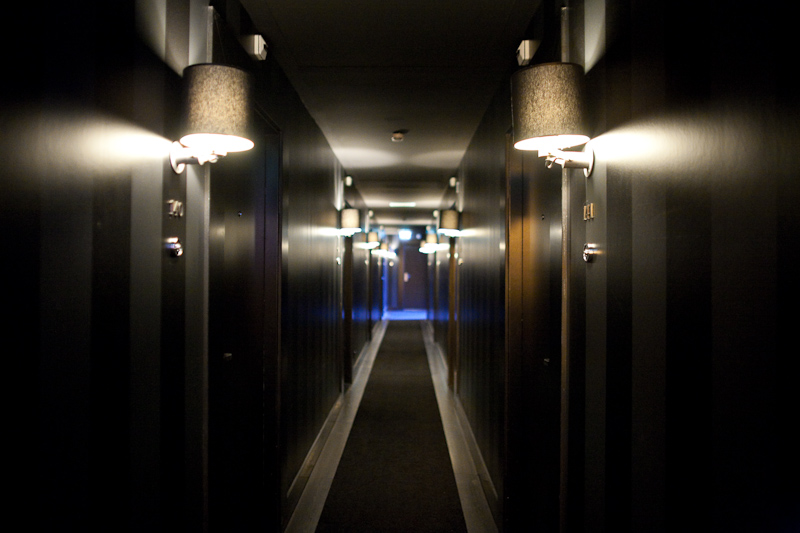 I stayed at Hotel Arena.  Its most recent incarnation is a swanky-looking modern hotel.  Glass bathroom doors, a lofted bed.. The building was built as an orphanage with a chapel in 1890, and then was converted into a home for the elderly in 1950.  It became a youth hostel in 1982 and then somehow became privatized and then underwent a drastic transformation in the last couple of years.  The hotel is sort of on the outskirts of the Centrum but it’s only a 10-20 minute walk or so to most areas.. and of course even quicker by bike.

Here are a few of the other things we saw on our first evening.  It was near the solstice and daylight lingered to a ridiculous hour.  I think it was about 11:00pm when dusk started to settle in.

Kitty, on a dumpster covered with somehow color-coordinated tags and paint.

I don’t remember where this was taken, but I am guessing it was on Weesperstraat. 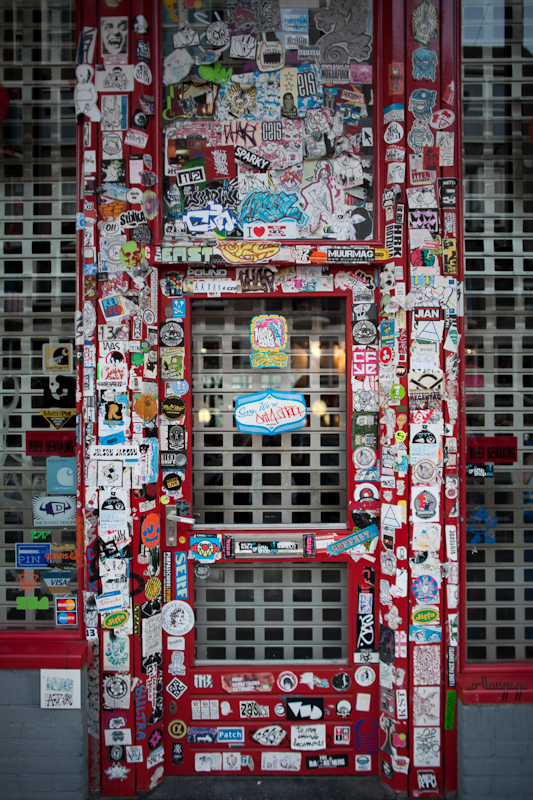 stickers on a red door. 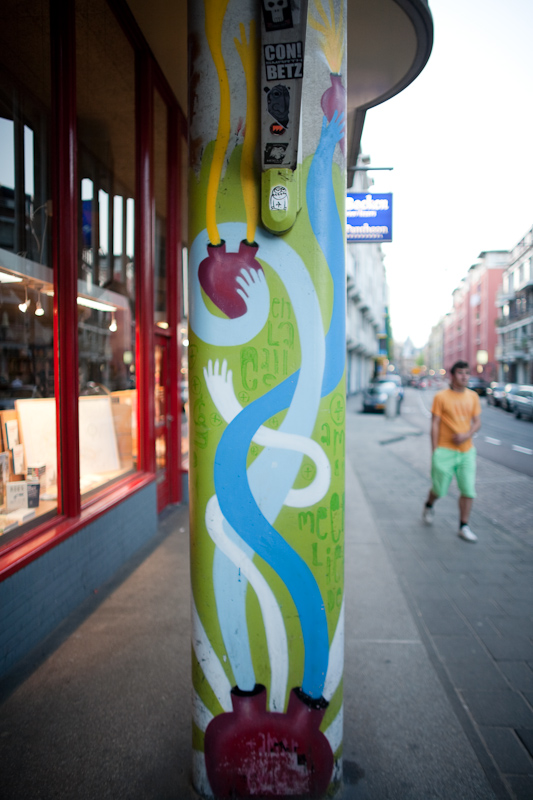 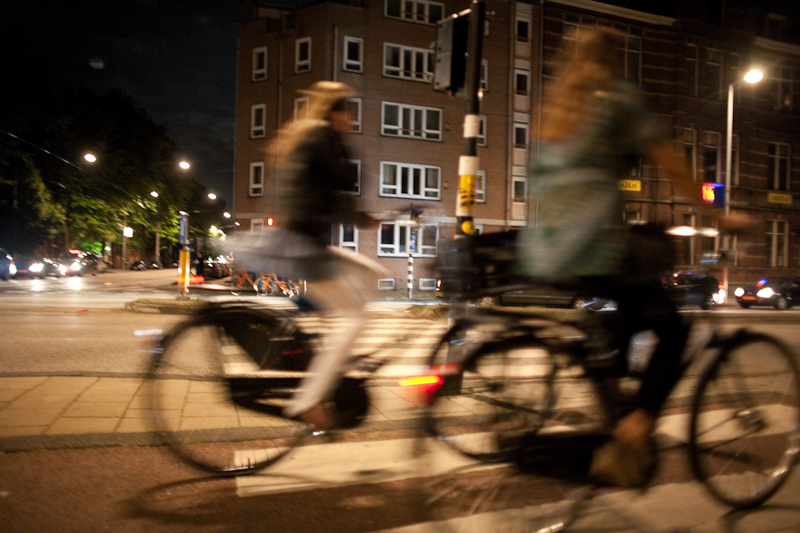 And of course there were bikes.  This may have been along Sarphatistraat, but I just don’t remember anymore.  We heard a guy get hit by a car near this intersection the next night – scary, but he walked away and the car drove away and that was that.

More photos from the Netherlands and Belgium to come, eventually.

One thought on “Amsterdam”