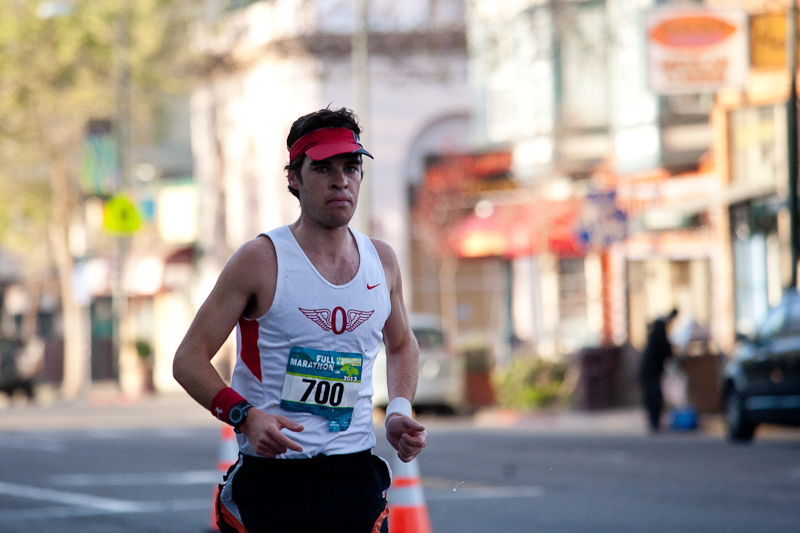 I stood out on Telegraph Avenue at about 7:45am to see the first runners come through.  People were still setting up their unofficial water station and a few sort of hungover guys were starting to erect their giant wooden sign for their friend whose name and nickname I can no longer remember.  It started with an “E” though.

2012 winner Chris Mocko was way out in front at this point:

Runners Shinji Nakadai, Osamu Tada, and Rob Nachtwey were clustered maybe 30 seconds to a minute behind at this point.  It turns out that these three would become the top 3 overall finishers.  These three started closing in on Mocko by mile 10 and eventually pulled ahead at mile 14.  Chris Mocko pulled off with an injury.  Shinji Nakadai has a few ultras under his belt and apparently thought that he had run the race too conservatively.  Shinji Nakadai ended up finishing with a time of 2:37:29, followed by Rob Nachtwey at 2:40:14 and Osamu Tada at 2:42:56.   Chris Mocko still ended up finishing 7th overall, with a time of 2:56:13. 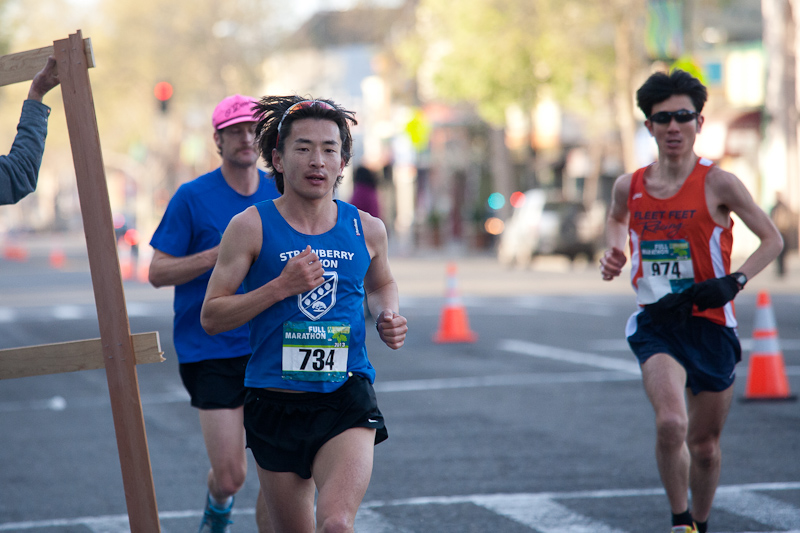 This is the top female finisher, Devon Yanko.  Also an ultramarathoner, she set a new women’s course record (by 10 minutes!) with a finishing time of 2:47:24. 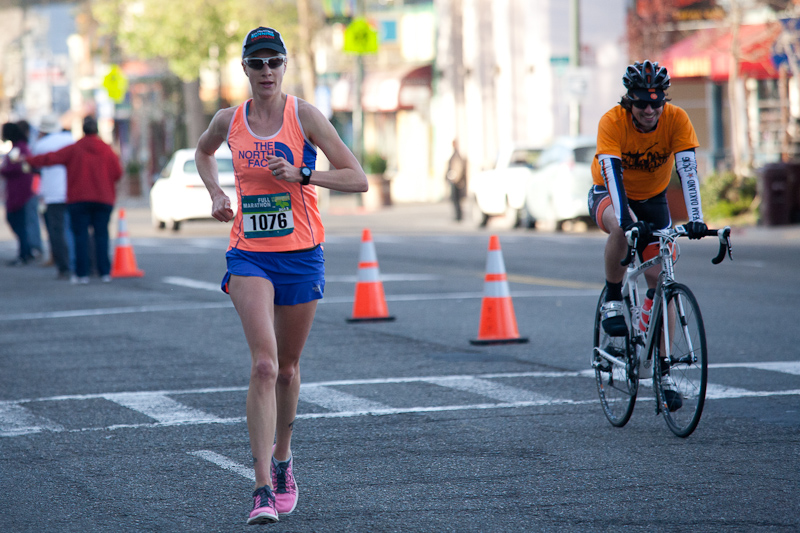 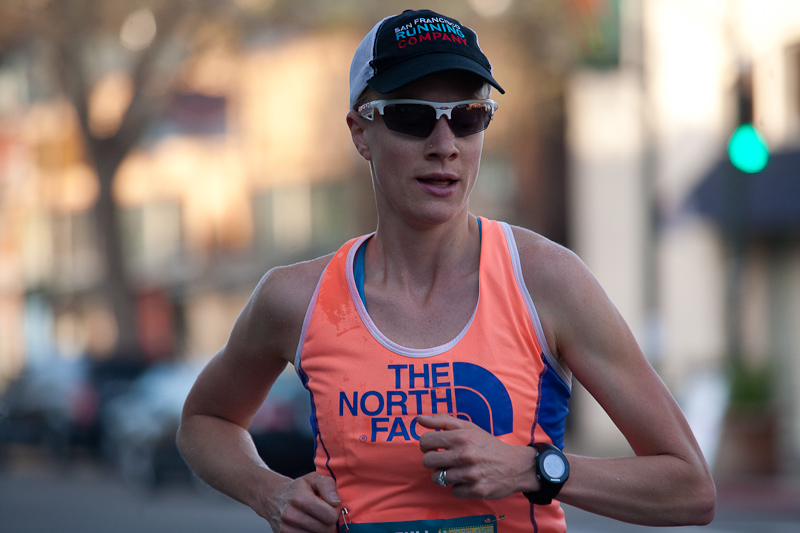 Here’s Penelope MacPhail, in the braids, who finished 4th overall for females with a time of 3:16:17. 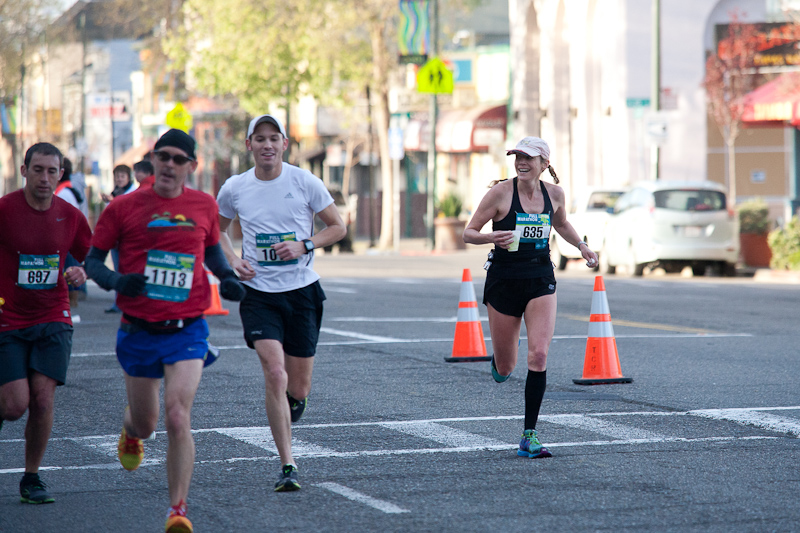 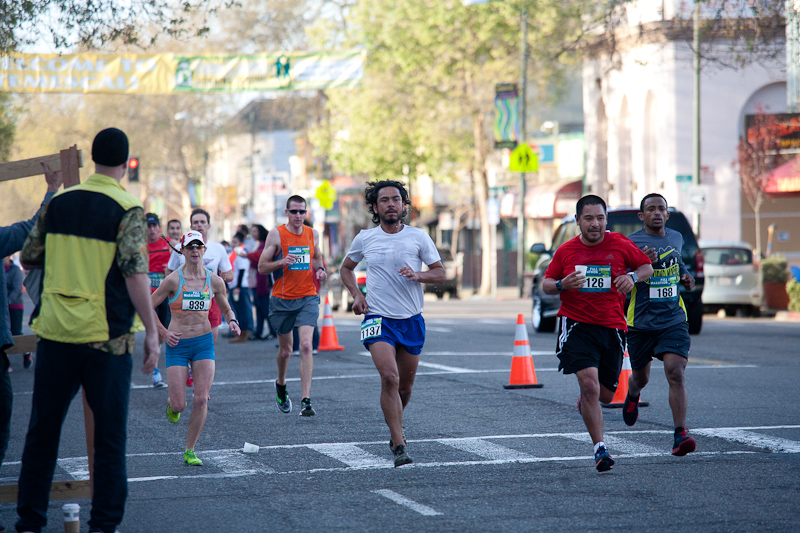 This is Monica Zhuang, who chose to run the relay this year with team Runners Unchained. 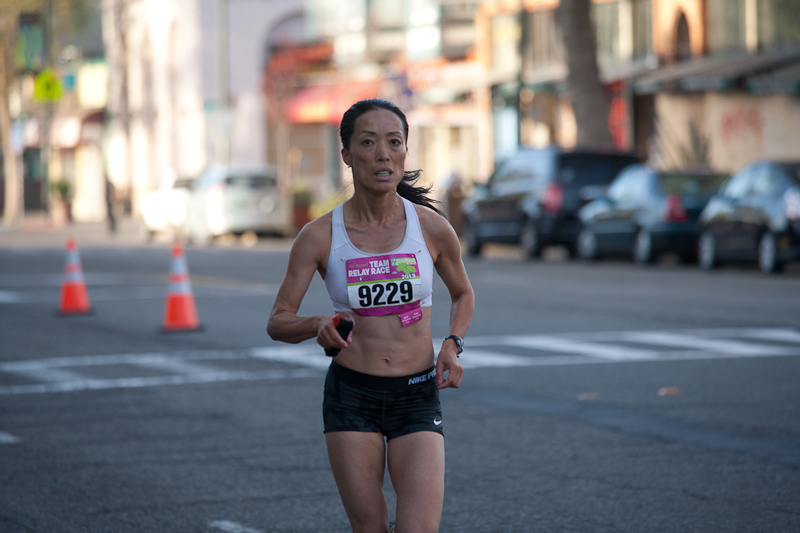 I loved the coordination that this guy, Adam Kittler had in his outfit. 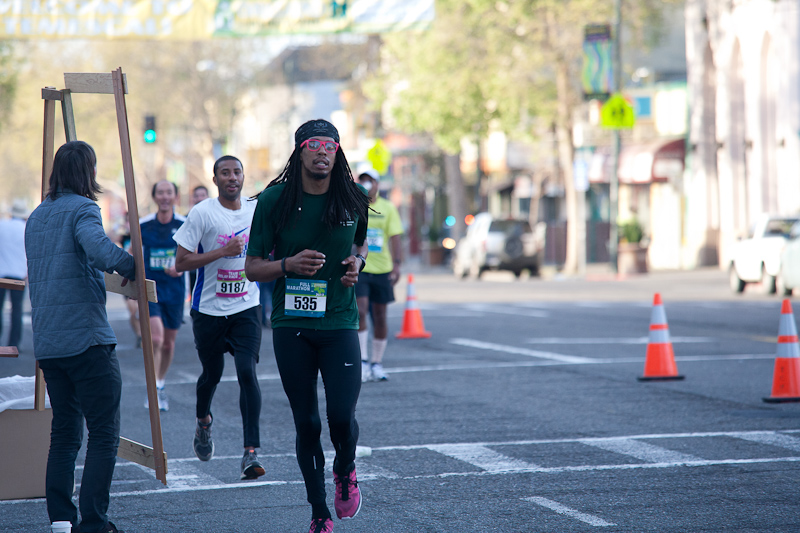 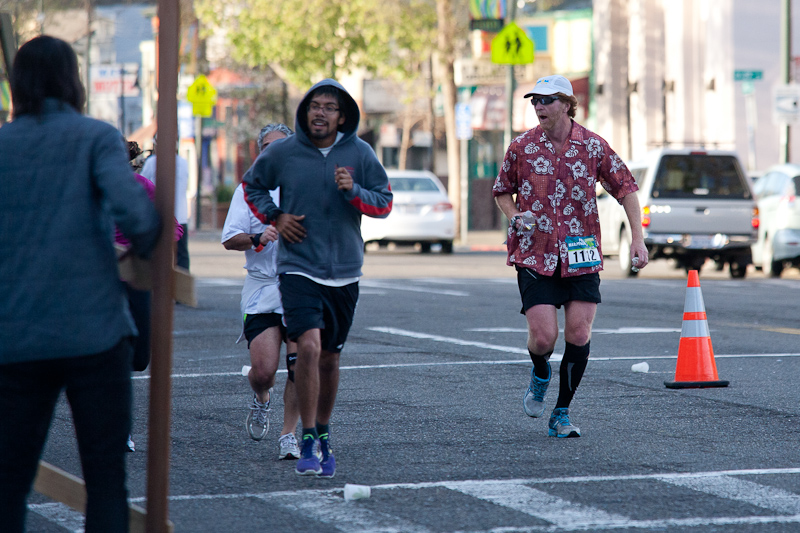 2 thoughts on “Photos from the 2013 Oakland Marathon”