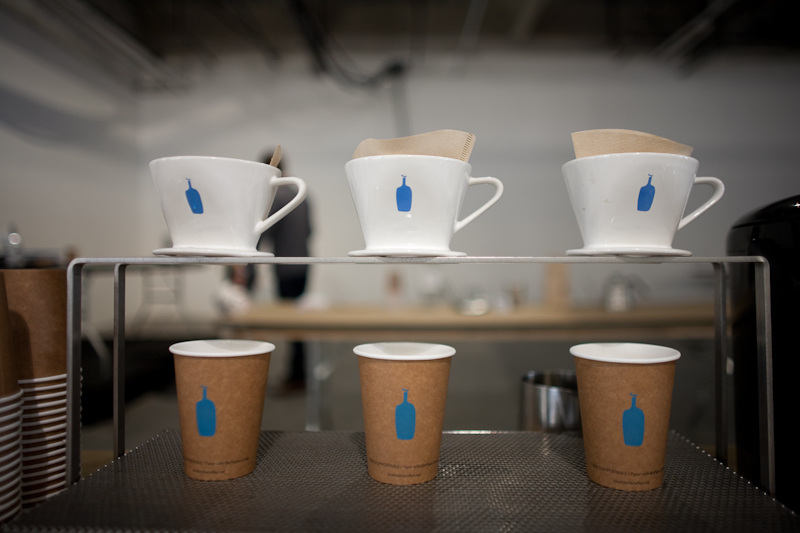 I once again took photos for this year’s Eat Real Festival, held in Oakland’s Jack London Square from September 23-25, 2011.  This post is the first of many from the festival.  (Part 2, Part 3, Part 4, Part 5, Part 6) The event’s organizers had a fully packed schedule and there were a lot of really interesting things to photograph.

One of the things that I noticed this year was that there were more hands-on activities.  There was a DIY Make-it area and a DIY Eat-it area complete with a community oven, sponsored by King Arthur Flour (I am a fan).

One of the first DIY activities was a coffee brewing workshop put on by the fine folks at Blue Bottle coffee, who roast their beans only a few blocks away.  4 of their training staff led a workshop on making coffee with paper filters and their Bonmac ceramic drippers. 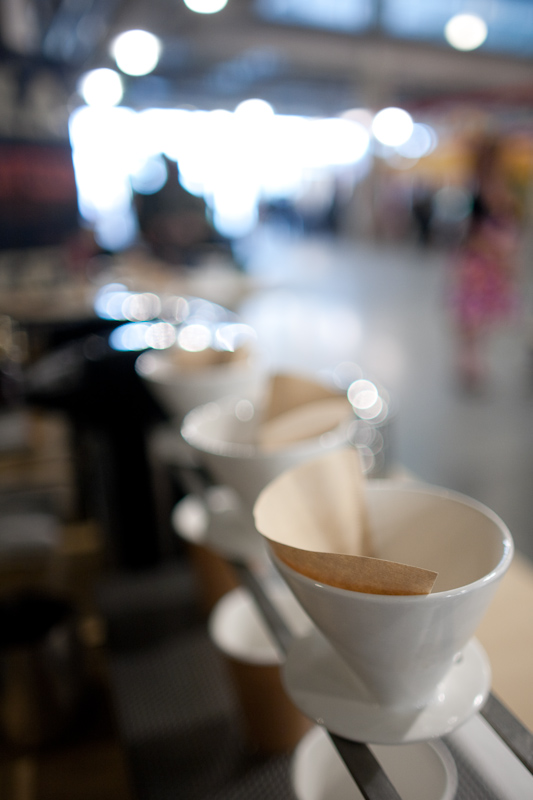 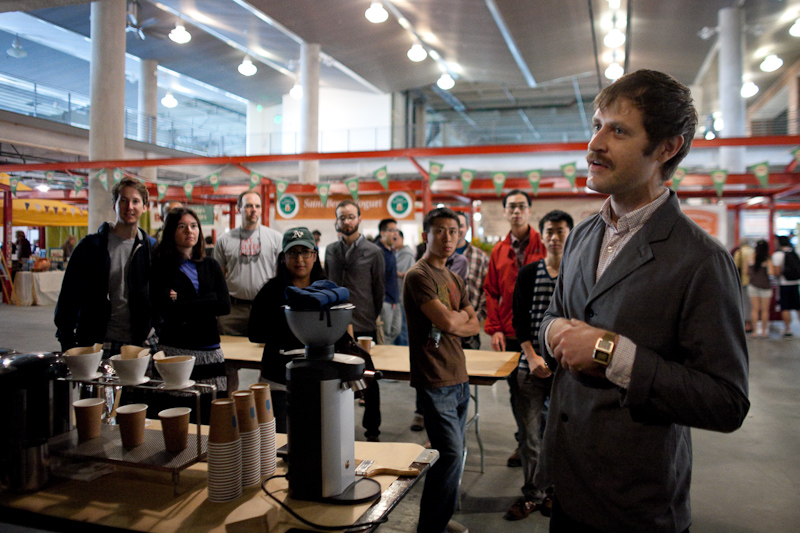 Benjamin Brewer started the talk by giving an overview of the process and continued to make key points as each of the other trainers demonstrated their drip-brewing processes. 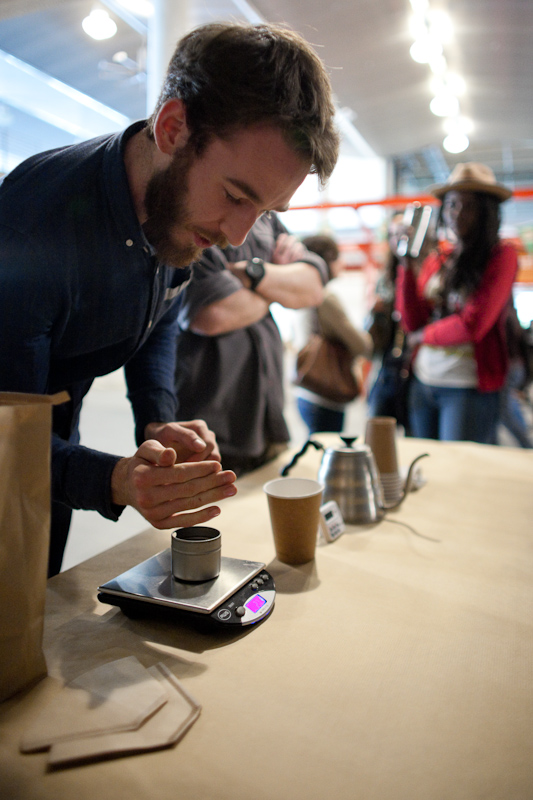 The coffee grounds were precisely weighed on digital scales to ensure a coffee to water ratio of 1:10 in the cup.  “In the cup” is a key phrase, Benjamin explained.  The coffee grounds absorb a fair amount of hot water and thus a little extra hot water needs to be added to the filter to achieve a 1:10 ratio in the cup. 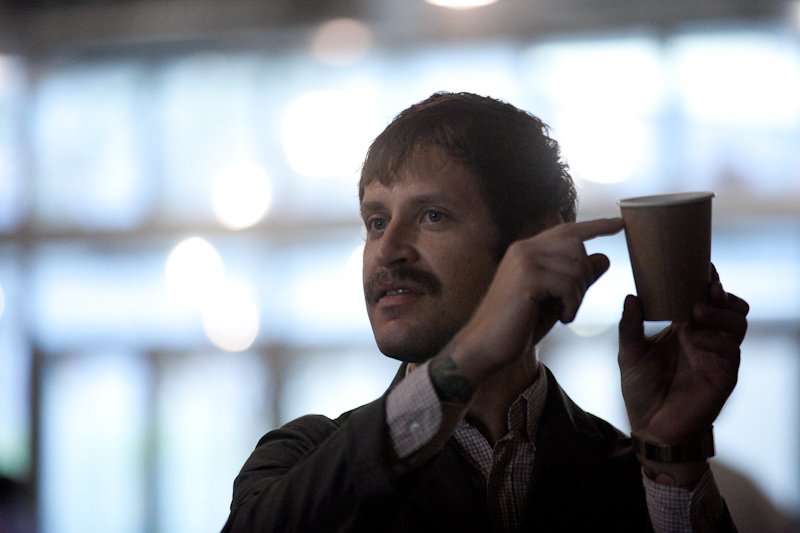 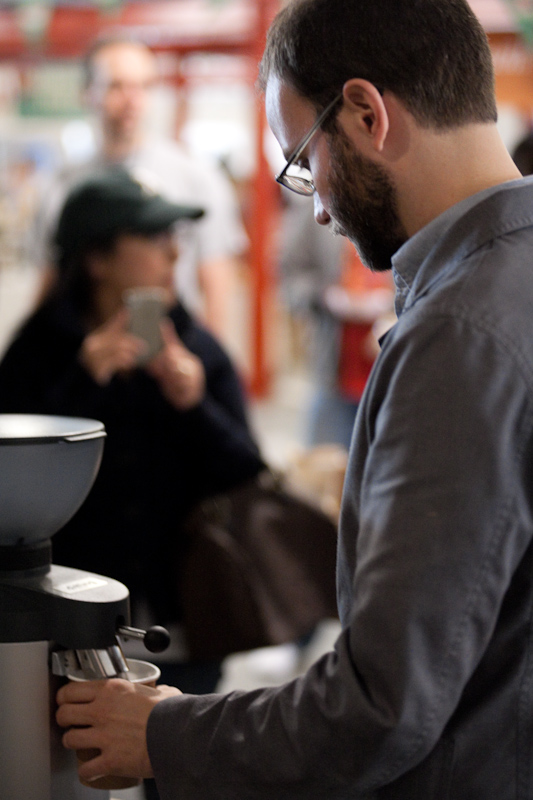 Benjamin emphasized freshness – the beans in the demo were only between 1-3 days old.  After the beans were weighed, the trainers took turns grinding them and bringing the grounds back to their table. 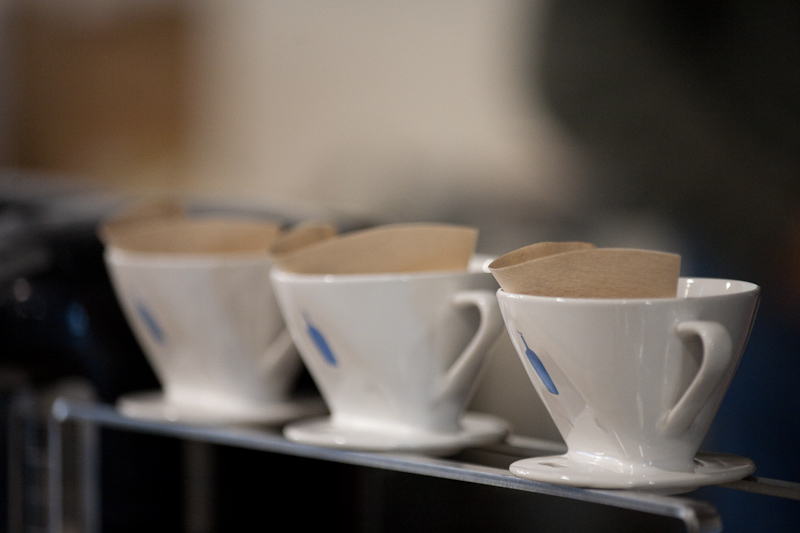 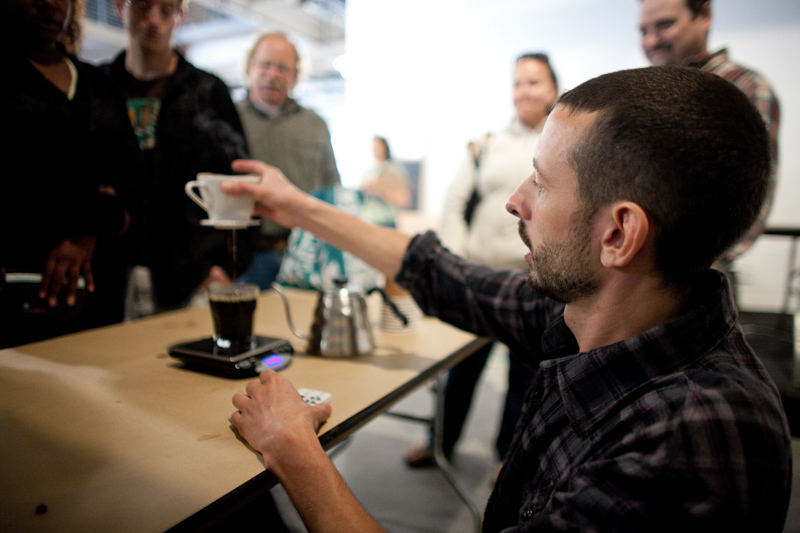 Hot water was poured in via goose-necked pitchers until the target weight was reached.  In the above photo, Brian demonstrated when to pull the dripper away before guiding attendees in brewing their own drip coffee. 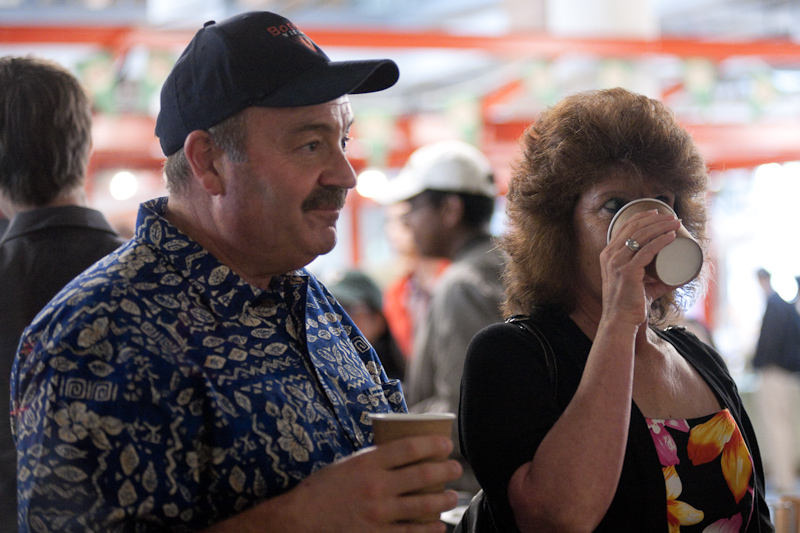 I stepped outside after this workshop to make my way to the DIY Eat-it area, where Beauty’s Bagels were putting on a bagel workshop. 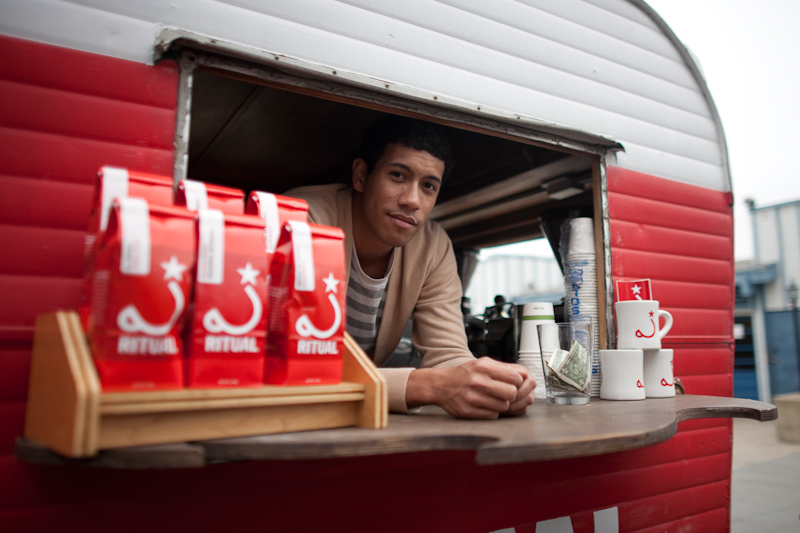 Third-wave coffee was well represented at the festival.  Ritual Roasters‘ always-photogenic coffee trailer, Sputnik was there once again.

Oakland’s Beauty’s Bagel led a DIY workshop where they showed how to make their Montreal-style bagels.  They had premade and proofed the dough and workshop attendees floured up their hands and got to rolling their own bagels after watching a quick demo. 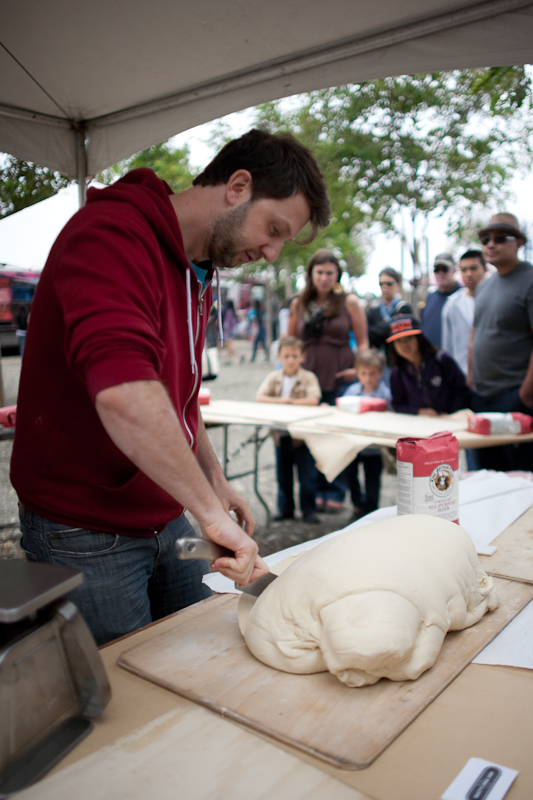 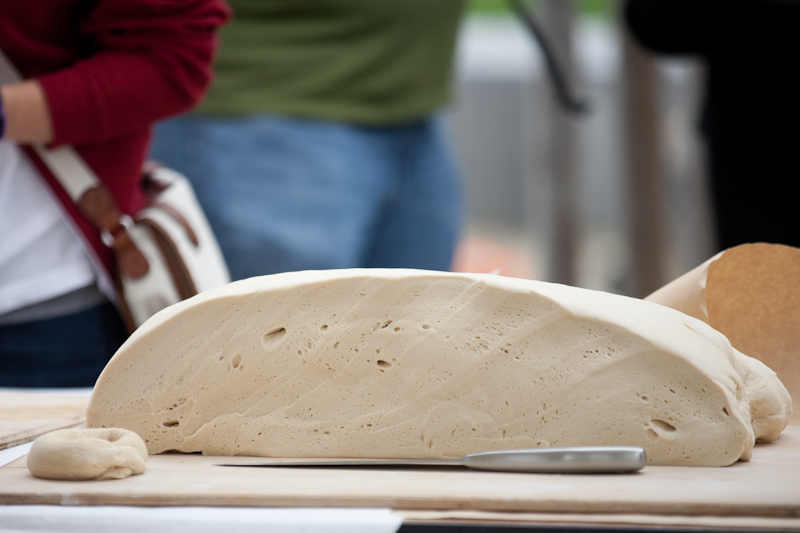 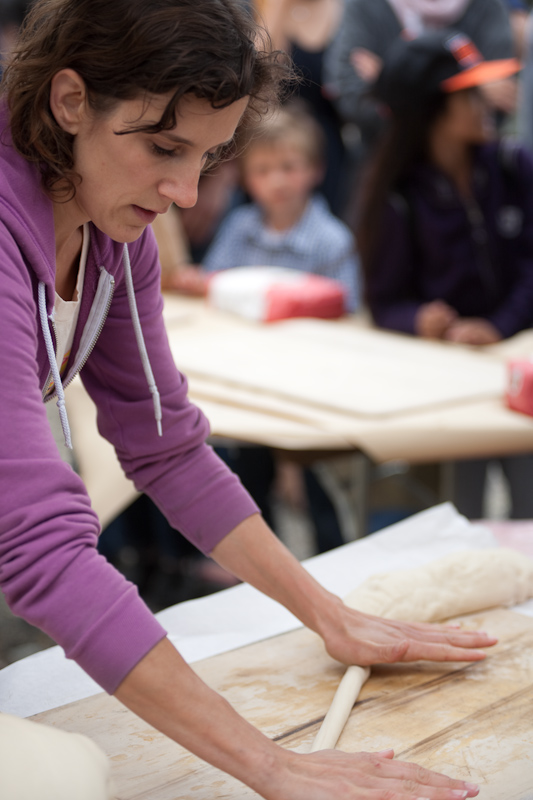 Some bagel recipes call for creating balls and poking holes through them to create their distinctive shape, but here Amy Remsen rolls them out and creates a loop. 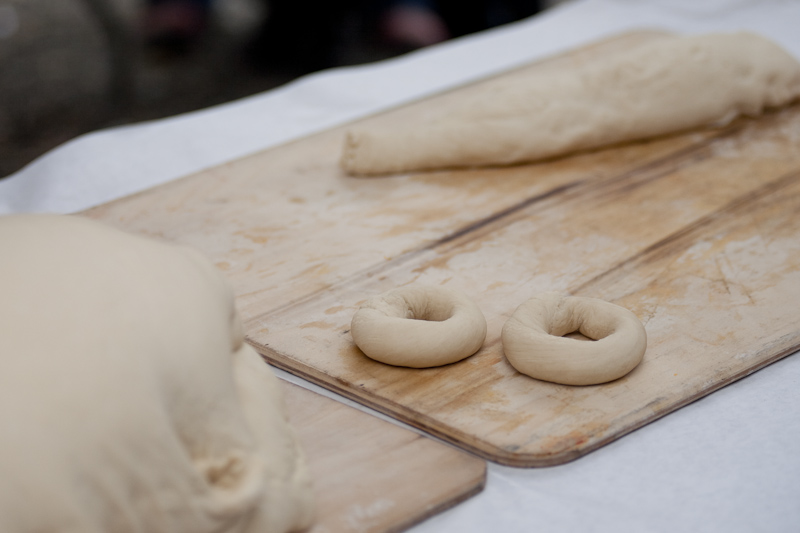 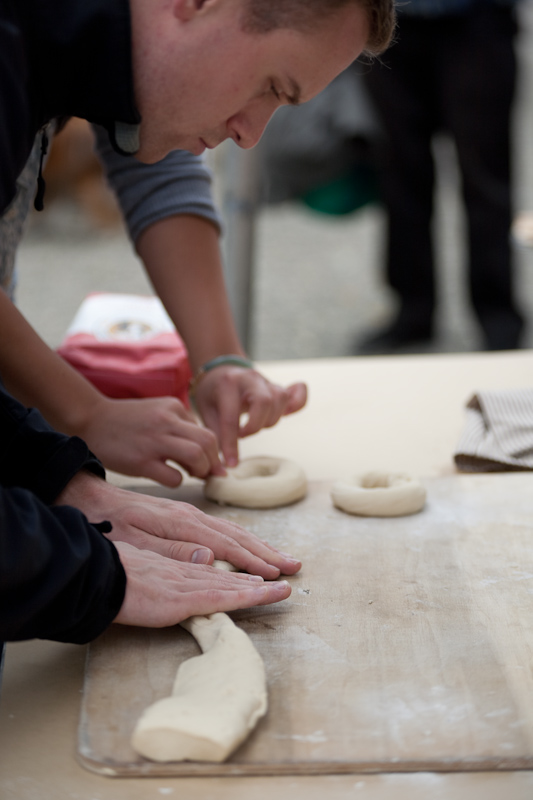 After they created a few demo bagels, the audience members were invited to get involved and create their own. 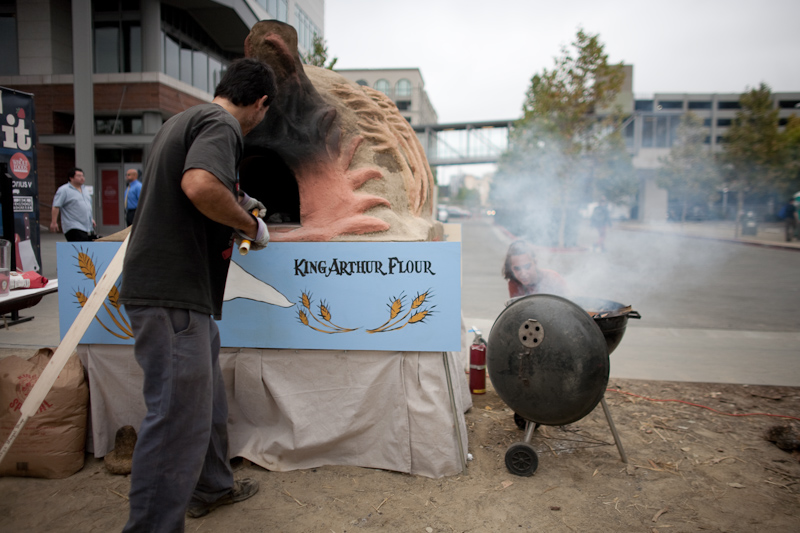 Meanwhile, things were getting started with the wood-burning oven 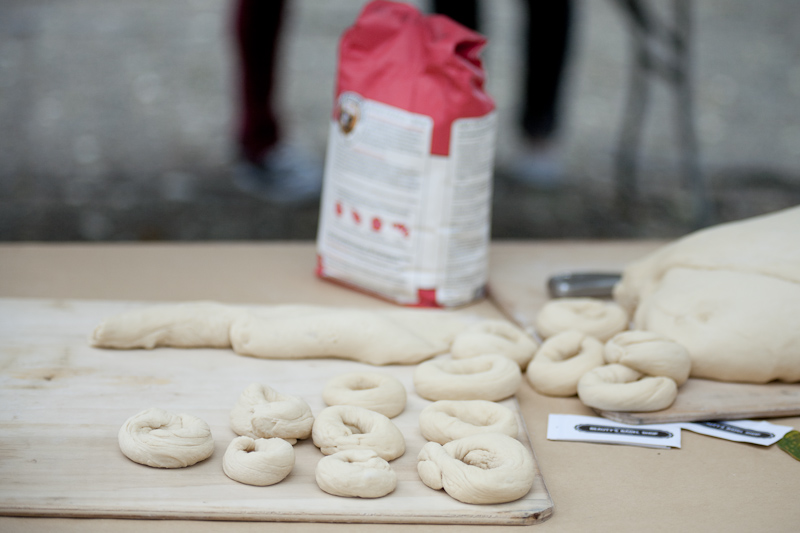 Various bagels rolled by various bagel-makers.  The bagels were then boiled in honey-water and thrown into the oven.