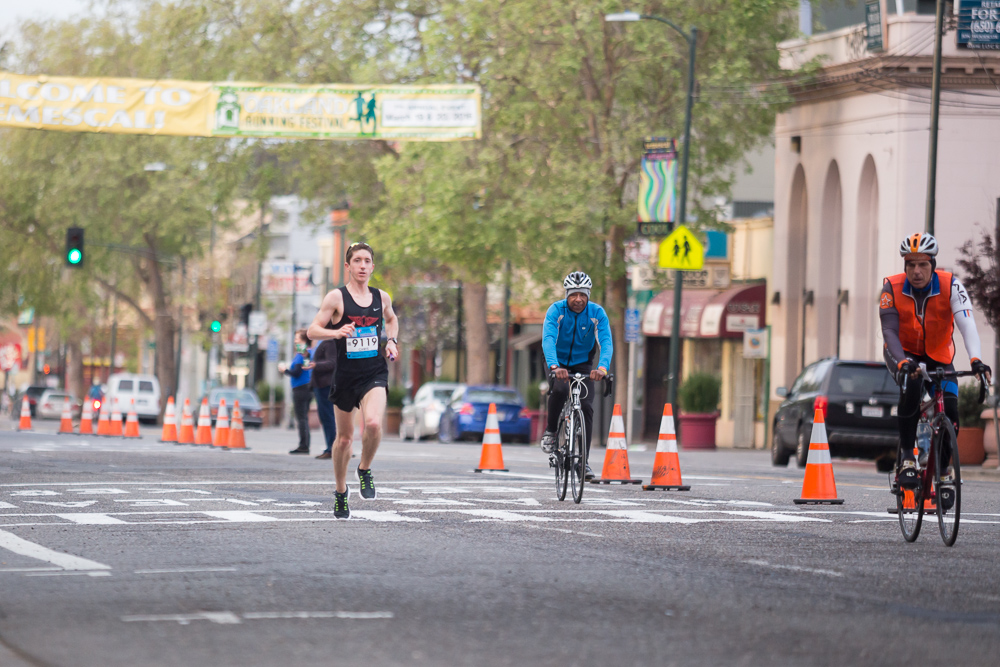 This year’s 7th Oakland marathon took place on a cloudy morning.  It started raining around noon, so most runners just escaped the rain. 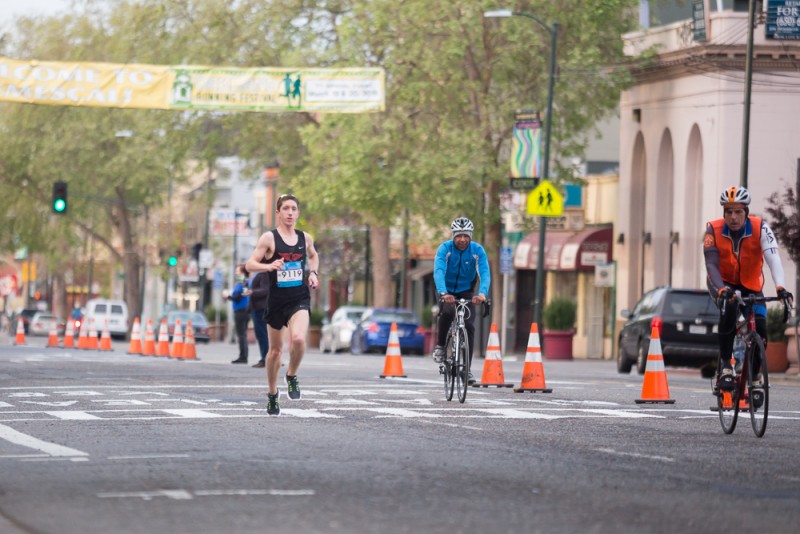 A runner (9119) from the Olympic Club male relay team was the first runner through at mile 4, escorted by a few cyclists.  They finished in 1st place for the male relay category, with a time of 2:21:44. 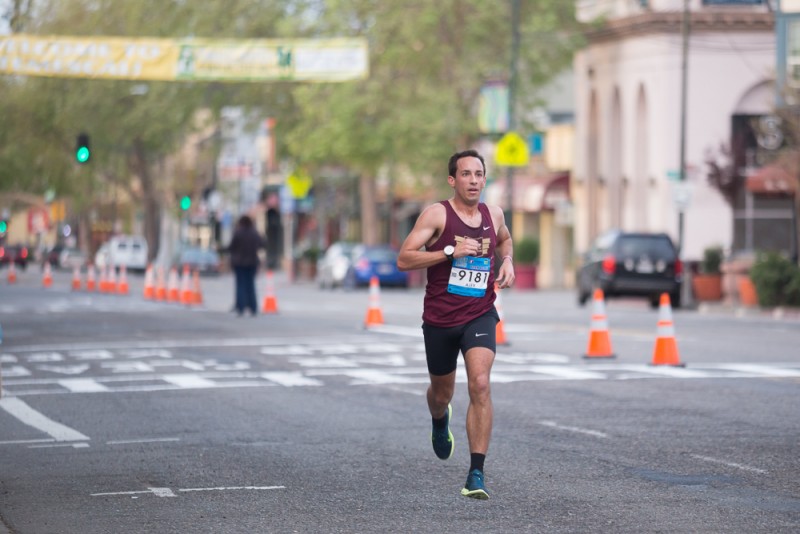 This runner (bib 9181) from the SFRC Racing team was the second runner through at mile 4, they finished 2nd in the mixed relay category with a time of 02:41:43. 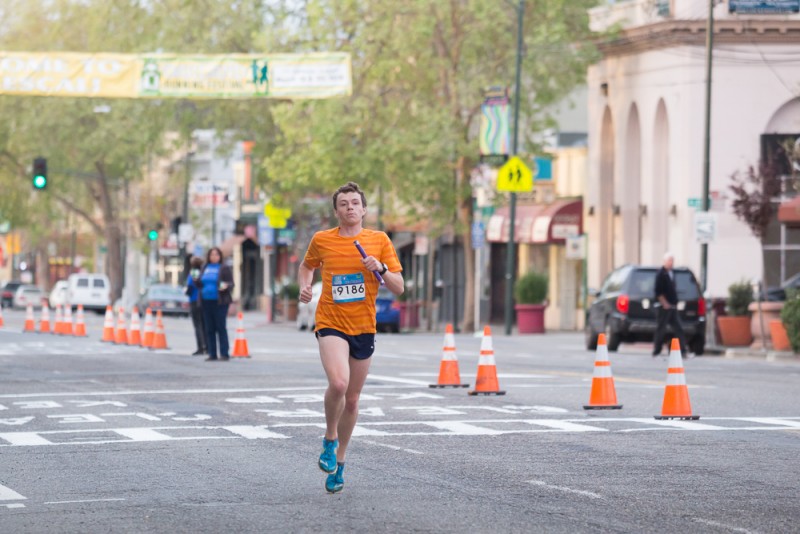 Carrying the baton for Shabo TC, this runner (9186) helped his male relay team capture 3rd place in their category. 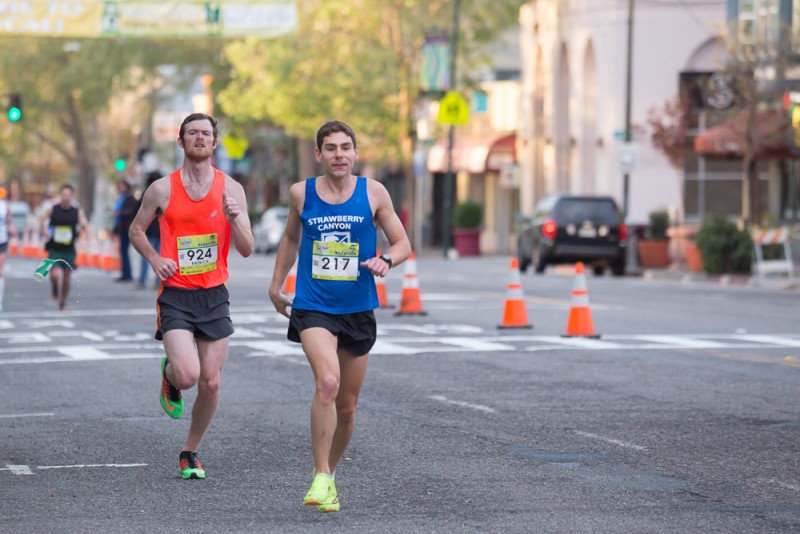 After the first batch of relay runners, we started to see the marathon runners, seen in the lime-colored bibs.  This is Alex Battaglino (217) and Patrick Donnelly (924),  both of El Cerrito, within footsteps at mile 4.  Alex eventually won the race, and increased their separation from a couple of feet to 8 and a half minutes by the end of the race.  Alex Battaglino won with a time of 02:34:51, and Patrick Donnelley finished 3rd with a time of 02:43:25. 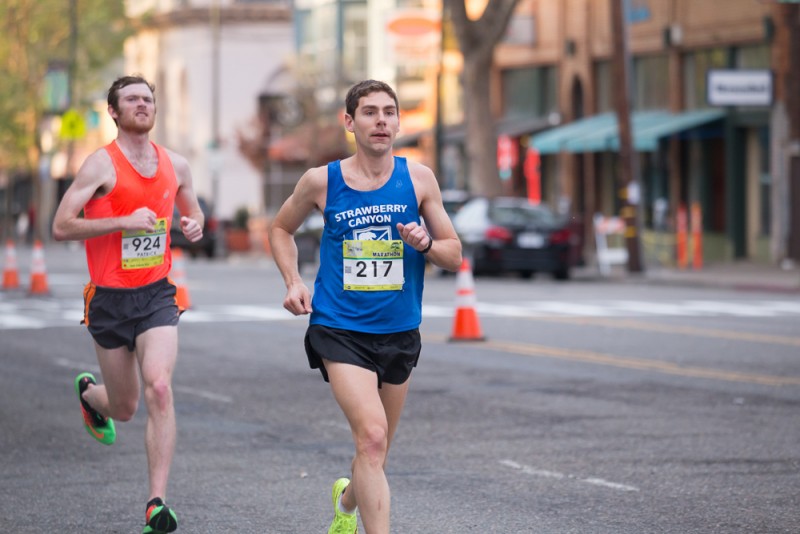 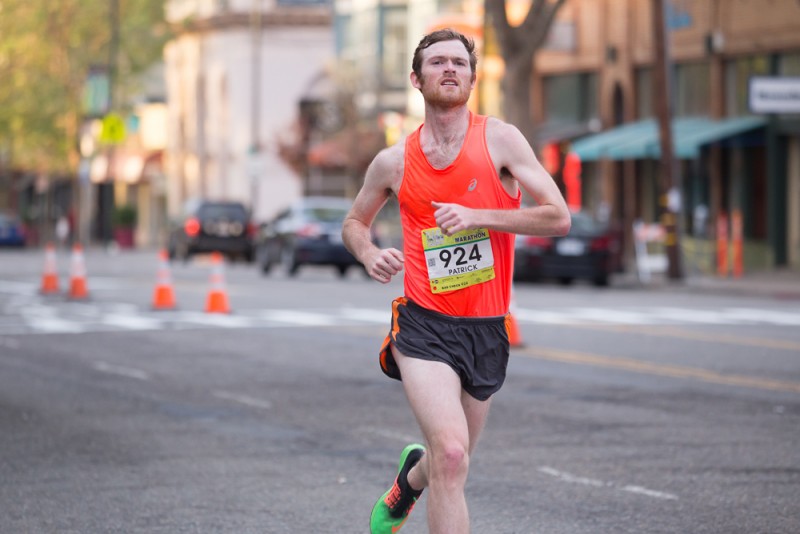 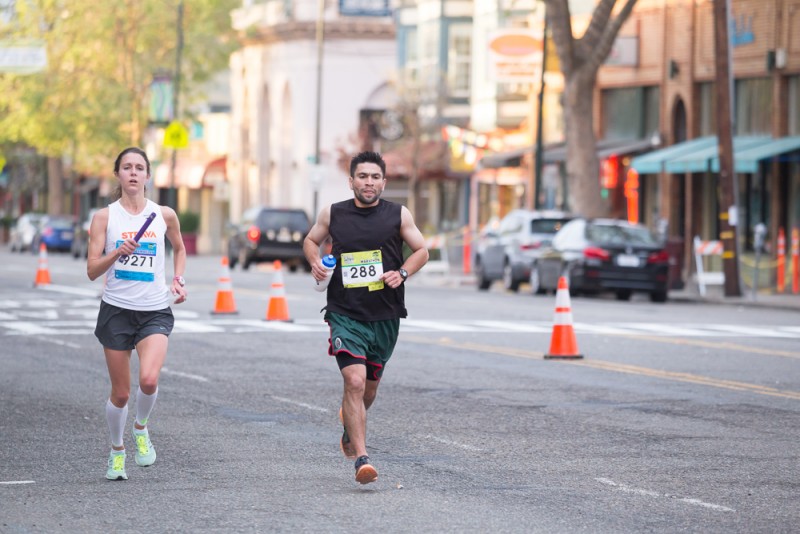 Ivan Medina of Hayward is a perennial top finisher at the Oakland Marathon.  This year, he finished in 2nd place, with a time of 02:41:25.  He ran it quite a bit faster in 2015, having finished that race with a time of 02:30:07, which would have been good enough to win this year. 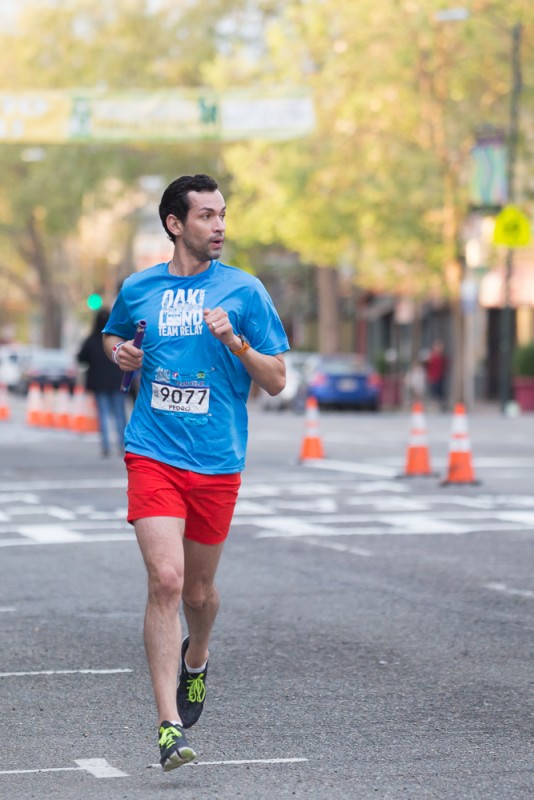 Here’s a runner from the Habitat for Humanity team, who ran in the mixed relay.  They finished with a time of 4:16:37. 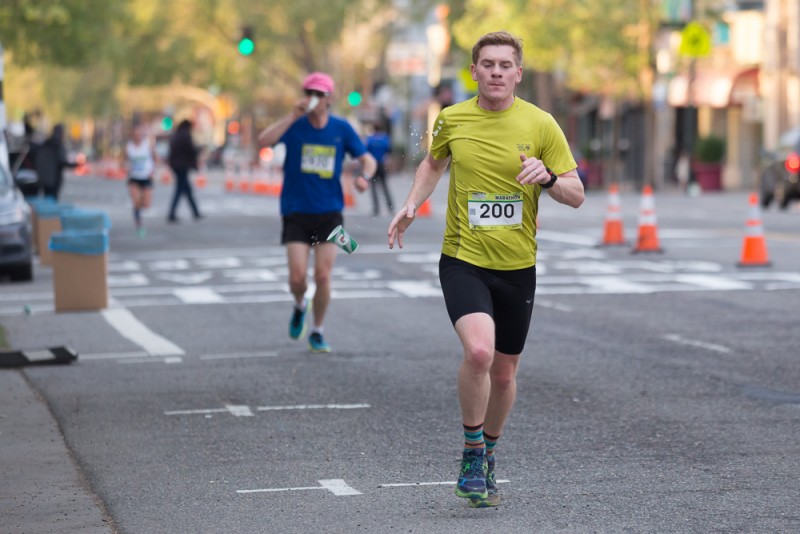 Christopher Jackson of Berkeley finished the marathon in 6th place, with a time of 02:55:17. 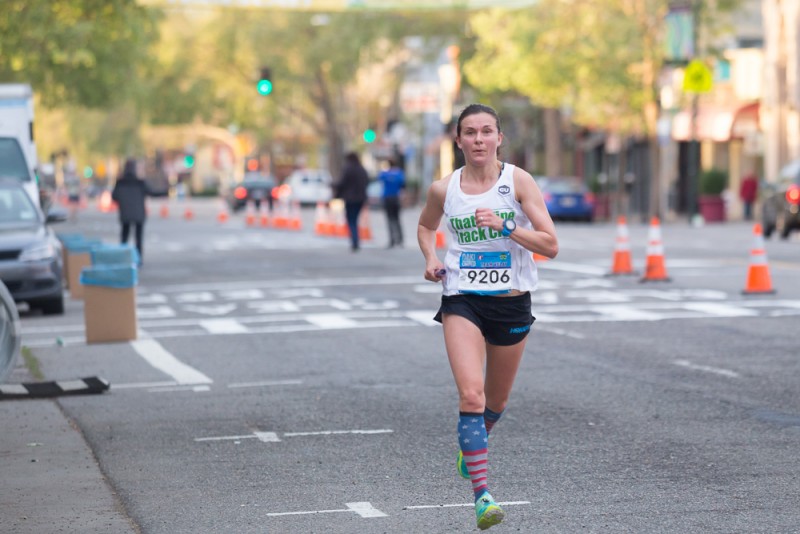 The #GUforit with the That’s Fine Track Club finished first in the mixed relay.  Here’s one of their runners at mile 4. 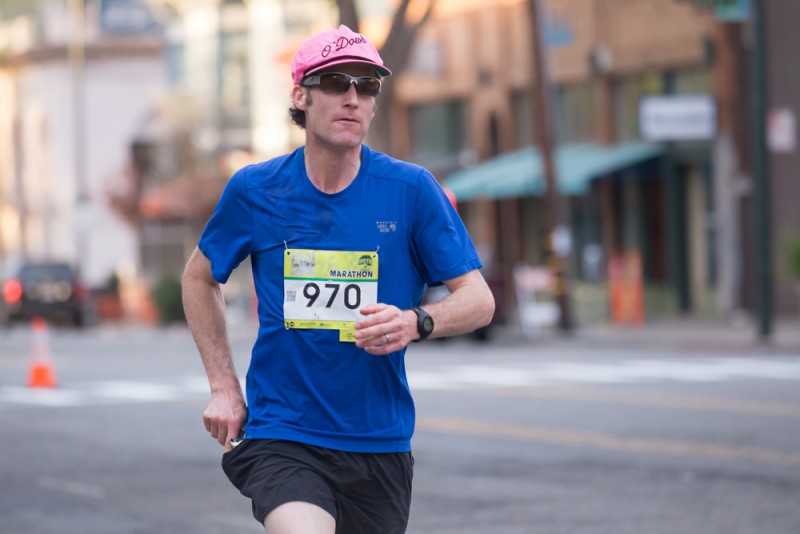 Rob Nachtwey, of Berkeley, is another perennial contender who is easy to pick out because of his pink hat.  He finished 2nd in 2014, and this year finished 4th, with a time of 02:50:55. 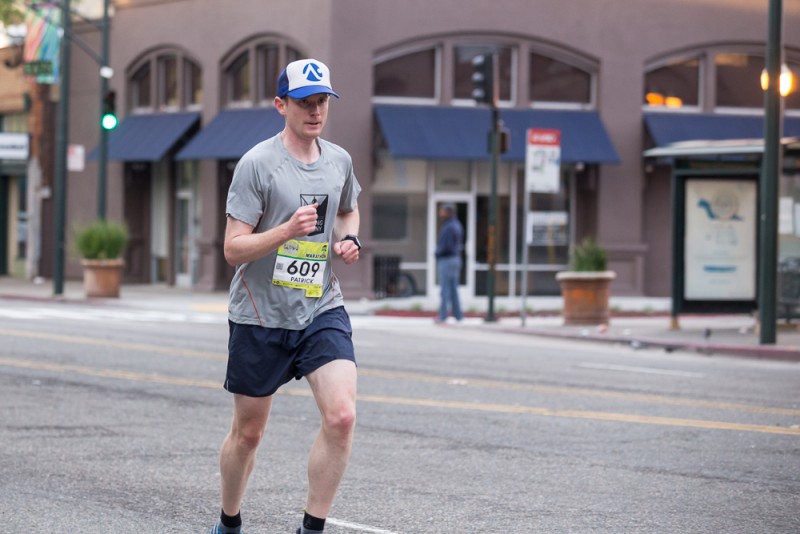 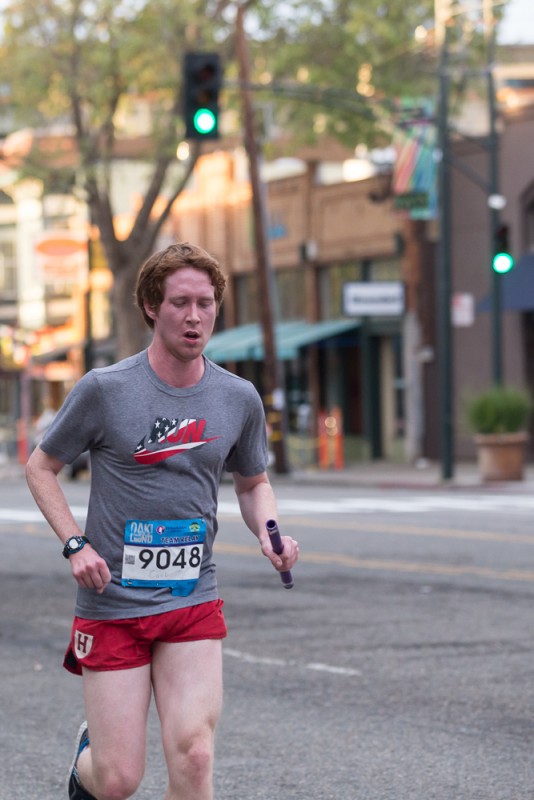 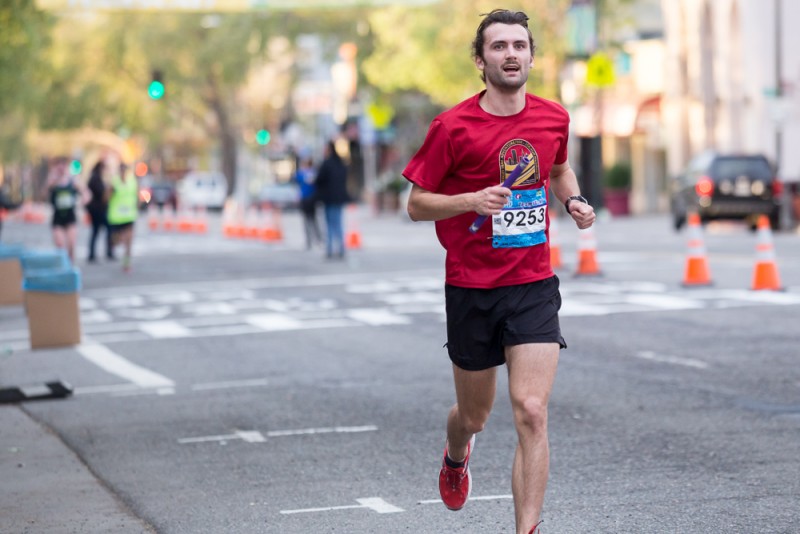 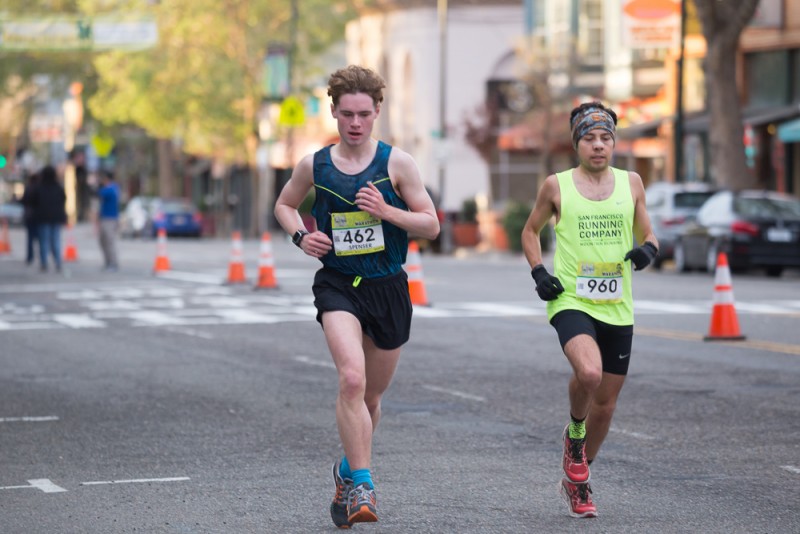 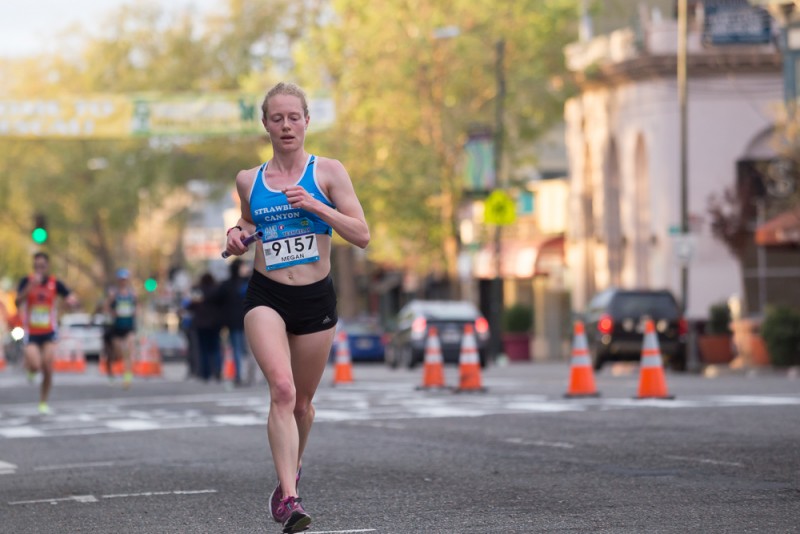 The Strawberry Canyon Track Club Women of Berkeley finished 3rd in the female relay with a time of 02:59:21. 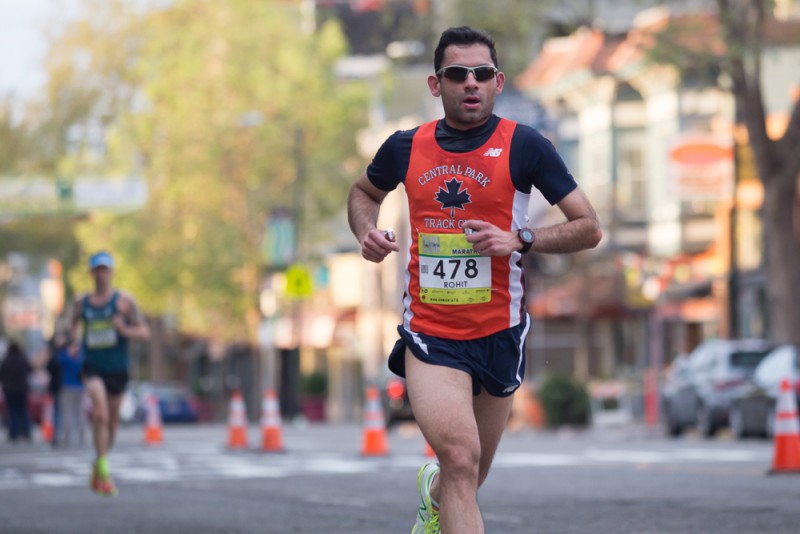 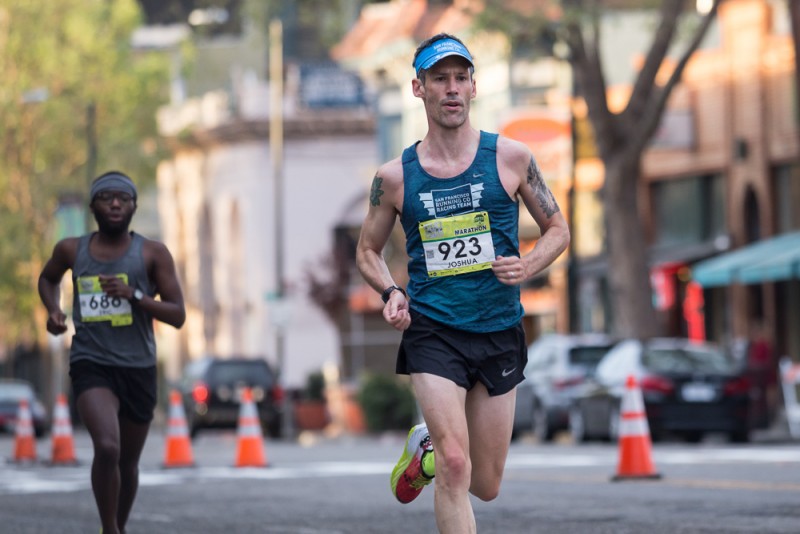 Joshua Lerner of San Francisco won the Masters category with a time of 02:49:50. 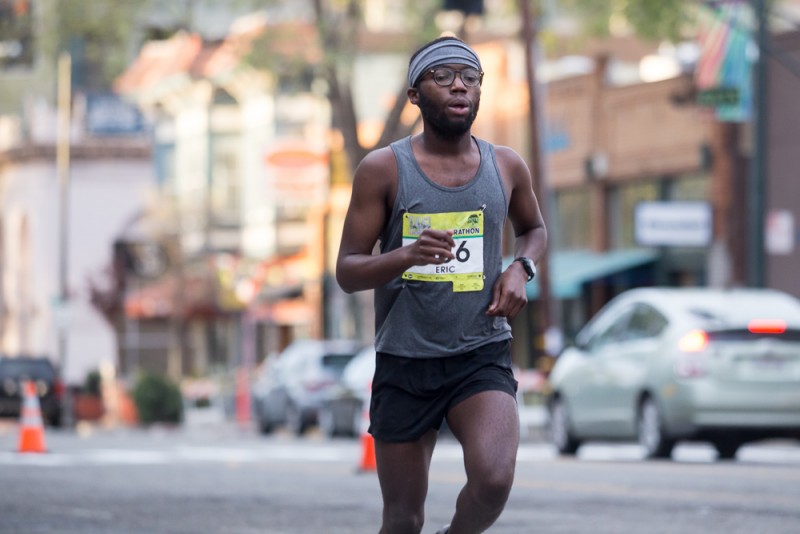 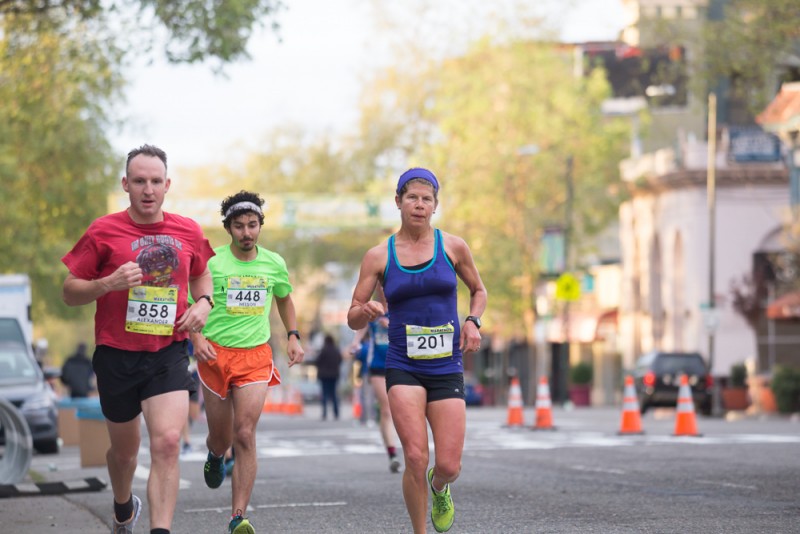 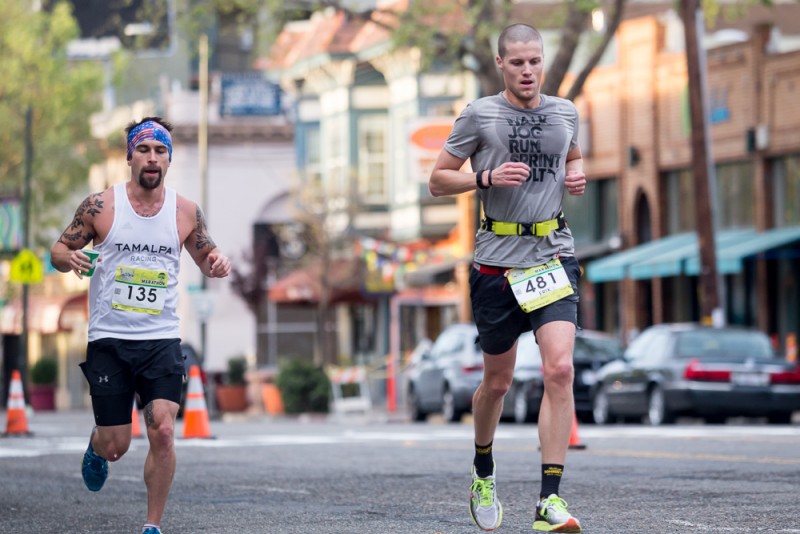 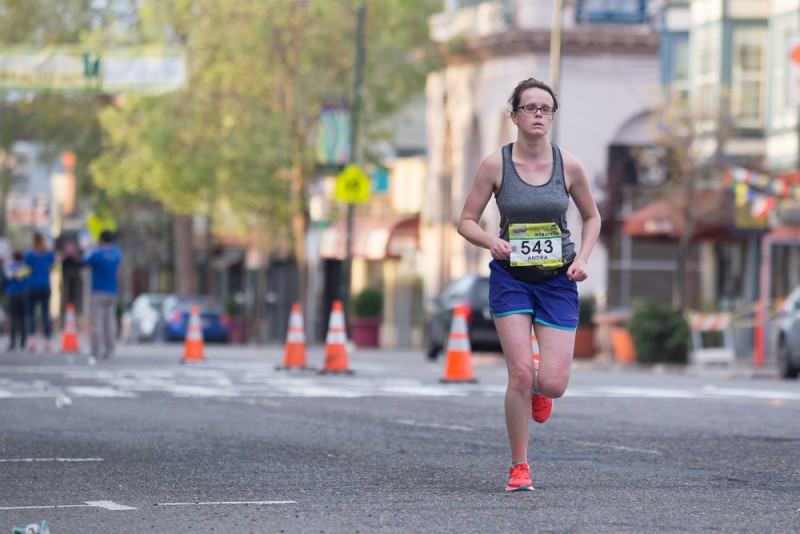 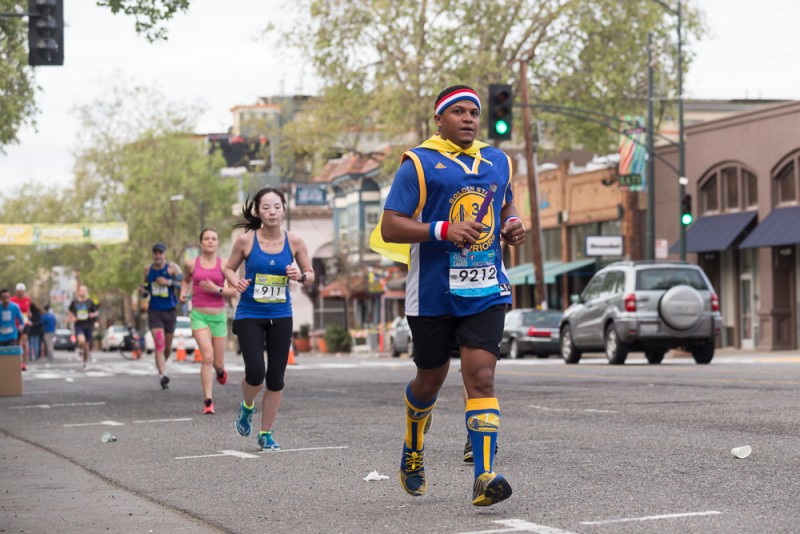 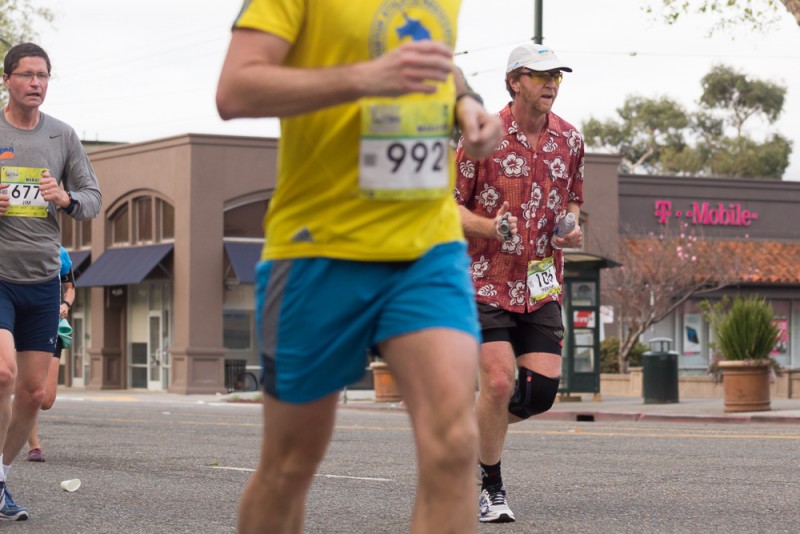 Hawaiian Shirt guy!  I love seeing runners who do this race nearly every year. 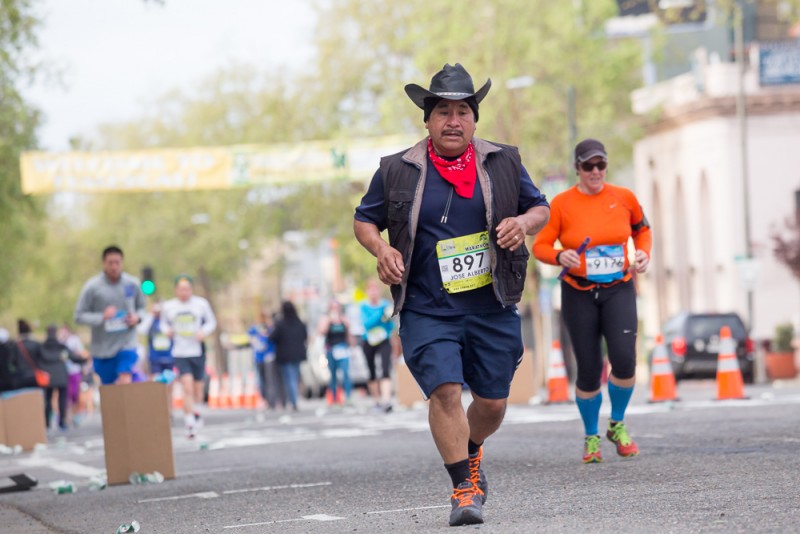 I think this is the same guy who ran with a hemp shoulder back back in 2011?  Nice to see him running again.