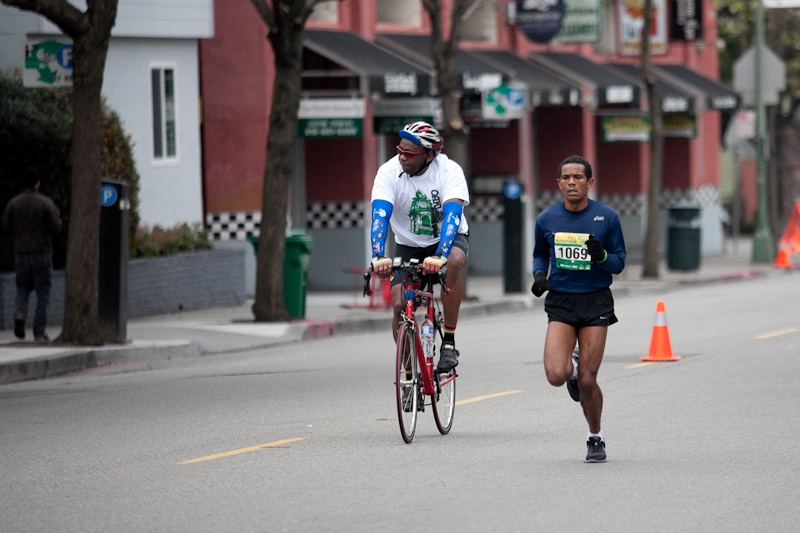 I got out early this morning to check out the 2011 Oakland Marathon.  I didn’t have it in me to try to try to run it again this year (especially with all of the cycling training) but it was really exciting to see the runners.  I got out to around the 4.5 mile mark on College ave in front of Crossroads Trading and across from Toast and near miam miam (expensive, but probably the best frozen yogurt I’ve had) 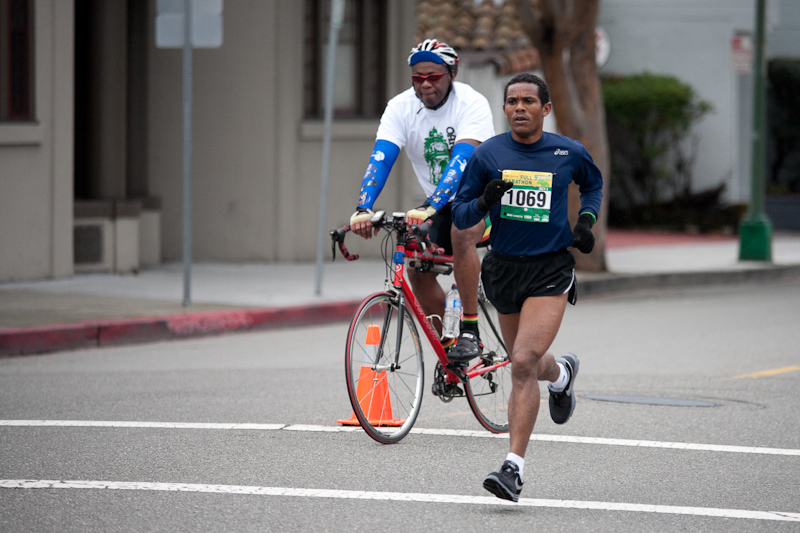 He had a small entourage of cyclists surrounding him and preceding that were some police motorcycles and an official pickup truck. 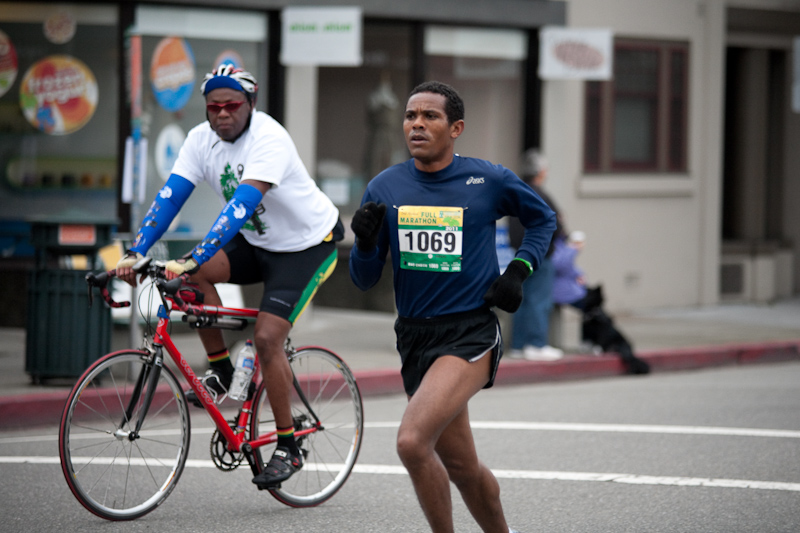 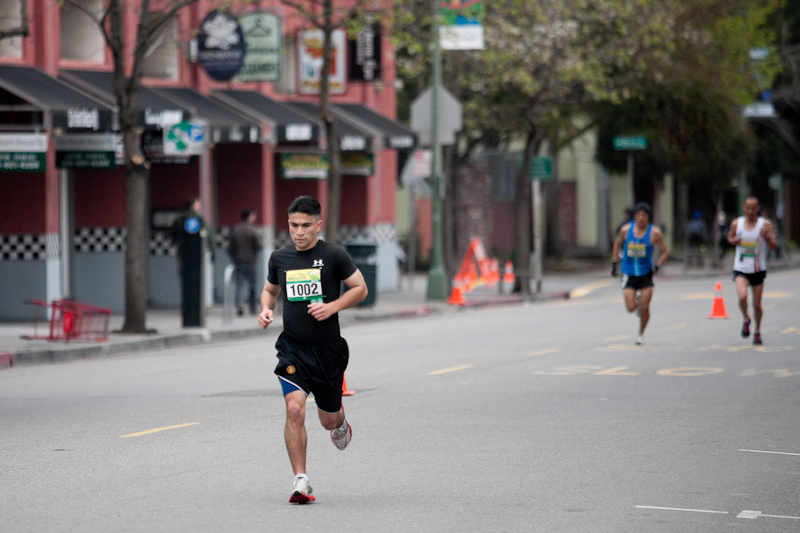 Ivan Medina from Hayward finished 5th with a time of 2:44:33, but was in 2nd place at this point. 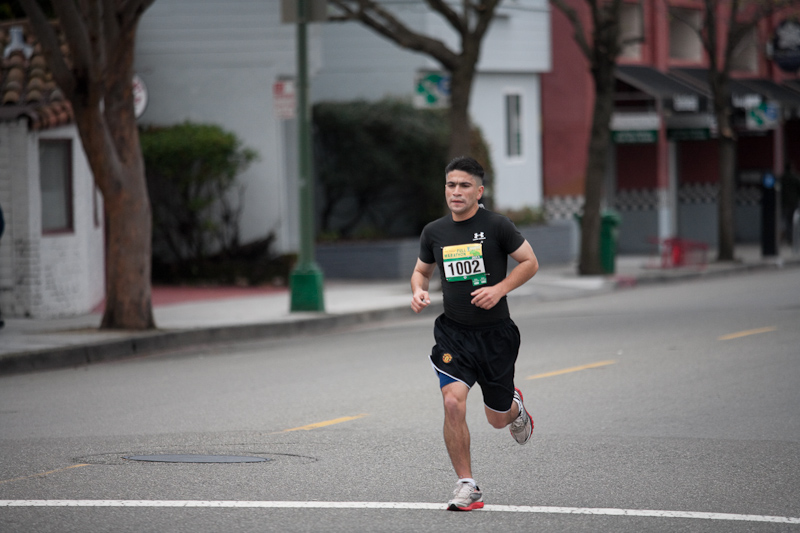 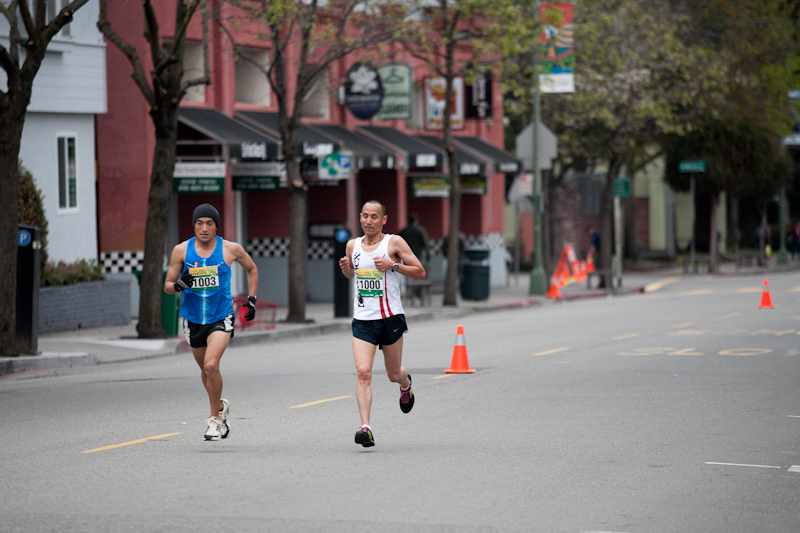 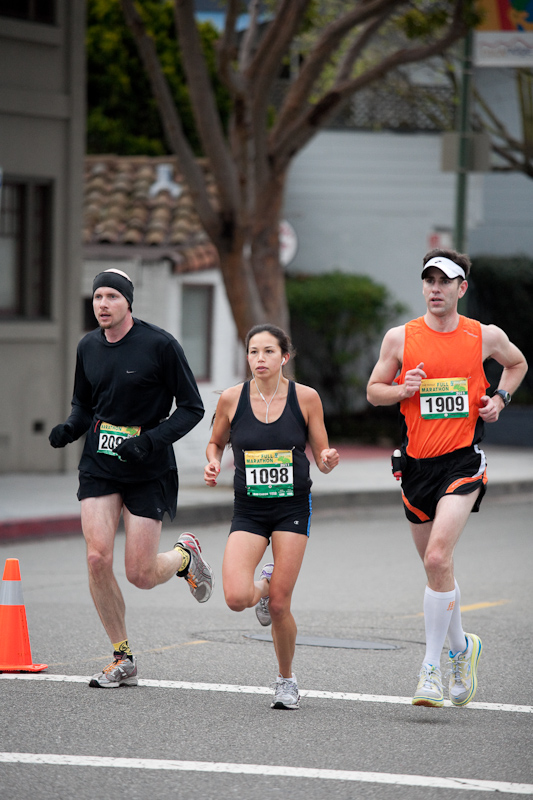 Anna Bretan took 1st place for women and 11th place overall with a strong finishing time of 2:53:19.  According to the San Francisco Chronicle, this was her first marathon ever and the longest distance she’s run in her life. 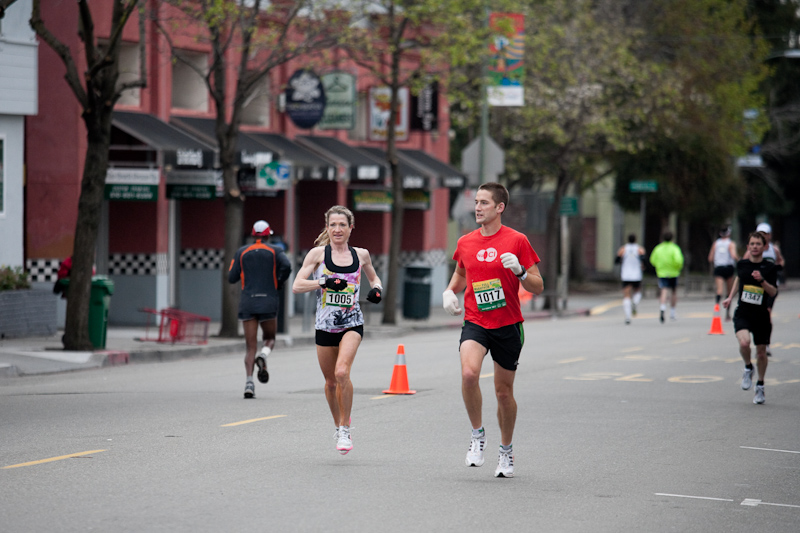 Lori Buratto from Washington finished 2nd among women with a finishing time of 3:02:53. 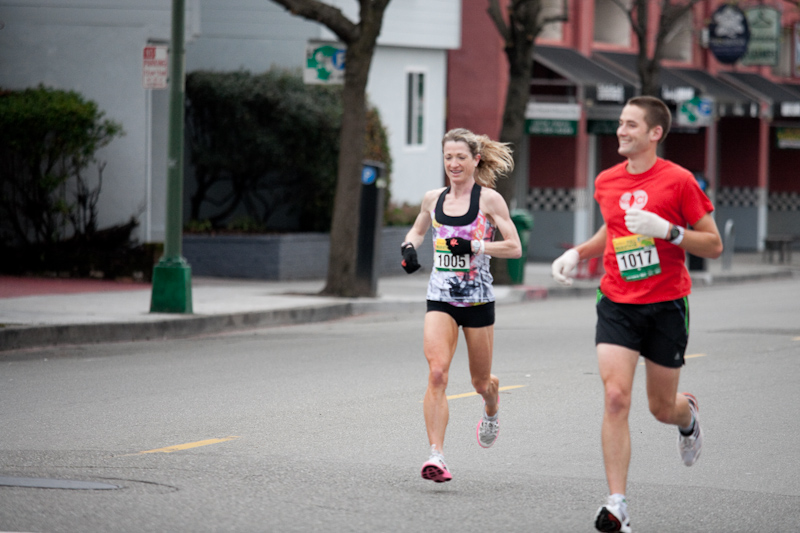 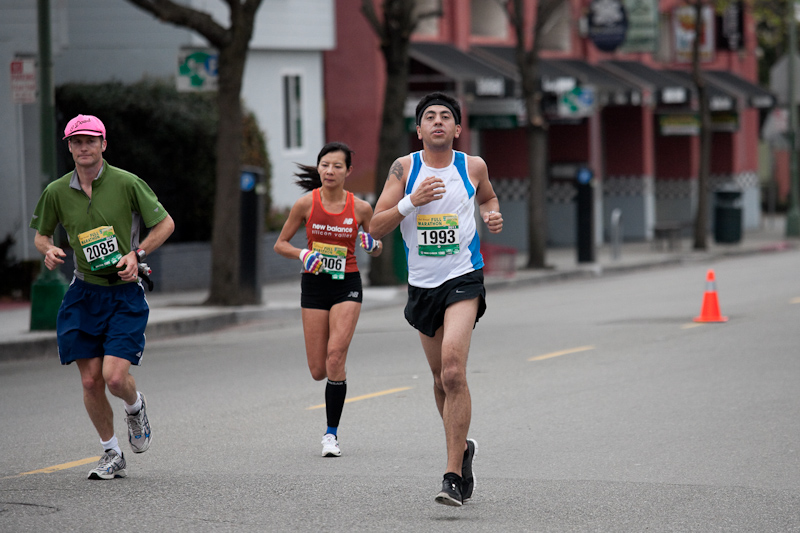 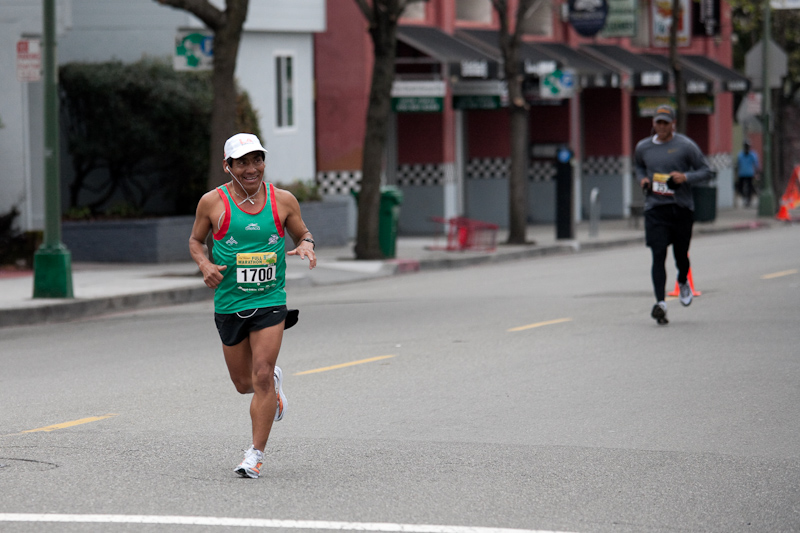 This guy was awesome. 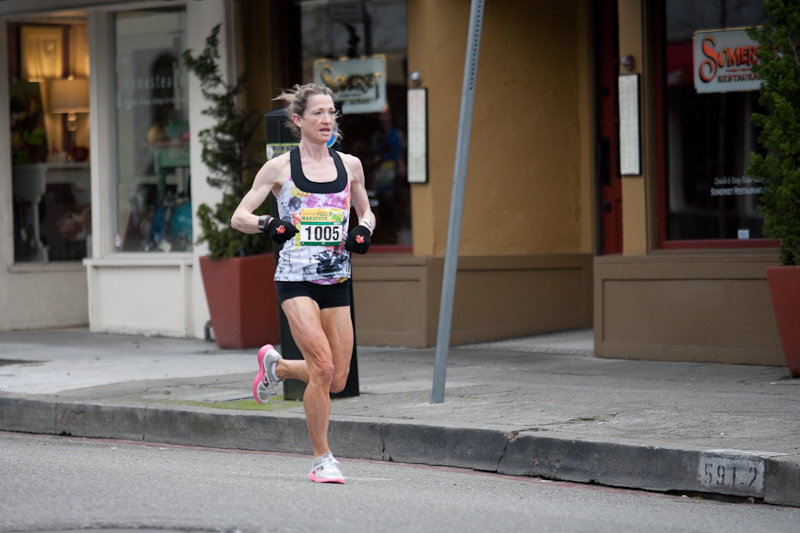 By the way, she is ripped 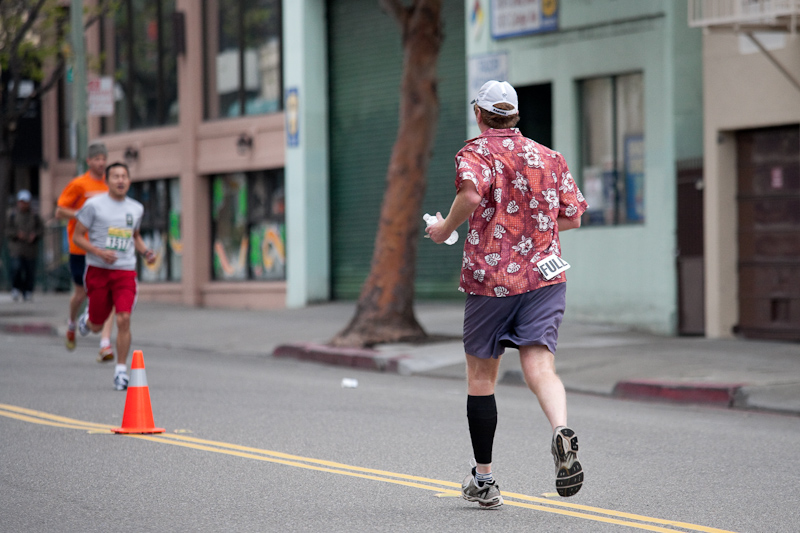 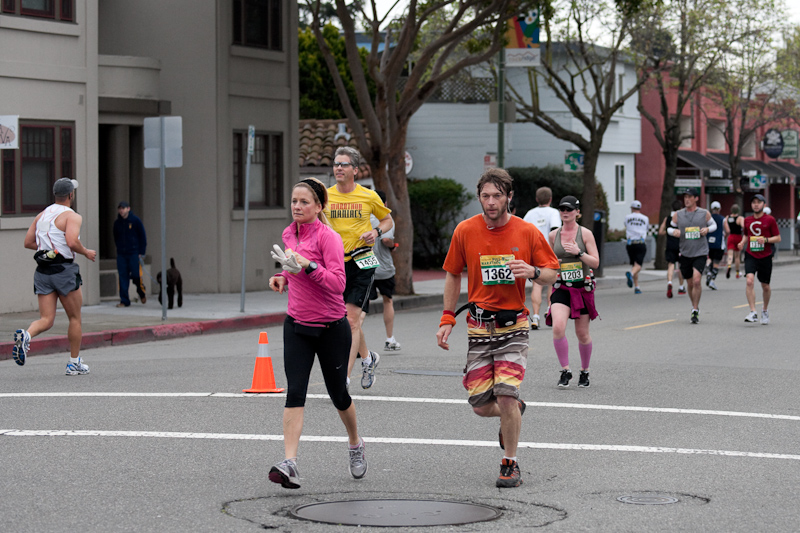 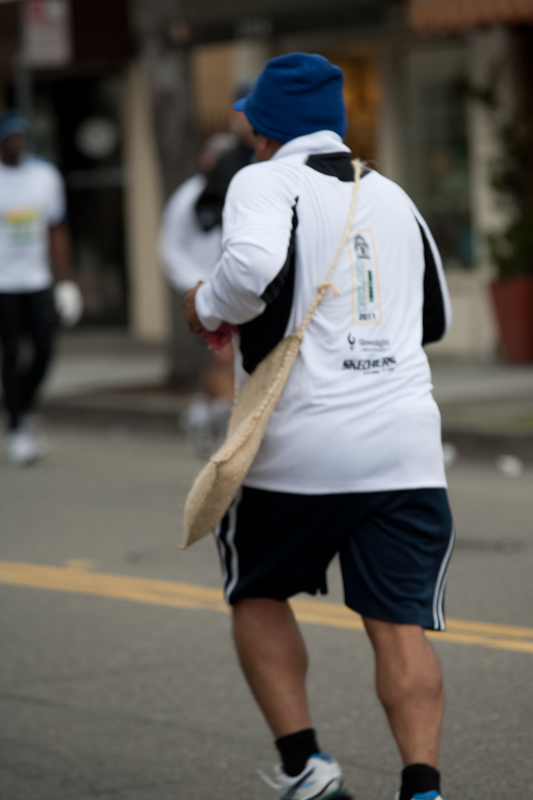 This guy ran the marathon with a hemp shoulder bag. 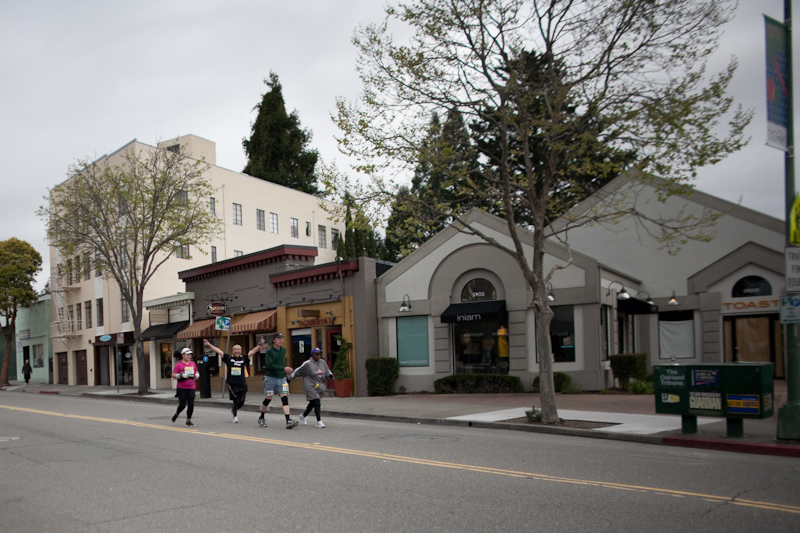 Hard to see from the photo since I had switched out to a wide-angle lens, but this guy is “Endorphin Dude” and ran with a cape.  Pretty sweet.  Check out his website.

Photos from the 2013 Oakland Marathon