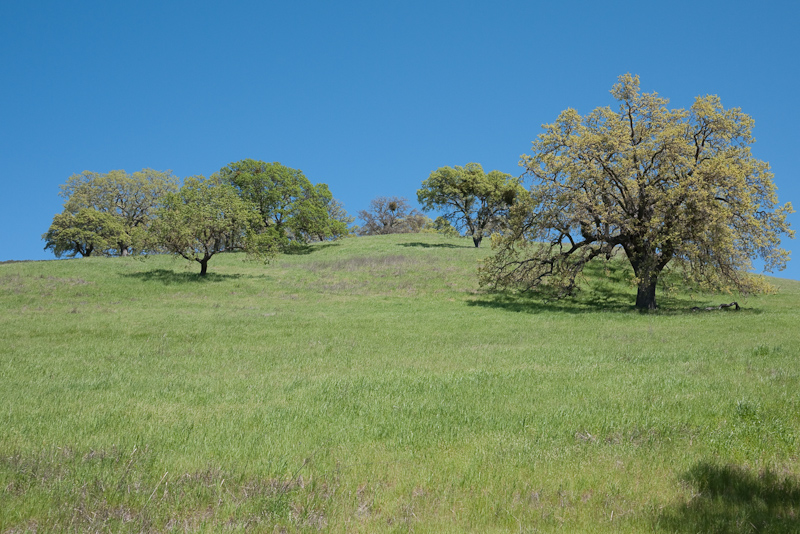 Last weekend, (pardon my 1-week delay) the second part of a back to back ride was up and down Mt. Diablo.  My legs were quite tired from the day before which made it pretty hard to spin the legs around with any sort of force.  Looking back, it was a good reminder that I have zero 2nd day endurance and will have to build that up in order to survive 7 days back to back.

It was a pretty day though.

This photo is from near the base of the hill, just at the start of the climb.  I believe I took it from Mt. Diablo Scenic Blvd. 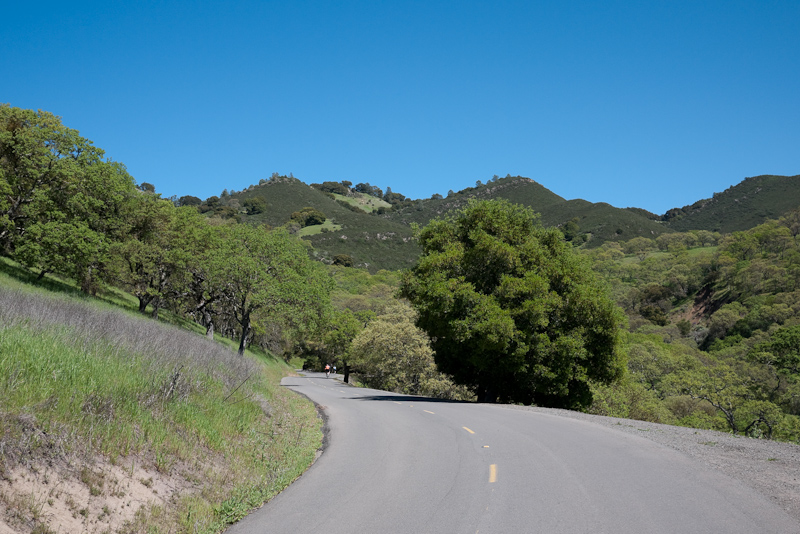 Lots of climbing ahead.  3849ft summit.  I was going pretty slowly at this point and really unhappy with how I was riding.. but my legs just didn’t have any juice. 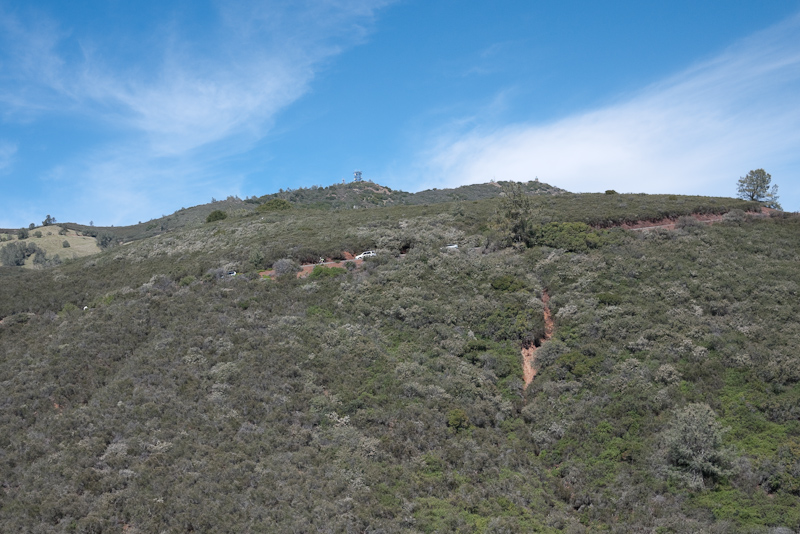 We finally reached the saddle point where North Gate and South Gate road meet.  We saw a few AIDS LifeCycle riders who were part of the organized ALC ride.  It was pretty inspiring to see people tackle that climb for the first time.  I felt better after a little bit of rest and some calories, but things got tough again as soon as we started climbing.  My annoyance at my body kind of shifted towards anger as I decided that I’d push harder up the second half of the climb to get it over with.  It felt like a race.  I was yelling and cussing at my legs with every pedal stroke to get them to spin.  At one point, I looked to my right (above photo) and thought to myself, “Are you freaking kidding me?”.  Pretty steep pitch.  This was my third time climbing Mt. Diablo and I didn’t remember it being so hard the last two times.  Maybe I was in better shape, or maybe my body just needed a lot more rest. 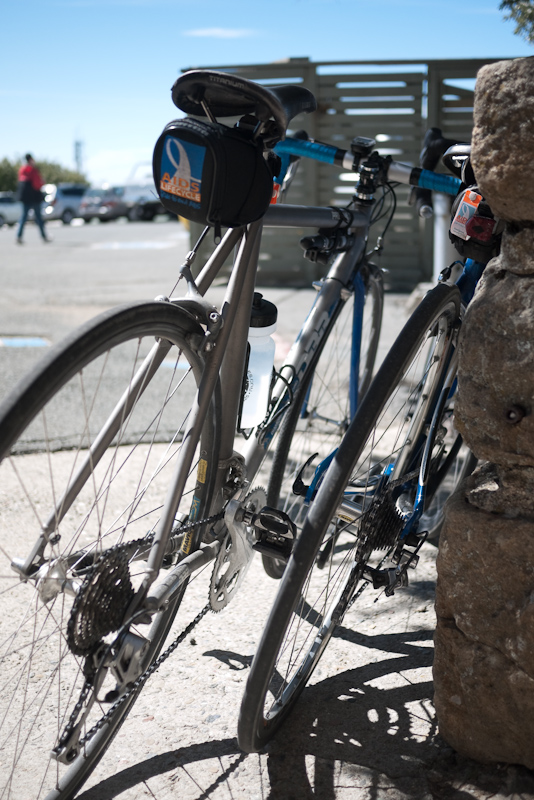 We finally made it to the top.   It was a pretty day and was popular for motorists as well as cyclists.  At the summit, there was a line of cars about 6 or 7 deep waiting to find a parking space.  As I sat catching my breath, I even saw a bit of an argument when one person took a parking space that someone else had been waiting for.  My girlfriend got us a snickers bar for a celebratory snack since they ran out of ice cream. 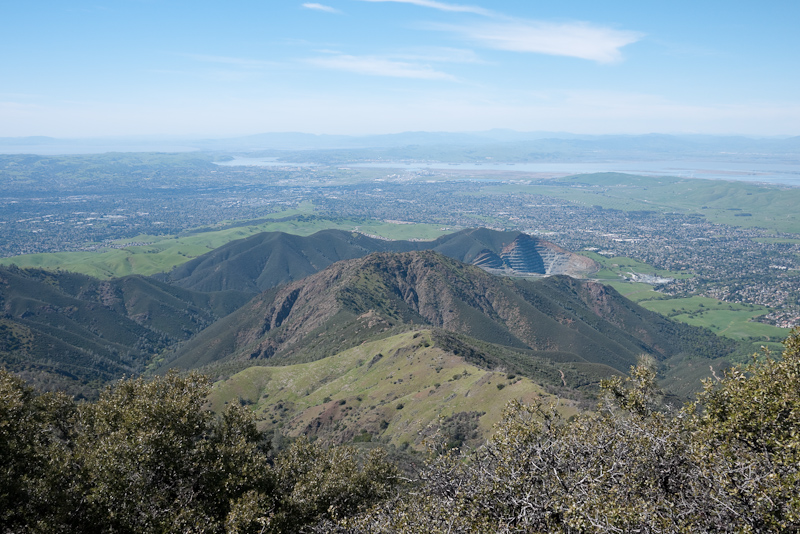 View from the summit.  The observation deck was closed due to leaks but the views were still nice. 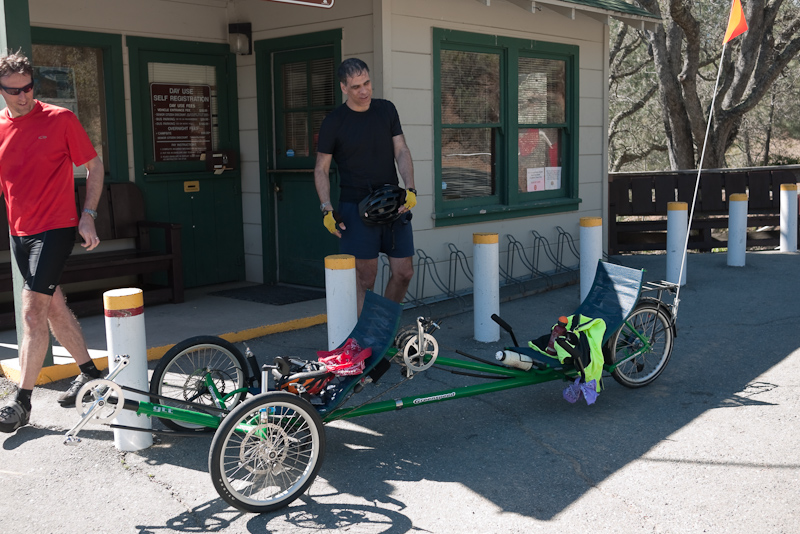 It was a bit chilly descending from the summit back to the saddle point but I didn’t mind since I enjoy the descents.  My fingers were a little tired from braking though.  We met these two guys riding a greenspeed recumbent tricycle.  Looked like a pretty sweet setup.  They said it was hard to climb but the descents were fast as anything.  I was feeling much better at this point since, of course, the hard part was over. 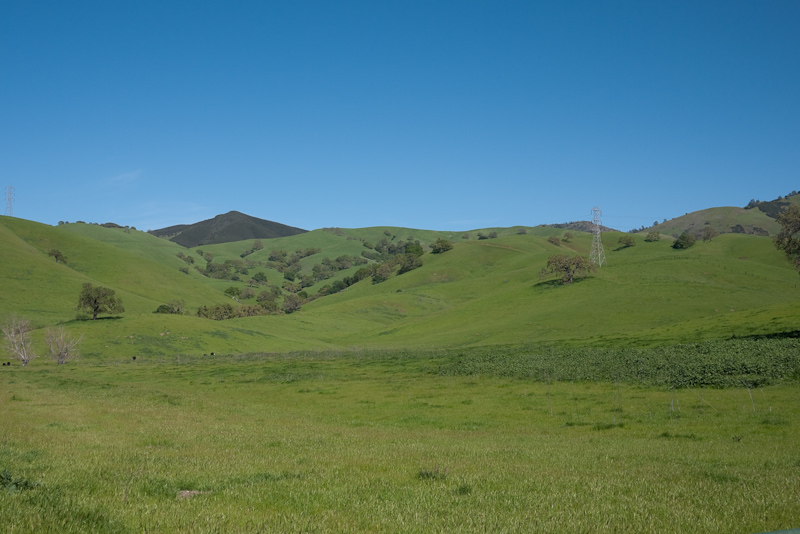 We took off and headed all the way down to the base.  I waited for a bit to rest, took a picture or two and then WHOOSH, saw the recumbent trike go flying by with one of the guys waving.  I’d love to try one sometime.

We rode back to Walnut creek BART and called it a day.  49 miles in all. 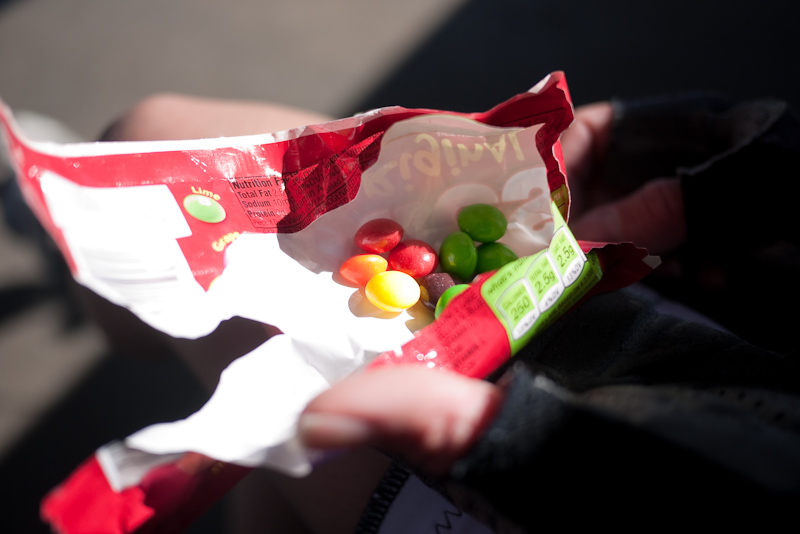 Skittles for a post-ride snack

I heard news yesterday of a cyclist killed in a hit and run by a Ford F-150 while riding a 600k in Southern California.  Really sad story and the guy was a friend of friends.  It’s sometimes hard to work out in your head that despite having the strength to be able to ride 375 miles in one go, our bodies and lives can be so fragile – and that one person’s mistake or impairment can destroy all of that in a matter of seconds.

One thought on “Mount Diablo”