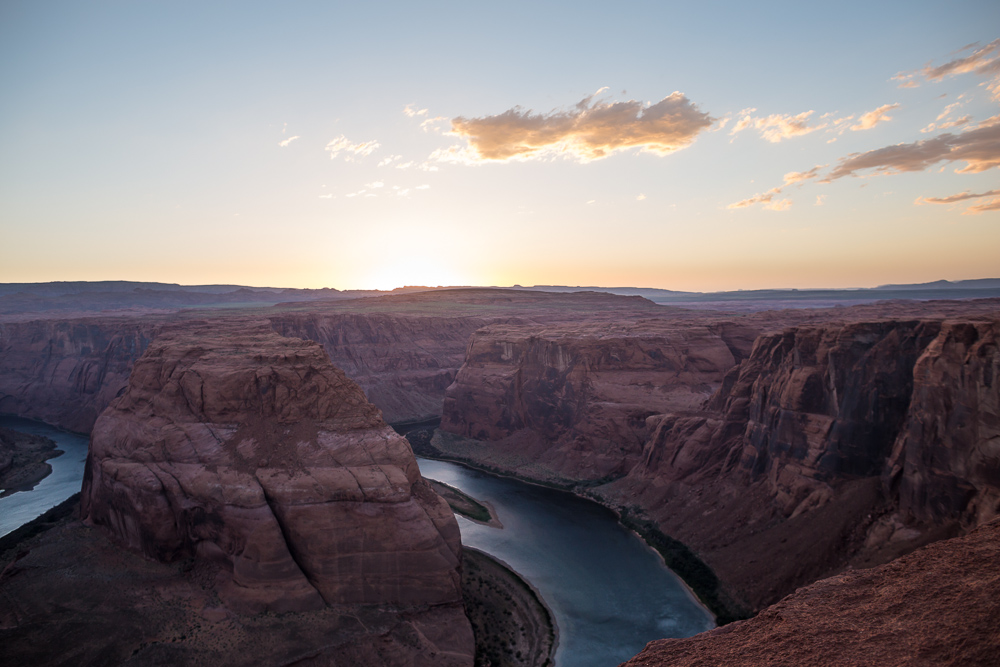 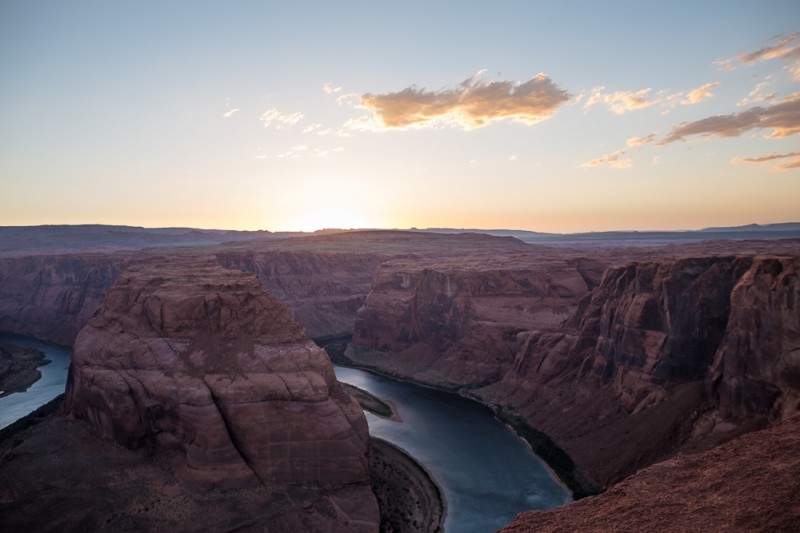 I don’t know how else to describe it.  It’s not an isolated spot, but the fifty or more other people there who are also admiring the view don’t take away from the magic.

But where is Horseshoe Bend?  It’s at the Northern tip of Arizona, just south of Lake Powell.  The nearest city is Page, which is only 4 miles away.  It was created by the Colorado river and the cliffs are about 1000 feet above the water level.  It’s a 10 minute drive from Antelope Canyon, so I’d definitely recommend seeing both of them if you’re in the area.

We approached from the west and stopped for a minute at Glen Canyon Dam to enjoy the orange cliffs and reaffirm my fear of heights.  From there, it’s just 5 or 6 miles down Highway 89, slightly past Page.

There’s a parking area off of the highway, and then a 20 minute walk up and then back down to the cliff’s edge through some fine red sand. 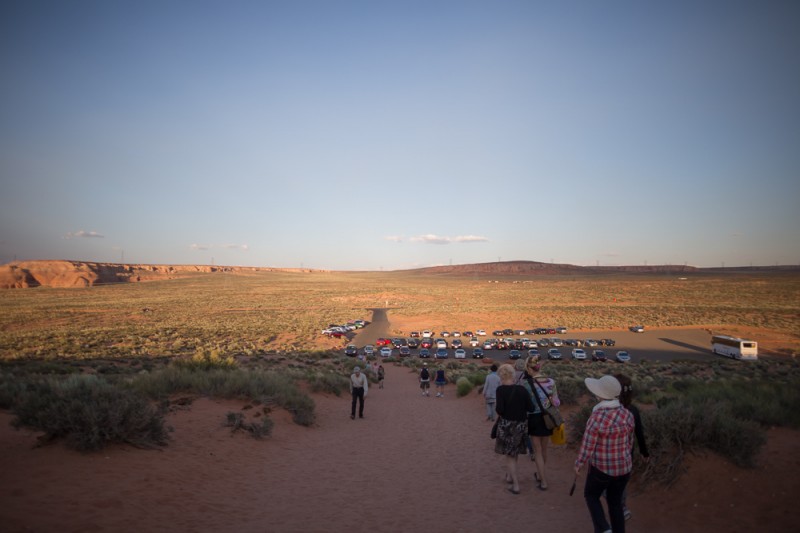 There was a stream of people headed in both directions.  Many of the folks that were headed to the overlook had the same plan of catching the sunset over the bend. 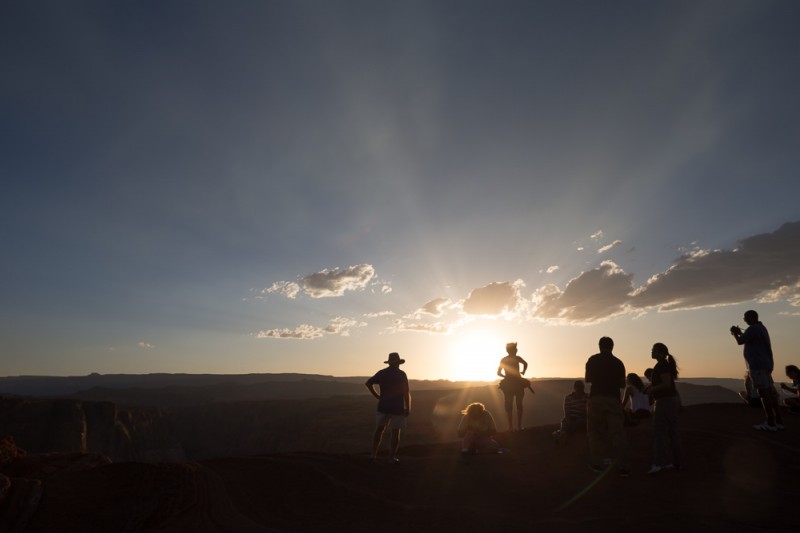 The overlook was windy and sandy.  When the breeze picked up, I could feel little bits of sand pelting my face and skin.  It made me think of what millions of years of this light sandblasting does to stone.

Once you look over the edge, it’s amazing. 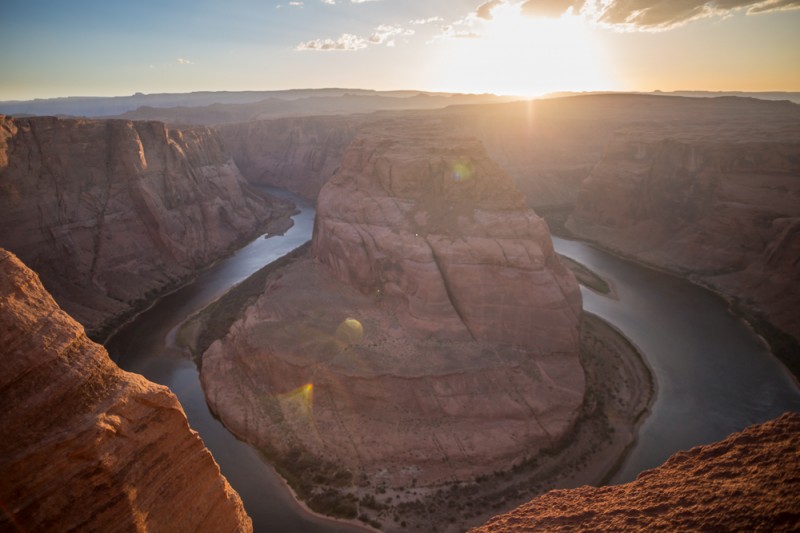 Many folks had their phones or cameras out, but others were content to just sit and enjoy the view.  Some photographers had tripods set up.  One group of people were even taking a series of photos with different outfits and model poses.

Though there were a decent number of people around, there were plenty of places where you could squeeze in and peer over the edge.   It is kind of scary.  I was surprised to learn that only one person has died falling off of the cliff in the last 20 years or so. 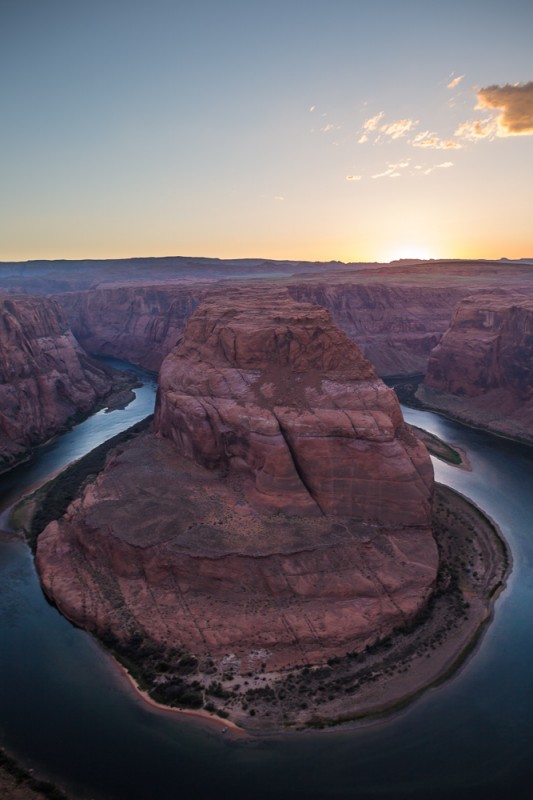 By the time the sun went down, the crowd had thinned out a bit.  We hung around and watched the sky and the bend for another 15 minutes, then walked back to the car. 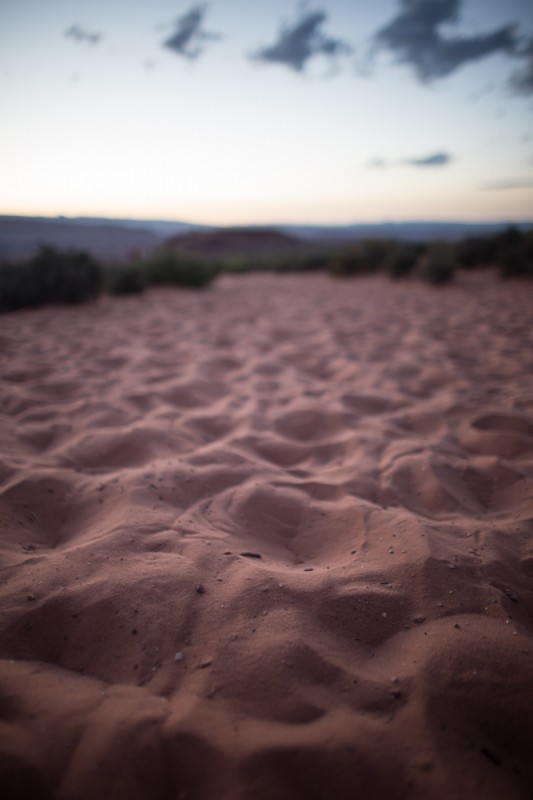 You could see the lights of Page in the distance. 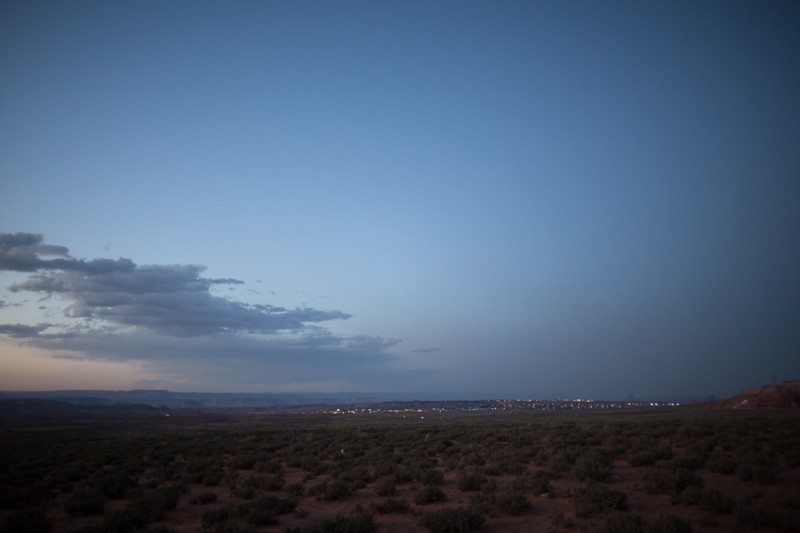 Our experience at Lower Antelope Canyon, in Page, Arizona with Ken’s Tours